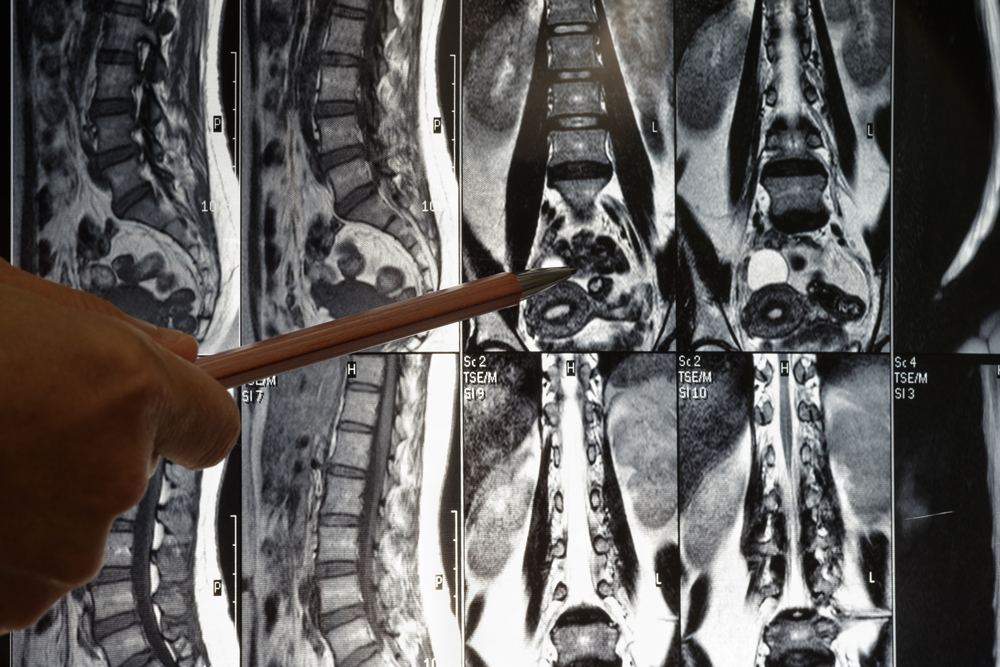 For nerve fibers to properly function they require genetic programming to switch on axon growth, a molecular pathway for the fibers to grab and grow along; and a trail of protein breadcrumbs that entice the axons to grow in a particular direction.

All three conditions are active when humans develop in the womb and shut down after birth, with the genes that control the growth programs still sleeping within the body. The researchers sought to reawaken the genes and then launch the entire process.

In testing with mice, the researchers found that the axons not only grew through scars, but also transmitted signals across damaged tissue.

“The idea was to deliver a sequence of three very different treatments and test whether the combination could stimulate disconnected axons to regrow across the scar in the injured spinal cord,” lead author Michael Sofroniew, a professor of neurobiology at the David Geffen School of Medicine at UCLA, said in a statement. “Previous studies had tested each of the three treatments separately, but never together. The combination proved to be the key.”

The researchers first reactivated nerve cells in the spinal cords by injecting mice with a treatment packaged in harmless viruses. After two weeks, they anesthetized the animals and disconnected the axons in the lower spinal cords to affect only their hind legs.

Two days following the injury, the scientists administered a second treatment into the lesion to create new pathways where the axons prefer to grow. They then released a third set of molecules called chemo-attractants that allow the axons to sniff out a target destination—the spinal cord tissue remaining on the other side of the scar from the injury.

“Not only had axons grown robustly through the scar tissue, but many fibers had penetrated into the remaining spinal cord tissue on the other side of the lesion and made new connections with neurons there,” Sofroniew said.

While the three-pronged approach worked, animals that did not undergo the combined treatment exhibited no axon regrowth across the injury lesion. The rodents’ ability to move also did not improve.

“We expect that these regrown axons will behave like axons newly grown during development–they do not immediately support coordinated functions,” Sofroniew said. “Much like a newborn must learn to walk, axons that regrow after injury will require training and practice before they can recover function.”

The researchers repeated the test several times in both mice and rats. They also tested whether the newly regrown axons could conduct electrical activity in live animals.

“When we stimulated the animal’s spinal cord with a low electrical current above the injury site, the regrown axons conducted 20 percent of normal electrical activity below the lesion,” Sofroniew said. “In contrast, the untreated animals exhibited none.”