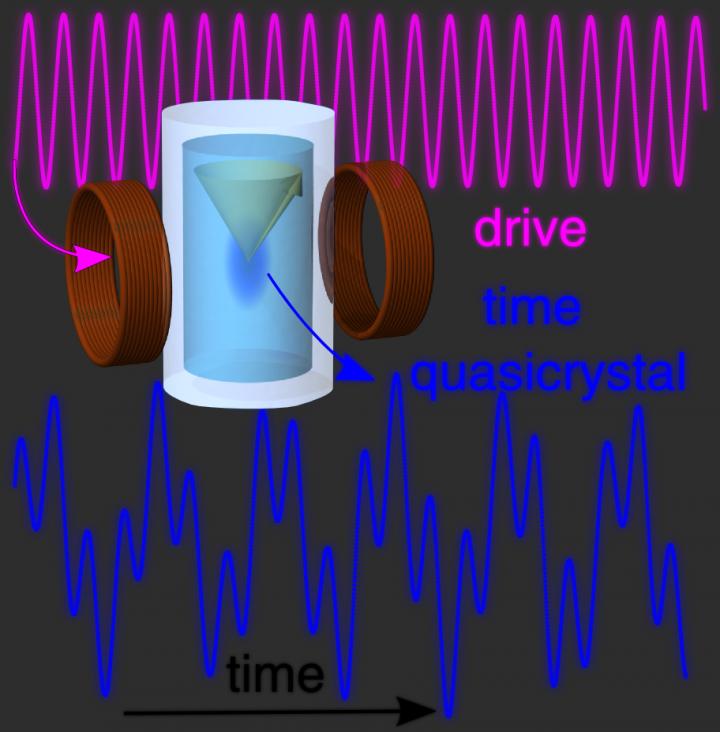 An Aalto University study has provided new evidence that time crystals can physically exist – a claim currently under hot debate.

A time crystal is a structure that does not repeat in space, like normal three-dimensional crystals such as snowflakes or diamonds, but in time. In practice this means that crystals constantly undergo spontaneous change, breaking the symmetry of time by achieving a self-sustaining oscillation.

The value is in the time crystal’s coherency, a property that allows temporal and spatial consistency, amounting to longevity otherwise not possible.

‘Nature has given us a system that wants to be coherent over time,’ says Senior Scientist Vladimir Eltsov, leader of the ROTA research group at Aalto University.

‘The system spontaneously begins to evolve in time coherently, over long periods of time, even infinitely long,’ he shares.

With more understanding, the coherent nature of a time crystal may pave the way for eventual real-world applications. Researchers are hunting for systems that preserve coherence over the long term to make, for example, quantum information processing devices, but they struggle with sources resistant to decay.

Until recently, there has been little experimental evidence of the phenomenon. Physicists around the world have been racing to determine if – and how – these unique structures can be observed.

‘There has been a lot of theoretical papers, but very few practical realizations. So ours is one of the few, and the first to demonstrate quasi-crystals,’ says Eltsov explains.

By understanding the fundamentals of time crystals – as in, when and how they materialize – researchers may be one day able to harness these principles to develop coherency in other devices, regardless of environmental factors.

The finding, achieved by studying the Bose-Einstein condensation of magnons in superfluid Helium-3, also has implications for other branches of physics.

In the future it may even be possible to look at time itself, including the possibility of constructing the boundary between time going forward and back, as theory suggests.

‘It is an entire universe of study,’ Volovik emphasizes.

The scientists observed the time quasicrystal and its transition to a superfluid time crystal at the Low Temperature Laboratory at Aalto University in Finland, which has a long-standing history of research on superfluidity.

The results of the study, funded by the European Research Council, were published in Physical Review Letters on May 25, 2018.