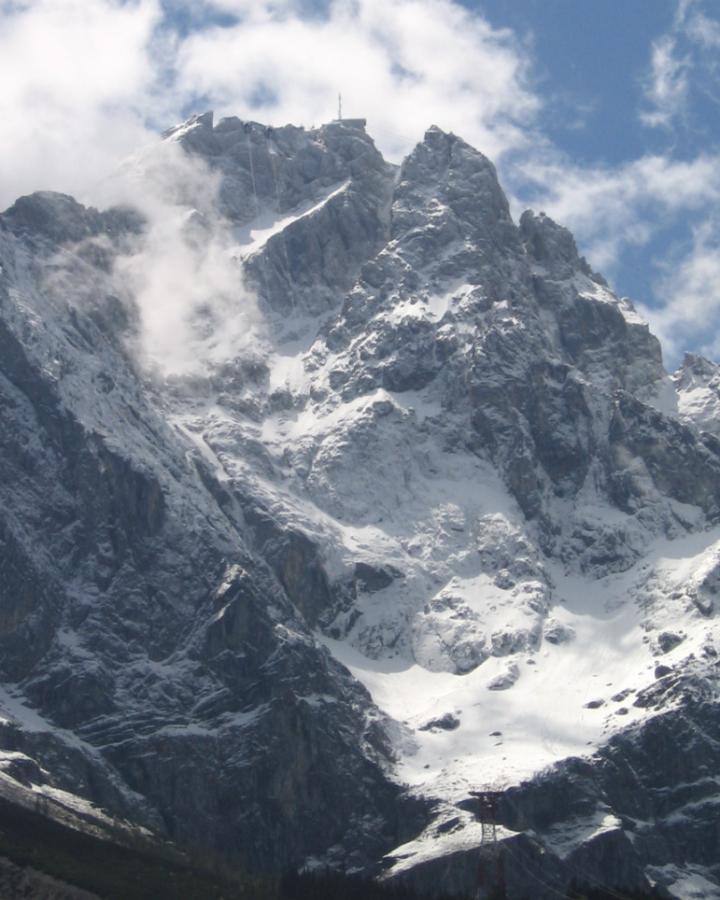 Two of the six limestone block samples used in University of Sussex’s Permafrost Lab were from the north face of Zugspitze (the highest mountain in Germany). Source: Technical University of Munich

The risk of mountain rock falls in regions with sub-zero temperatures, such as the Swiss Alps and parts of Canada, could be better predicted by using technology which measures ‘tiny earthquakes’ – according to a group of international experts.

In a new study led by the University of Sussex, geoscientists from the British Geological Survey and the Technical University of Munich reveal that using a micro-seismic technique, which detects tiny earthquakes which cause cracks in the rock, alongside modern electrical imaging technology, which measures rock mass, would provide scientists with much earlier warnings of potential rock falls.

Traditionally scientists use a manual method to monitor rock freezing and thawing, which involves drilling holes into rocks and is affected by frost weathering. During the new study the scientists replicated the conditions of a freezing environment in the Permafrost Laboratory at the University of Sussex and monitored the freeze-thaw of six hard and soft limestone blocks during an experiment that simulated 27 years of natural freezing and thawing.

By using the micro-seismic technique together with capacitive resistivity imaging, which measures freezing and thawing in limestone without having to drill into the rock, the study team recorded a staggering 1000 micro-cracking events.

With previous studies showing that higher temperatures, caused by global warming, have led to more unstable mountain rocks – the scientists, who took part in the new study, believe that using the two monitoring techniques together could prove vital for thousands of skiers and mountain climbers who undertake trips every year.

Professor Julian Murton, from the University of Sussex, who led on the study, said: “As our climate warms mountain rock walls are becoming more unstable – so working out how to predict rock falls could prove crucial in areas where people go climbing and skiing.

“Understanding the impact of freezing and thawing on bedrock is vital if we are to assess the stability of mountain rock walls. By using these two techniques together we have not only identified a practical method which allows us to monitor many more cracking events – but also one which can be used for many years to come.”

Dr Oliver Kuras, from the British Geological Survey, who led on the development of geo-electrical imaging technology, said: “It is traditionally difficult to reliably ‘see inside rock walls’ using conventional electrical imaging methods, particularly when repeating surveys over time.

“With our new capacitive resistivity imaging technology, we have extended the advantages of state-of-the-art geo-electrical monitoring to hard rock environments, which should benefit geohazards research in the future.”

Professor Michael Krautblatter, from the Technical University of Munich, added: “With this study we could virtually visualise and listen to the cracking of rocks and we can now better understand how rock slopes become unstable and produce hazardous rock falls.”