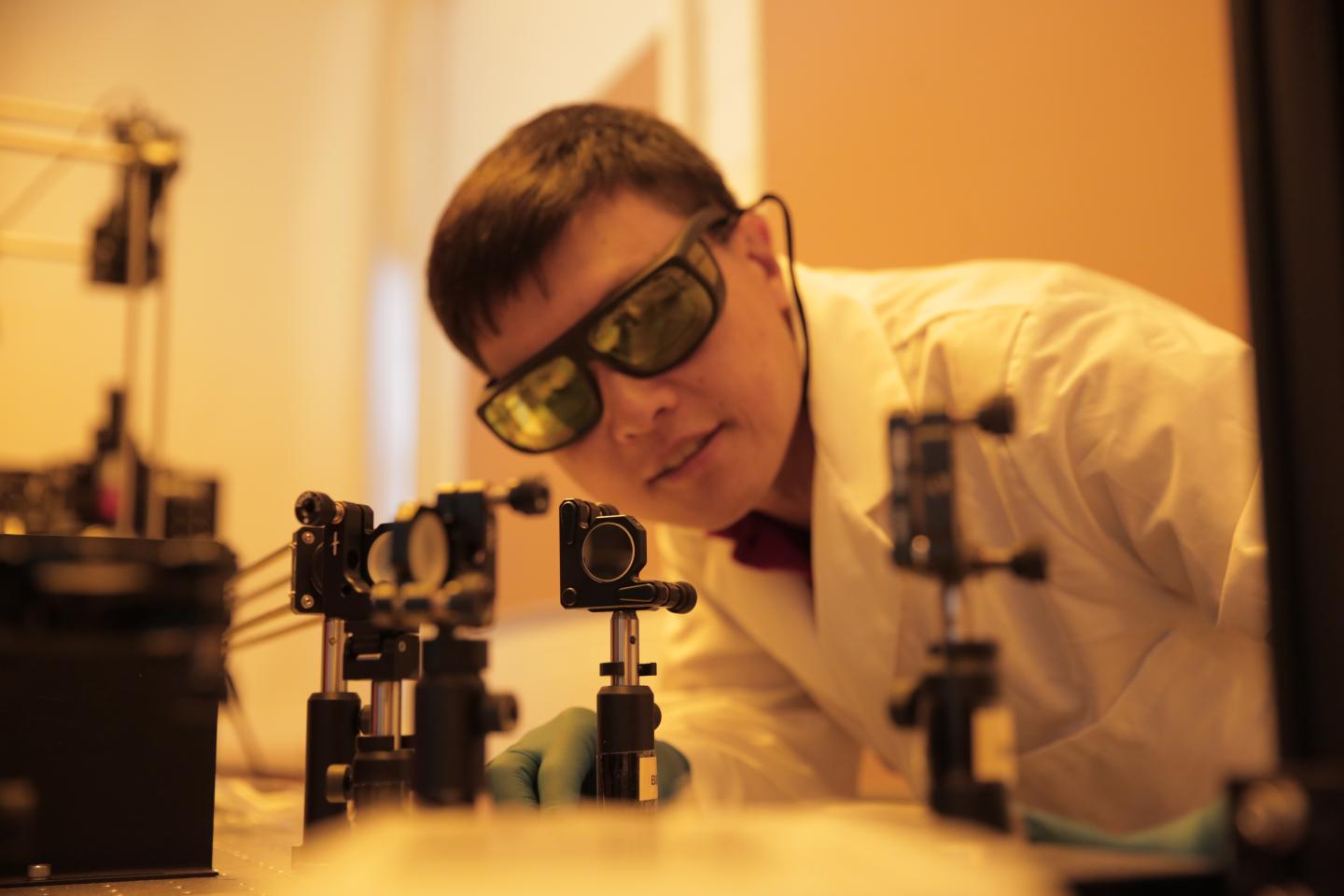 New-generation lateral solar cells promise to be the next big thing for compact devices because arranging electrodes horizontally allows engineers to sidestep a traditional solar cell fabrication process: the arduous task of perfectly aligning multiple layers of the cell’s material atop one another.

“From a fabrication point of view, it is always going to be easier to make side-by-side structures,” says Hongrui Jiang, a UW-Madison professor of electrical and computer engineering and corresponding author on the paper. “Top-down structures need to be made in multiple steps and then aligned, which is very challenging at small scales.”

Top-down photovoltaic cells are made up of two electrodes surrounding a semiconducting material like slices of bread around the meat in a sandwich. When light hits the top slice, charge travels through the filling to the bottom layer and creates electric current.

In the top-down arrangement, one layer needs to do two jobs: It must let in light and transmit charge. Therefore, the material for one electrode in a typical solar cell must be not only highly transparent, but also electrically conductive. And very few substances perform both tasks well.

Instead of building its solar cell sandwich one layer at a time, Jiang’s group created a densely packed, side-by-side array of miniature electrodes on top of transparent glass. The resulting structure — akin to an entire loaf of bread’s worth of solar-cell sandwiches standing up sideways on a clear plate — separates light-harvesting and charge-conducting functions between the two components.

“We easily beat all of the other lateral structures,” says Jiang.

“In other structures, a lot of volume goes wasted because there are no electrodes or the electrodes are mismatched,” says Jiang. “The technology we developed allows us to make very compact lateral structures that take advantage of the full volume.”

Packing so many electrodes into such a small volume boosted the devices’ “fill factors,” a metric related to the maximum attainable power, voltage and current. The structures realized fill factors up to 0.6 — more than twice the demonstrated maximum for other lateral new-generation solar cells.

Jiang and colleagues are working to make their solar cells even smaller and more efficient by exploring materials that further optimize transparency and conductivity. Ultimately they plan to develop a small-scale, flexible solar cell that could provide power to an electrically tunable contact lens.