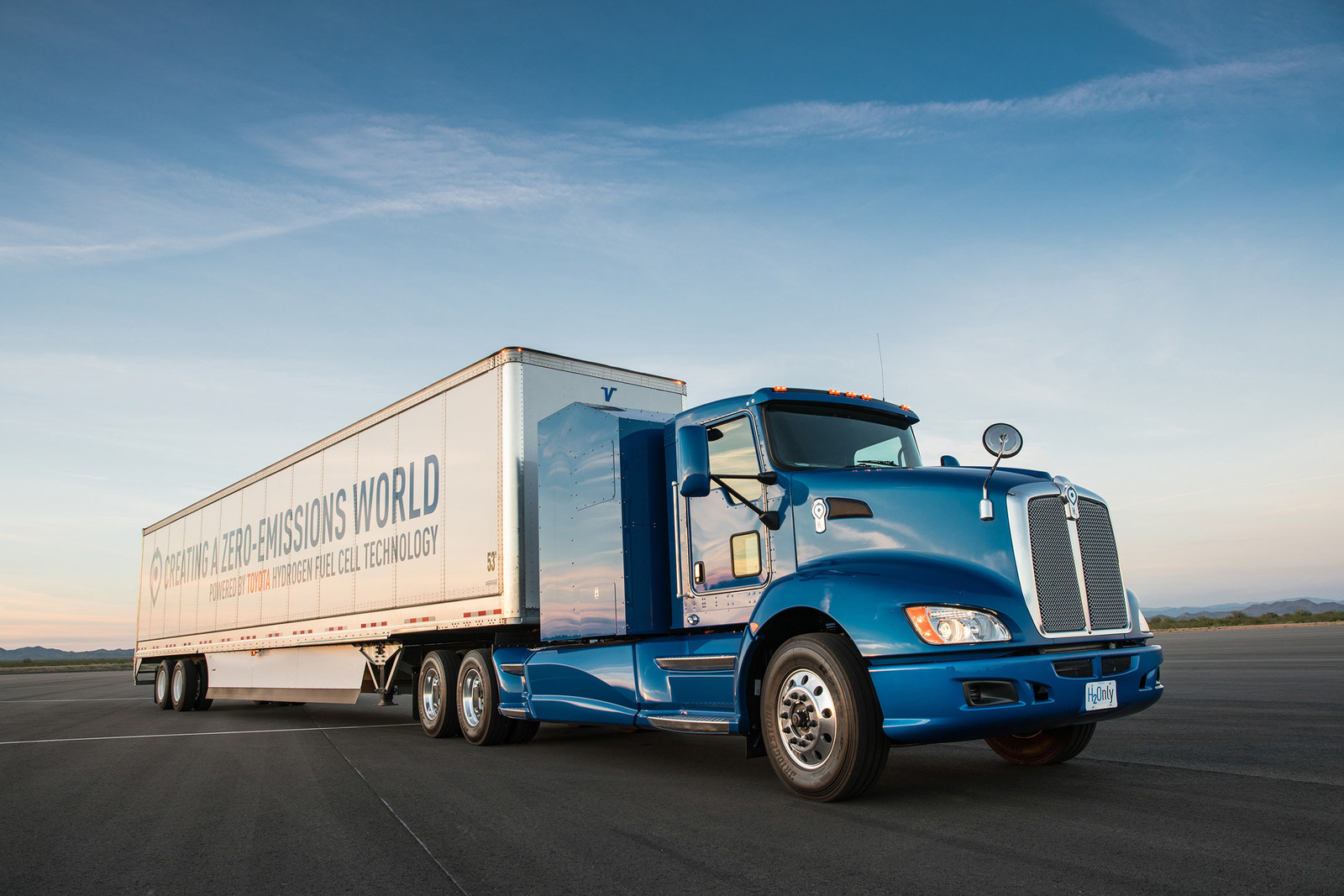 Toyota announced a new initiative on Wednesday aimed at advancing its work in vehicles powered by alternative energy sources.

The automaker unveiled Project Portal, which is a novel hydrogen fuel cell system designed for heavy duty truck use at the Port of Los Angeles.

“Toyota believes that hydrogen fuel cell technology has tremendous potential to become the powertrain of the future,” said Bob Carter, the Executive Vice President of Toyota Motors North America, in a statement. “From creating one of the world’s first mass market fuel cell vehicles, to introducing fuel cell buses in Japan, Toyota is a leader in expanding the use of versatile and scalable zero-emission technology. With Project Portal, we’re proud to help explore the societal benefits of a true zero emission heavy-duty truck platform.”

A proof-of-concept truck powered by this fuel cell will be part of a feasibility study held at the Port this summer, with the goal of examining the potential of this technology in heavy-duty applications.

The test vehicle will produce more than 670 horsepower and 1,325 pound feet of torque from two of these novel fuel cell stacks along with a 12kWh battery. Overall, the combined weight capacity is 80,000 pounds that will be carried over 200 miles.

According to the announcement, the truck will conduct port drayage operations, essentially transporting cargo over a short distance at the facility. The trucks emits nothing but water vapor.

Toyota’s hope is that this experiment will produce data to help create a fleet of zero-emission trucks, while also providing a new way to reduce emissions at the Port, as these vehicles contribute to a significant percentage of annual emissions.

This could further the Port’s Clean Air Action Plan. This program was implemented in 2005 as a way to lower harmful emissions from operations at the Ports of Long Beach and Los Angeles.

Representatives from the California Energy Commission and California Air Resources Board (CARB) were in attendance at this meeting. These institutions said they will monitor the results of this study as they seek to create new regulations and infrastructure to support an expansion of the hydrogen fuel cell market.

“That’s why the California Energy Commission is investing in the refueling infrastructure needed to support adoption of these vehicles,” continued Commissioner Scott elaborating that this demo will illustrate how fuel cells can support the heavy-duty sector’s efforts to increase efficiency and competitiveness in the transition to zero-emission technologies.

“CARB will be following the progress of this feasibility study with interest, as we look to develop the best mix of regulations and incentives to rapidly expand the market for the cleanest, most efficient big trucks to meet the need for dramatic change in the freight sector,” explained Mary D. Nichols, Chair, California Air Resources Board (CARB), in a statement.

This is not Toyota’s first attempt at producing a hydrogen-powered vehicle. The automaker began selling its hydrogen-powered Mirai sedan in the US in 2015, but recent reports suggest the company has only sold several hundred units, according to The Verge.

This concept appears similar to something Elon Musk proposed on April 13, reported The Verge.

The entrepreneur’s electric car company Tesla will reveal its own electric-tractor trailer in September.