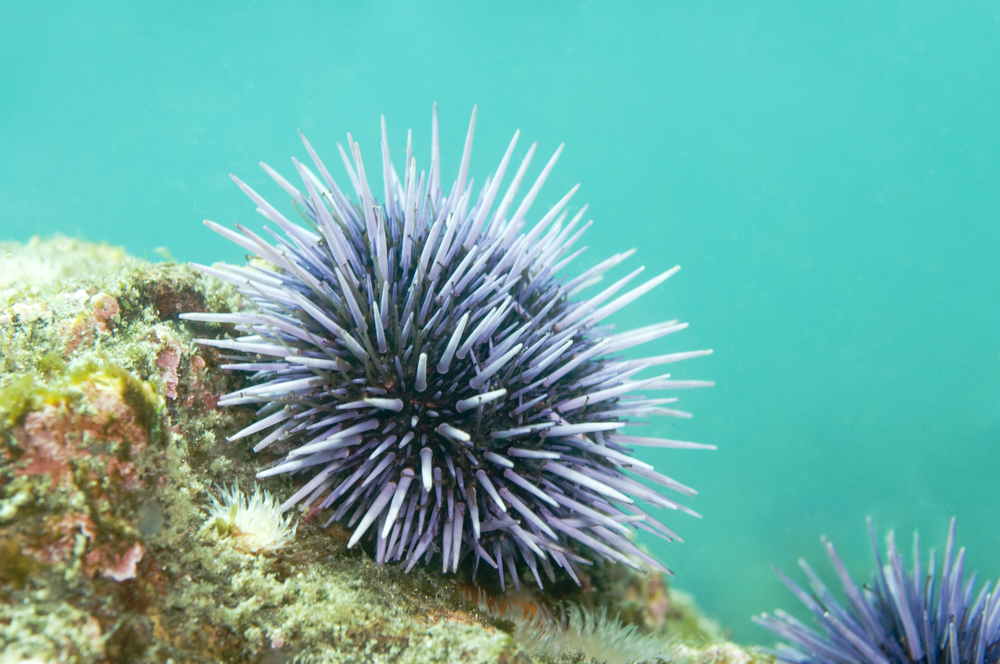 The balmy waters of the Caribbean could turn into a deadly heat trap for countless tiny creatures. Authors of a new study conducted at the Smithsonian Tropical Research Institute (STRI) in Panama discovered that microscopic sea urchin eggs and larvae may suffer stunting or death when the water temperature spikes just a couple of degrees above normal, adding to the impact of climate change in already warm tropical oceans.

Sea urchins, pincushion-shaped relatives of the starfish, graze the sea floor from shallow coastal areas to deep ocean vents from pole to pole. Their young look nothing like them. Adults release millions of eggs and sperm into the water, which develop into pinprick-sized free-swimming larvae. Only a minute fraction will survive and metamorphose into adults. Scientists think the developmental stages from egg to larvae are extra sensitive to temperature changes, but very few studies compare the vulnerability of the offspring to that of the adults.

“That’s because they’re tiny and generally inaccessible,” said Rachel Collin, STRI staff scientist and lead author of the new study, published in Ecology and Evolution in July. She and coauthor Kit Yu Karen Chan, now at the Hong Kong University of Science and Technology, collected and studied sea urchins from the lagoons around Bocas del Toro, Panama, which normally experience temperatures around 27 to 29 degrees Celsius (C). They exposed adults and offspring in various developmental stages to two hours of acute heat stress by placing them in water baths with temperatures ranging from 28 to 36 degrees C.

“We were surprised at how close these experimental temperatures were to what they already experience in the Caribbean,” Collin said.

Field-station recordings show that near one of the collection sites in Bocas del Toro, water temperatures exceeded 30 degrees C during the two warmest months of the year. Larvae may be less tolerant of such conditions than adults.

Temperatures in the tropics continue to rise as a consequence of climate change, giving shallow-water sea urchins few survival options: acclimate to their new normal or shift to cooler, deeper waters or higher latitudes. The microscopic larvae develop during a critically short period of days to weeks and drift according to the currents.

Collin and Chan are gathering data for eight other species of sea urchins, including two species of sand dollar. They hope to compare differences in temperature tolerance in adults and offspring across species, which may help them identify which ones are the most sensitive to heat stress. Collin pointed out that while their experiments give them an upper limit for acute stress–such as midday with the sun directly overhead–long-term, chronic stress due to gradually warming waters may be just as detrimental but harder to measure.

“We can document the tolerance limits of these animals in the lab,” Collin said. “But we still don’t understand the impact of warming on sea urchin populations in the wild. No one really knows where the currents might sweep the tiny larvae and what temperatures they are exposed to once they leave the reef.”