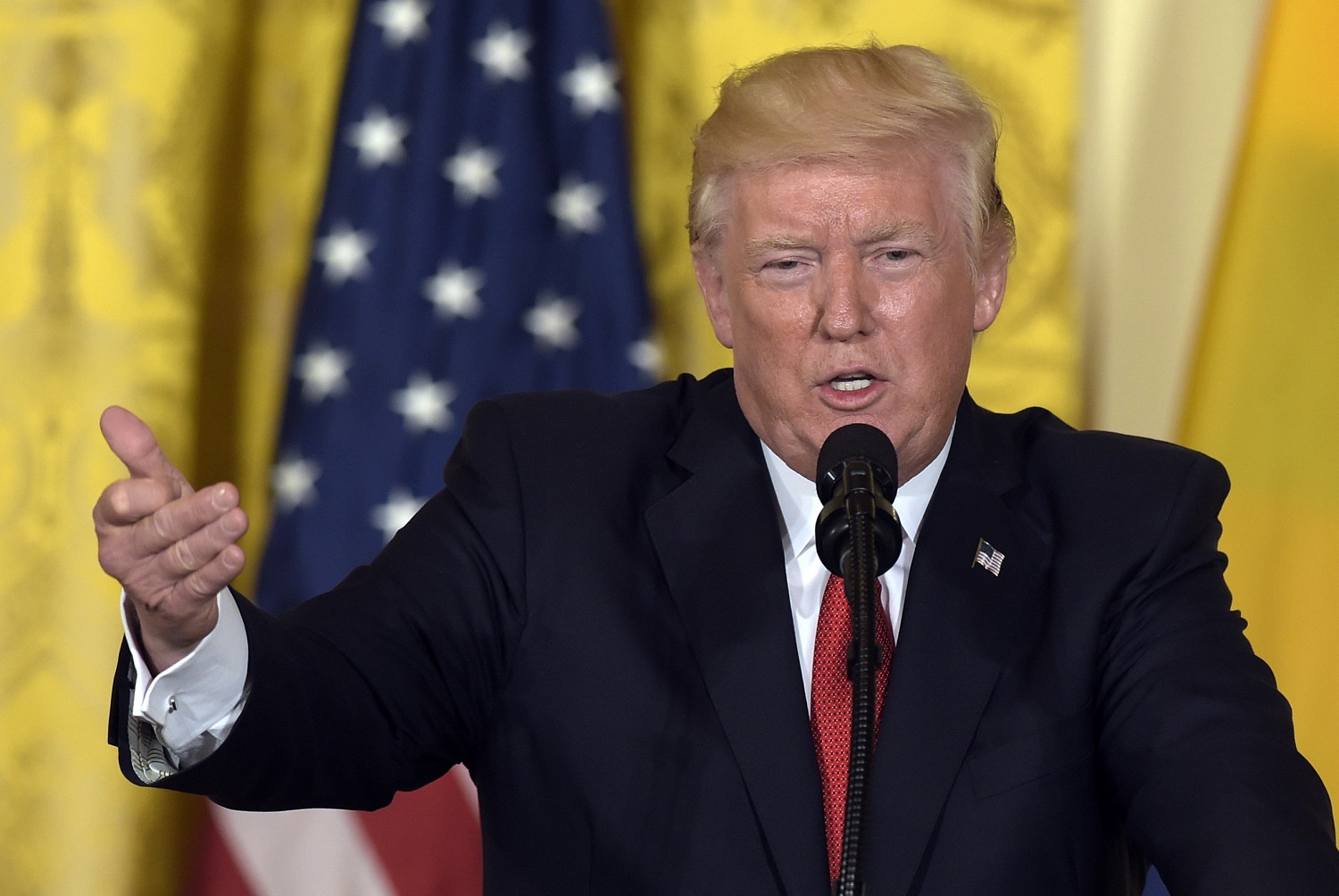 Bucking the findings and beliefs of the vast majority of the international scientific community, President Donald Trump has unilaterally withdrawn the United States from the Paris climate change agreement reached in 2015.

The move reverses the pledge made by then-President Barack Obama to limit carbon emissions and other environmental impacts, as part of the 192-nation coalition to keep global temperature rise to two degrees celsius for the remainder of the 21st century. Trump claimed “negotiations” to get back into a deal would take place in the future.

“We’re getting out… we’ll see if we can make a deal that’s fair,” Trump said, after lengthy comments about terrorism and the economy. “We’re following through on our commitments, and I don’t want anything to get in our way.”

The United States thus joins Nicaragua and Syria as the group of nations to opt out of the international accord. (Syria is in midst of a civil war, and Nicaragua kept out of protest that the terms did not go far enough).

Trump said the deal and its costs were unfair to the U.S., variously referring to it as “draconian” and “onerous.”

Many within the Trump Administration, including his daughter and advisor Ivanka Trump and Secretary of State Tex Tillerson (a former Exxon CEO) argued publicly to stay within the agreement.

But the president had already made moves to dismantle Obama’s climate change legacy. Just two months into office, Trump signed a March executive order which reversed much of the climate change policy and regulations instituted by his predecessor over two terms. The executive order was part of the “America First Energy Plan” which has touted the use of fossil fuels, especially from a coal industry in decline. Trump also appointed multiple opponents of climate change theory to key posts in his administration, like Scott Pruitt, the administrator of the Environmental Protection Agency, who made a name for himself as Oklahoma Attorney General by suing the agency he now helms over the Obama-era climate change regulations.

Before entering politics, Trump had used his Twitter account to blast the theory of climate change as a “hoax” that was created by the Chinese to hurt American manufacturing and industry. Trump later claimed that tweet was a joke.

Indeed, China and Europe have apparently starting collaborating on ways to save the terms of the climate-change agreement, despite the expected U.S. withdrawal, according to Reuters and other reports. The European Union-China Summit is currently underway this week – and China is expected to capitalize on an increasing policy and ideological divide between U.S. and its traditional allies such as Germany and France.

An “international responsibility” exists to act on the global threat, the Chinese premier said in a public message to Trump before the announcement.

Trump’s decision wasn’t assured, but some expected it. Science groups were ahead of the announcement, warning against the action Trump had appeared to head toward.

“There is much the United States can do to address the risks the climate change poses to human health and safety, but disregarding scientific evidence puts our communities at risk,” said Rush Holt, former U.S. Congressman and current CEO of the American Association for the Advancement of Science. “The scientific evidence is clear: climate change is happening and impacting people and our environment today.”

China, Europe and the rest of the world appear to be doubling down on their Paris pledges, according to some onlookers.

“The (EU-China) Summit shows that climate protection is and will remain top priority in the international cooperation, no matter what the US administration does,” said Wendel Trio, director of the Climate Action Network Europe. “The strengthened climate alliance between the EU and China should trigger more climate action. This will smooth the way for the two powers to ramp up their Paris climate pledges by 2020, when they are due to be resubmitted. Both are set to overachieve their targets and can afford to make an even bigger contribution.”

The Trump Administration has placed its priority on the economy, according to months of briefings at the White House and a litany of “America First” policies.

“The Trump Administration is also committed to clean coal technology, and to reviving America’s coal industry, which has been hurting for too long,” according to a White House policy statement. “In addition to being good for our economy, boosting domestic energy production is in America’s national security interest.”

The economy is paramount, said a senior White House official in March, adding that “to the extent that the economy is strong and growing and you have prosperity – that’s the best way to protect the environment.”

But the same official added that Trump “believes in manmade climate change.” The disparity has not yet been explained by the administration.

“Thanks to President Donald Trump, America is back,” said U.S. Vice President Mike Pence this afternoon.

“America finally has a leader that answers only to the people,” added Pruitt. “Other nations talk a good game, we lead with action.”

The international climate change agreement was signed in Paris by 192 nations in December 2015. It became international law late last year, with the support of the two biggest polluters, China and the U.S.

But the deal has always been incomplete. Opponents in the U.S. and elsewhere pledged to fight its implementation, while some scientists said the terms as they stand won’t be enough to reverse the course of global climate change. The accord also lacks independent monitoring and enforcement mechanisms – what some have seen as a key flaw in making sure pledges are actually being met.

Some states and local governments will continue to make environmental efforts, however. For instance, California has been a vocal opponent of Trump’s promises on multiple policies.

“The earth is round, the sky is blue, and climate change is real,” said Xavier Becerra, California’s Attorney General. “Regardless of Washington’s inaction, California will continue to lead the way on protecting our planet. We will fight the Trump Administration tooth and nail any time it tries to roll back our progress. The stakes are simply far too high.”

In the meantime, the world gets hotter. The warmest surface temperatures yet witnessed were recorded in 2016 – and it was the third straight year of setting the record.