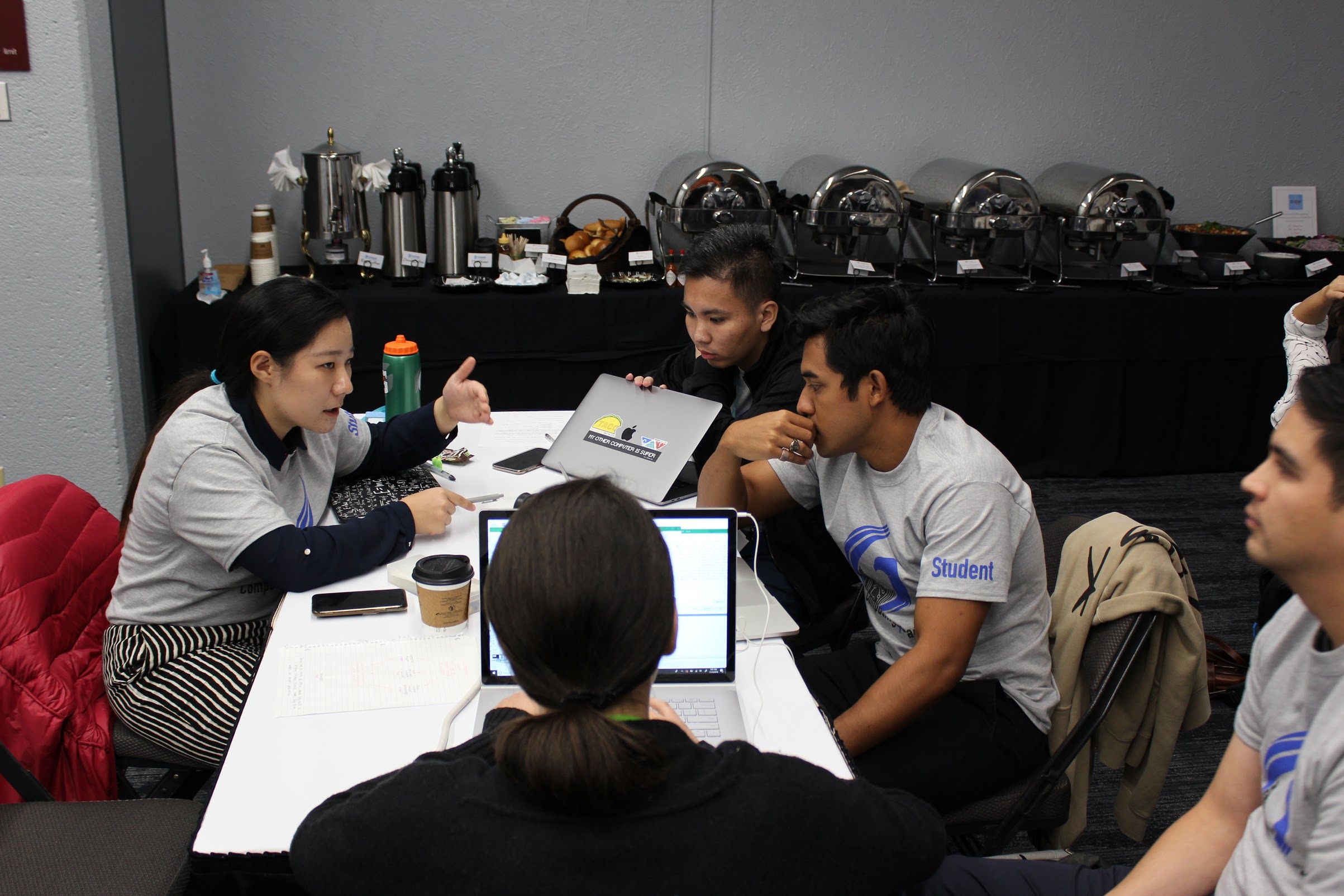 In November, two dozen students from across the U.S. and around the world teamed up to develop solutions to the issue of violence as part of the Computing4Change event, which empowers students to create change through advanced computing.

The program, now in its third year, was developed by Kelly Gaither and Rosalia Gomez from the Texas Advanced Computing Center (TACC), Linda Akli of the Southeastern Universities Research Association (SURA), and colleagues from various U.S. institutions.

“The Computing4Change competition is a 360 degree approach for exposing students to the relevancy and power of data and computational science to their disciplines and in driving social change,” said Akli, assistant director of Training, Education & Outreach at SURA. “In addition to programming, data analytics, and visualization skills, the students learn how to use the results of their data exploration to inform policy and funding decisions by local, state, and federal leaders.”

Over 48 hours, the students worked intensely to discuss how violence impacted their lives and communities, analyze available data on the topic, and develop computer-enabled solutions. They presented these solutions to an audience of supercomputing professionals at SC18, the International Conference for High Performance Computing, Networking, Storage, and Analysis, in Dallas, Texas.

Alexandra Hanson, a junior studying computer science at Clackamas Community College, noted the rapid and extreme rise in anti-Semitic violent incidents from 2015 to 2018. She wanted to know: Did misinformation online play a role in inspiring individuals to commit acts of violence? She cited examples like the Pizzagate conspiracy theory and the growth in hate group forums, which communicate and reinforce racist ideas.

“The data is shocking,” she concluded. “But there’s still reason for hope.”

Others discussed forms of violence that had struck close to home such as bullying, domestic violence and suicide.

Pai-Chu Chin, a Chinese-born student studying at Simmons College, presented several possible technological solutions to violence, including GPS receivers in firearms that could detect guns in prohibited areas and disable them.

“I’m a problem-solver and hope to use technology to make change,” Chin said. “Technology cannot solve these problems alone. But with human passion and determination, we can create tools to empower and transform the world.”

The students met in person for the first time at the SC18 conference, but their experience began six months earlier when they were selected from a pool of hundreds of applicants to attend the competition.

A committee of professionals from a wide variety of disciplines helped organize this year’s competition with input from program alumni. The program paid travel, accommodations, and conference costs for each participant and received support from the Extreme Science and Engineering Discovery Environment (XSEDE), SC conference series, and SIGHPC. The XSEDE Campus Champions and Broadening Participation team helped spread the word on college campuses to recruit the diverse participants.

Each competitor received a certificate for participating in the Computing4Change competition and the winning team received a $500 cash prize to be split evenly among team members.

For the first time since the program started, students were asked to participate in six online webinars in the months leading up to the competition. These introduced technical topics like data analytics and visualization, as well as more general topics like public speaking, team science, and critical thinking.

Once at the conference, organizers assigned students to one of five groups and informed them of the theme. They then worked for two-and-a-half days to develop their hypotheses, gather evidence, visualize their findings, and prepare 30-minute group presentations.

“I was so impressed to see these young people’s metamorphosis from tentatively examining issues to confidently presenting positions using supporting data,” said Sue Fratkin, a public policy analyst and guest instructor at the event.

“The mentors pushed us to weave our stories in and have the data to back up our conclusions,” said Clara-Nathele Trainer, a junior studying Forensic Science at Chaminade University of Honolulu.

The presentations ended emotionally, with the recitation of Ho’oponopono — a practice of reconciliation and forgiveness — by the native Hawaiian students.

It was easy to be moved by the sincerity of the students and the transformative impact of the experience they had undergone.

Nancy Wilkins-Diehr, a leading scholar at the San Diego Supercomputing Center and an audience member at the final presentation, said that this competition was among the most powerful experiences she had witnessed in 20 years of attending SC conferences.

“This will stick with me for the rest of my life,” Wilkens-Diehr said. “I feel so honored to be in this small room to be part of something so amazing and I wish the other 10,000 people at the conference could hear these compelling stories, backed up by data, and with feeling that we don’t see in so many presentations.”

“We’re all different people — really different, tackling the same issue together,” said Nainoa Norman Ing, a junior studying biochemistry at Chaminade University. “That’s powerful to me — coming together and working across different levels to solve problems.”

The students faced challenges over the course of the competition. They learned how difficult it is to find relevant, trustworthy data that could be easily compared and analyzed. They also learned how to recognize their own personal biases and remain open to what the data revealed. But the challenges were outweighed by the opportunity to apply their learning to something meaningful.

“As a computer science student, I often feel boxed in,” Claire Fiorino, a junior at San Diego State University, said. “The opportunity to do something interdisciplinary and apply my learning to social issues was fantastic.”