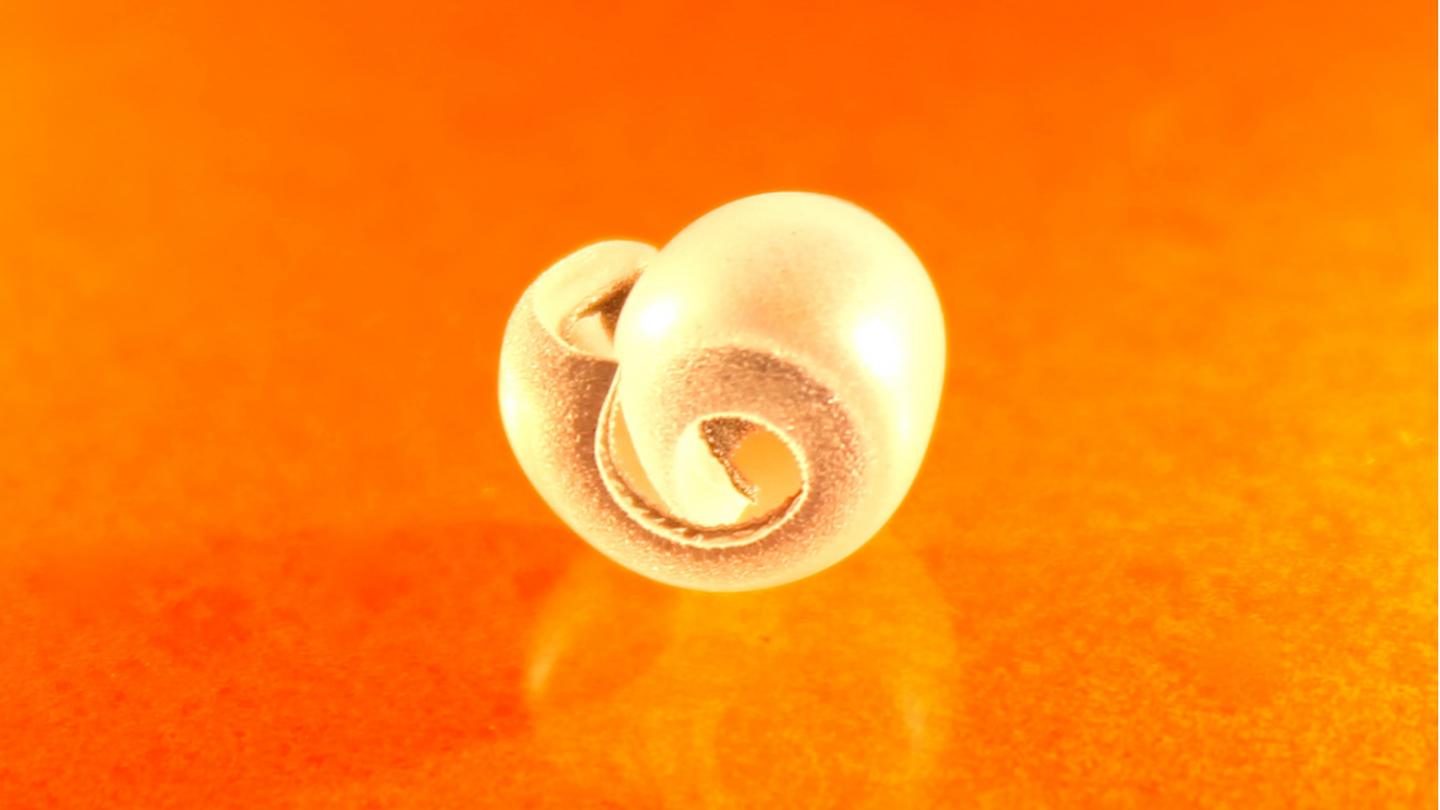 Researchers at North Carolina State University have developed a technique that uses light to get flat, plastic sheets to curve into shapes such as spheres, tubes or bowls. Source: Amber Hubbard

Researchers at North Carolina State University have developed a technique that uses light to get two-dimensional (2-D) plastic sheets to curve into three-dimensional (3-D) structures, such as spheres, tubes or bowls.

The advance builds on earlier work by the same research team, which focused on self-folding 3-D structures. The key advance here is that rather than having the plastic fold along sharp lines — into polygonal shapes such as cubes or pyramids — the plastics bend and curve.

Researchers Michael Dickey, a professor of chemical and biomolecular engineering at NC State, and Jan Genzer, the S. Frank and Doris Culberson Distinguished Professor in the same department, were early leaders in the field of self-folding 3-D structures. In their landmark 2011 paper, the researchers outlined a technique in which a conventional inkjet printer is used to print bold black lines onto a pre-strained plastic sheet. The plastic sheet was then cut into a desired pattern and placed under an infrared light, such as a heat lamp.

The printed lines absorbed more energy from the infrared light than the rest of the material, causing the plastic to heat and contract — creating a hinge that folded the sheets into 3-D shapes. By varying the width of the printed lines, or hinges, the researchers were able to change how far — and how quickly — each hinge folds. The technique is compatible with commercial printing techniques, such as screen printing, roll-to-roll printing, and inkjet printing, that are inexpensive and high-throughput but inherently 2-D.

But now they’re using a similar approach to accomplish a very different result.

“By controlling the number of lines and the distribution of ink on the surface of the material, we can produce any number of curved shapes,” says Dickey, co-corresponding author of a paper on the self-curving plastics. “All of the shapes use the same amount of ink; it’s simply a matter of where the ink is applied on the plastic.” Note: video demonstrating the technique can be seen at https://www.youtube.com/watch?v=2Iqq8lIrri8&feature=youtu.be.

“Our work was inspired by nature, because natural shapes rarely incorporate crisp folds, instead opting for curvature,” says Amber Hubbard, a Ph.D student at NC State and co-lead author of the paper. “And we found that, in order to make functional objects, we often needed to use a combination of curved and folded shapes.

“Other researchers have developed techniques for creating self-curving materials, but they did this using soft materials, such as hydrogels,” Hubbard adds. “Our work is the first attempt to accomplish the same using thermoplastics — which are stronger and stiffer than the soft materials. That makes them more attractive for use in performing some practical actions, such as gripping an object.”

“The materials we’re working with also hold their shape, even after the light is removed,” says Russell Mailen, a Ph.D student at NC State and co-lead author of the paper. “That’s an advantage, because soft materials change shape only when exposed to a solvent, and once they are removed from the solvent they lose their shape.”

The researchers have also developed a computational model that can be used to predict the 3-D shape that will be produced by any given printing pattern.

“One of our goals is to fine-tune this model, which Mailen developed,” Genzer, co-corresponding author, states. “Ultimately, we’d like to be able to input a desired 3-D shape into the model and have it create a pattern that we can print and produce.”