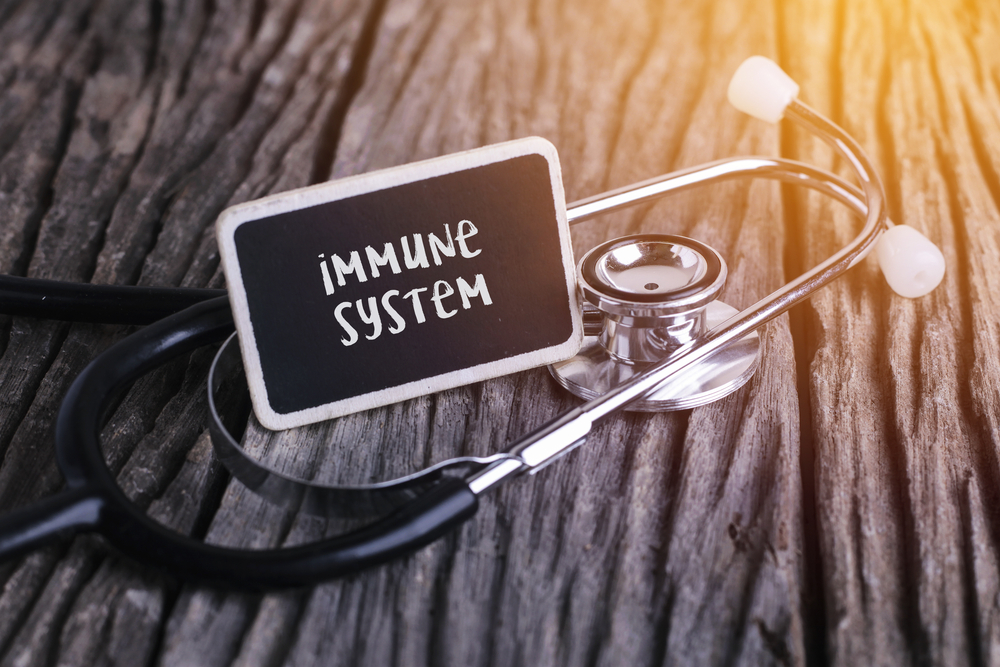 After radiation treatment, dying cancer cells spit out mutated proteins into the body. Scientists now know that the immune system can detect these proteins and kill cancer in other parts of the body using these protein markers as a guide – a phenomenon that University of North Carolina Lineberger Comprehensive Cancer Center researchers are looking to harness to improve cancer treatment.

In the journal Nature Nanotechnology, the researchers report on strides made in the development of a strategy to improve the immune system’s detection of cancer proteins by using “sticky” nanoparticles that are called “antigen-capturing nanoparticles.” They believe these particles could work synergistically with immunotherapy drugs designed to boost the immune system’s response to cancer.

“Our hypothesis was that if we use a nanoparticle to grab onto these cancer proteins, we’d probably get a more robust immune response to the cancer,” said the study’s senior author Andrew Z. Wang, MD, a UNC Lineberger member and associate professor in the UNC School of Medicine Department of Radiation Oncology. “We think it works because nanoparticles are attractive to the immune system. Immune cells don’t like anything that’s nano-sized; they think they are viruses, and will respond to them.”

Radiation therapy is commonly used to treat a wide array of cancers. Previously, doctors have observed a phenomenon they call the “abscopal effect,” in which a patient experiences tumor shrinkage outside of the primary site that was treated with radiation. This observation in a single patient with melanoma was reported in the New England Journal of Medicine in 2012.

Scientists believe this occurs because, after radiation, immune cells are recruited to the tumor site. Once they’ve arrived, these immune cells use mutated proteins released by dying cancer cells to train other immune cells to recognize and fight cancer elsewhere. This effect works synergistically with immunotherapy drugs called “checkpoint inhibitors,” which release the immune system’s brakes, thereby helping the body’s own defense system to attack the cancer.

“The theory is that in cancer, tumors accumulate large numbers of mutations across their genomes, and those mutated genes can make mutant proteins, and any of those mutant proteins can be chopped up and presented to the immune system as a foreign,” said Serody, who is also the Elizabeth Thomas Professor in the UNC School of Medicine. “Your body is designed not to respond to its own proteins, but there’s no system that controls its response to new proteins, and you have a broad array of immune cells that could launch a response to them.”

The UNC Lineberger researchers demonstrated in preclinical studies they could successfully design nanoparticles to capture mutated proteins released by tumors. Once these nanoparticles are taken up by immune cells, the tumor proteins attached to their surface can help immune cells recognize identify cancer cells across body.

Using preclinical melanoma models, they found that 20 percent of mice that received the nanoparticle treatment had a complete response, compared to none of the mice who did not receive the nanoparticles.

The researchers say a strategy is needed to improve responses to immunotherapy drugs, and to make the responses to the drugs last longer.

“If fully clinically translated, this will change cancer immunotherapy,” Wang said. “This technology has the potential to improve the efficiency of cancer immunotherapy checkpoint inhibitors, which would mean longer survival for multiple cancer types.”

The next step, Wang said, is to develop a new generation of nanoparticles that are more robust in capturing proteins. Ultimately, he said, they will need to develop a commercial agent based on this technology and to bring it to the clinic.