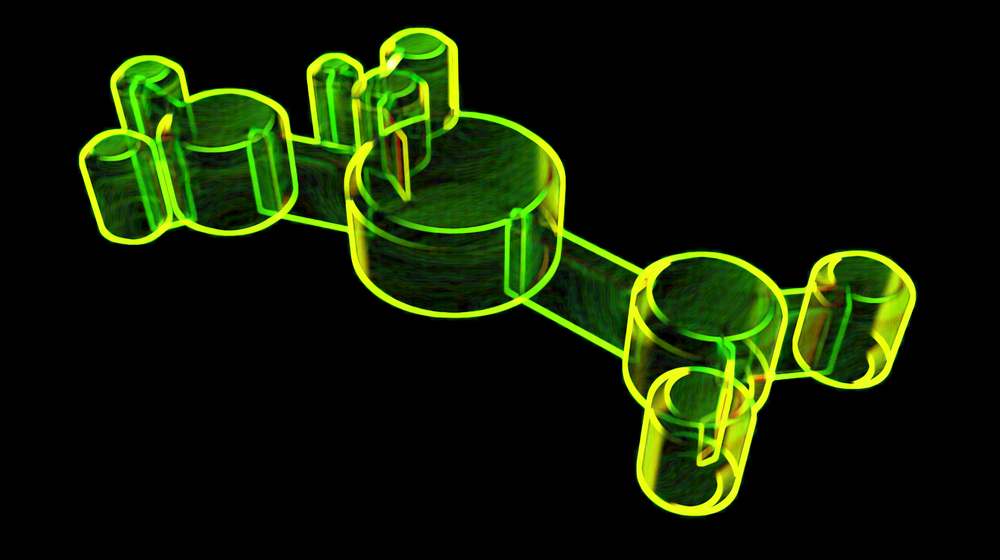 In a breakthrough for nanotechnology, engineers at The University of Texas at Austin have developed the first method for selecting and switching the mechanical motion of nanomotors among multiple modes with simple visible light as the stimulus.

The capability of mechanical reconfiguration could lead to a new class of controllable nanoelectromechanical and nanorobotic devices for a variety of fields including drug delivery, optical sensing, communication, molecule release, detection, nanoparticle separation and microfluidic automation.

The finding, made by Donglei (Emma) Fan, associate professor at the Cockrell School of Engineering’s Department of Mechanical Engineering, and Ph.D. candidate Zexi Liang, demonstrates how, depending on the intensity, light can instantly increase, stop and even reverse the rotation orientation of silicon nanomotors in an electric field. This effect and the underlying physical principles have been unveiled for the first time. It switches mechanical motion of rotary nanomotors among various modes instantaneously and effectively.

The researchers published their findings in the Sept. 14 issue of Science Advances.

Nanomotors, which are nanoscale devices capable of converting energy into movement at the cellular and molecular levels, have the potential to be used in everything from drug delivery to nanoparticle separation.

Using light from a laser or light projector at strengths varying from visible to infrared, the UT researchers’ novel technique for reconfiguring the motion of nanomotors is efficient and simple in its function. Nanomotors with tunable speed have already been researched as drug delivery vessels, but using light to adjust the mechanical motions has far wider implications for nanomotors and nanotechnology research more generally.

“The ability to alter the behavior of nanodevices in this way – from passive to active – opens the door to the design of autonomous and intelligent machines at the nanoscale,” Fan said.

Fan describes the working principle of reconfigurable electric nanomotors as a mechanical analogy of electric transistors, the basic building blocks of microchips in cellphones, computers, laptops and other electronic devices that switch on demand to external stimuli.

“We successfully tested our hypothesis based on the newly discovered effect through a practical application,” Fan added.

“We were able to distinguish semiconductor and metal nanomaterials just by observing their different mechanical motions in response to light with a conventional optical microscope. This distinction was made in a noncontact and nondestructive manner compared to the prevailing destructive contact-based electric measurements.”

The discovery of light acting as a switch for adjusting the mechanical behaviors of nanomotors was based on examinations of the interactions of light, an electric field and semiconductor nanoparticles at play in a water-based solution.

This is Fan and her team’s latest breakthrough in this area. In 2014, they developed the smallest, fastest and longest-running rotary nanomotors ever designed.