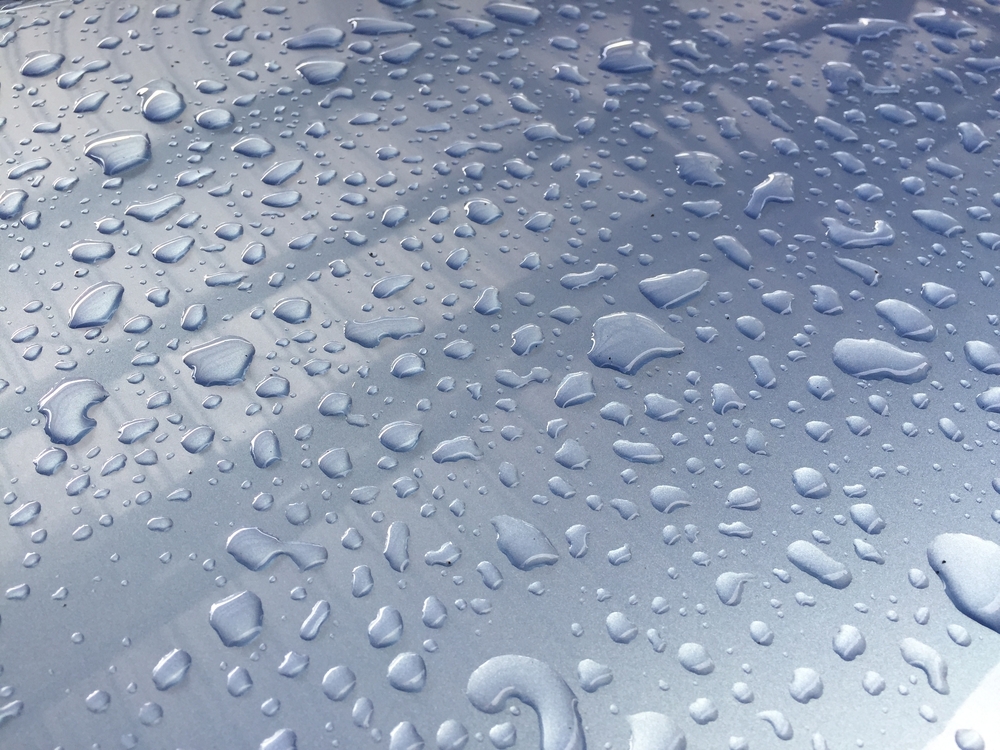 Some insect bodies have evolved the abilities to repel water and oil, adhere to different surfaces, and eliminate light reflections. Scientists have been studying the physical mechanisms underlying these remarkable properties found in nature and mimicking them to design materials for use in everyday life.

Several years ago, scientists at the U.S. Department of Energy’s (DOE) Brookhaven National Laboratory developed a nanoscale surface-texturing method for imparting complete water repellency to materials–a property inspired by insect exoskeletons that have tiny hairs designed to repel water by trapping air. Their method leverages the ability of materials called block copolymers (chains of two distinct molecules linked together) to self-assemble into ordered patterns with dimensions measuring only tens of nanometers in size. The scientists used these self-assembled patterns to create nanoscale textures in a variety of inorganic materials, including silicon, glass, and some plastics. Initially, they studied how changing the shape of the textures from cylindrical to conical impacted materials’ ability to repel water. Cone-shaped nanotextures proved much better at forcing water droplets to roll off, carrying dirt particles away and leaving surfaces completely dry.

Now, working with colleagues in France–from ESPCI Paris Tech, École Polytechnique, and the Thales Group–they have further shown that the optimized nanotextures have excellent anti-fogging abilities, as described in a paper published online in the Feb. 27 issue of Nature Materials. Led by David Quéré of ESPCI and École Polytechnique, the research provides a fundamental understanding that may inform new designs for condensing coils of steam turbine power generators, car and aircraft windshields, and other materials prone to fogging.

“Many textured materials can repel water, with millimeter-size water drops bouncing off their surfaces, but many of these surfaces fail when exposed to foggy or humid conditions,” said Charles Black, director of Brookhaven Lab’s Center for Functional Nanomaterials (CFN), the DOE Office of Science User Facility where Black and former physicist Antonio Checco of Brookhaven’s Condensed Matter Physics and Materials Science Department and former CFN postdoctoral research associate Atikur Rahman fabricated the nanotextures.

Fog forms when warm, moist air hits a cooler surface (such as a window or windshield) and forms water droplets–a process called condensation. When water droplets are similar in size to the structural features of a textured hydrophobic (“water hating”) surface, they can get inside and grow within the texture, instead of remaining on top. Once the texture fills up, water landing on the material gets stuck, resulting in the appearance of fog.

Scientists have previously observed that the wings of cicadas, which are covered by nanosized cone-shaped textures, have the ability to repel fog by causing water droplets to spontaneously jump off their surface–a phenomenon caused by the efficient conversion of surface energy to kinetic energy when two droplets combine. Motivated by this example from nature, the team investigated how reducing texture size and changing texture shape impacts the anti-fogging ability of a model surface.

To simulate fogging conditions, the scientists heated water and measured the adhesion force as warm water droplets cooled upon contacting the nanotextured surfaces. These measurements revealed that droplet adhesion was significantly affected by the type of surface nanotexture, with warm drops strongly sticking to those with large textures and hardly sticking at all to surfaces with the smallest ones.

“Textures with the smallest feature sizes and the appropriate shape–in this case, conical–resist fogging because condensing water droplets are too big to penetrate the texture. The droplets remain on top, essentially floating on the cushion of air trapped beneath,” said Black.

The scientists next used an optical microscope connected to a high-resolution video camera to view droplet condensation on different textures during dew formation, when atmospheric moisture condenses faster than it evaporates. While all textures are initially covered by large numbers of microdroplets, over time textures with a cylindrical shape become covered in water, while the ones with a conical shape spontaneously dry themselves. Conical-shaped textures resist dew formation because the water droplets are so lightly adhered to the surface that when two drops join together, they gain enough energy to spontaneously jump off the surface, similar to the mechanism observed in cicada wings.

“This work represents the excellent, multiplicative power of DOE user facilities. In this case, CFN’s initial collaboration with a user from one of Brookhaven’s departments led to a new international connection with different users, who carried the study of hydrophobic surfaces in new directions,” said Black.