Drug-releasing textiles could, for instance, be used to treat skin wounds. Empa researchers are currently developing polymer fibers that can be equipped with drugs.

The smart fibers recognize the need for therapy all by themselves and dose the active ingredients with precision and accuracy.

For the Self Care Materials project, fibers are produced from biodegradable polymers using various processes.

“The targeted use of the fiber determines which manufacturing process is best,” explains Empa researcher and project coordinator René Rossi.

Delicate, light membranes with a large surface are formed during so-called electrospinning. If robust fibers are required, e.g. for protective clothing, it is better to draw the melted ingredients.

In the end, all processes produce novel fibers, the nano-architecture of which is made up of several layers and components.

“The properties of these new materials are currently being investigated with test substances,” says Rossi.

In the finished product, for example, antibiotics or painkillers are to be integrated into the fibers. 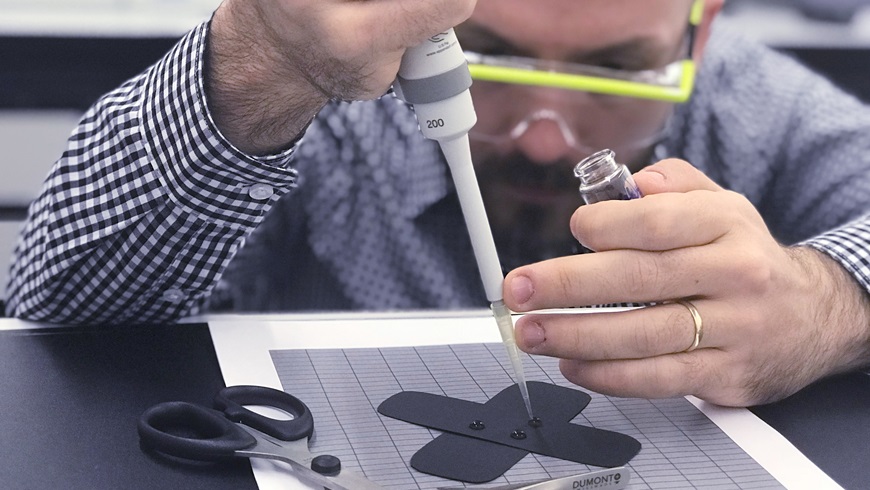 In order to ensure that the dosage of the active substances is precisely as needed, the researchers have devised a tricky control mechanism: Some polymers are degradable by the body under certain conditions. This property can be used specifically.

Rossi says, “In response to a stimulus from the body, the fibers should release their drugs into the environment at a calculated degradation rate.”

Such an irritation can be the altered pH value of a skin wound, which indicates that the tissue damage must be treated. As a so-called self-care material, the fibers in the form of a plaster or garment thus support the diagnosis and treatment of diseases.

“The use of self-care fibers is conceivable for an enormous number of applications,” says Rossi.

In addition to chemical signals from the body, however, stimuli can also be used that are deliberately set from the outside to control the release of medication by the fibers.

Textiles or dressings that release a remedy under slight pressure or a stimulus of light can contribute to the quality of life of patients and at the same time relieve the burden on health care staff.

The system can also be used for preventive measures. The idea behind it: Where active substances can be released, substances are also able to penetrate the fiber in the opposite direction.

”Thus, the fibers can act as sensors and, for instance, measure the sugar level in the blood,” explains Rossi.

In the case of premature babies, the sugar balance is particularly likely to be out of balance. With the help of such sensors, blood sugar can be monitored painlessly through the tender skin without the babies having to suffer from a prickly blood sample.