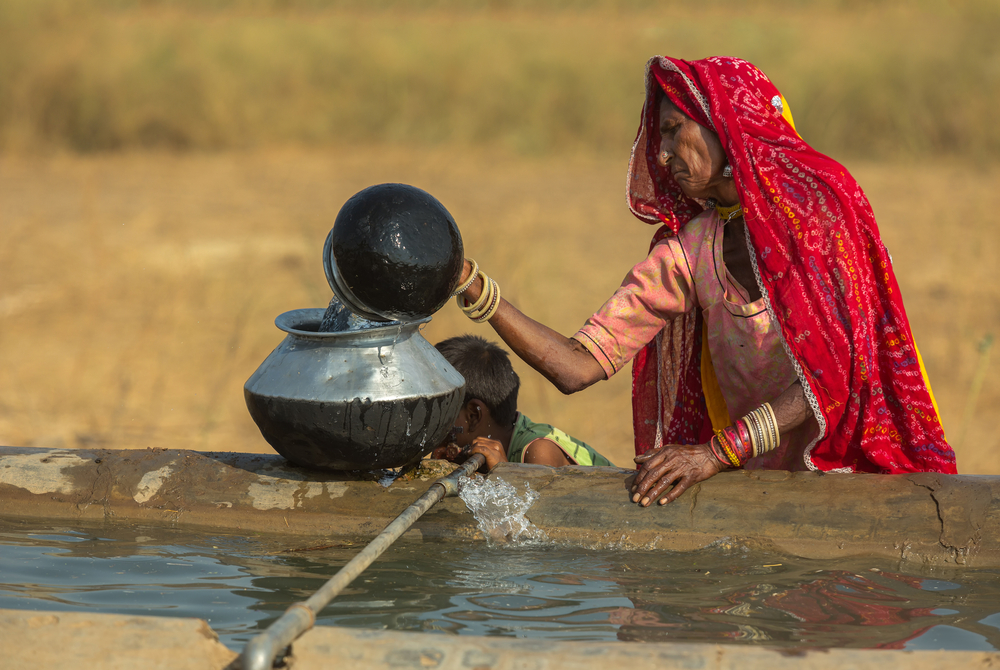 The main source of the uranium contamination is natural, but human factors such as groundwater-table decline and nitrate pollution may be exacerbating the problem.

"Nearly a third of all water wells we tested in one state, Rajasthan, contained uranium levels that exceed the World Health Organization and U.S. Environmental Protection Agency's safe drinking water standards," said Avner Vengosh, a professor of geochemistry and water quality at Duke's Nicholas School of the Environment.

"By analyzing previous water quality studies, we also identified aquifers contaminated with similarly high levels of uranium in 26 other districts in northwestern India and nine districts in southern or southeastern India," he said.

The new findings are the first to demonstrate the widespread prevalence of uranium in India's groundwater.

"The results of this study strongly suggest there is a need to revise current water-quality monitoring programs in India and re-evaluate human health risks in areas of high uranium prevalence," Vengosh said. "Developing effective remediation technologies and preventive management practices should also be a priority."

The World Health Organization has set a provisional safe drinking water standard of 30 micrograms of uranium per liter, a level that is consistent with U.S. Environmental Protection Agency standards. Despite this, uranium is not yet included in the list of contaminants monitored under the Bureau of Indian Standards' Drinking Water Specifications.

Vengosh and his colleagues published their peer-reviewed study May 11 in Environmental Science & Technology Letters.

To conduct the study, they sampled water from 324 wells in the states of Rajasthan and Gujarat and analyzed the water chemistry. In a subset of samples, they measured the uranium isotope ratios. They also analyzed similar data from 68 previous studies of groundwater geochemistry in Rajasthan, Gujarat and 14 other Indian states.

"Our analysis showed that the occurrence of uranium in these groundwater sources depends on several factors," said Rachel M. Coyte, a PhD student in Vengosh's lab who was lead author of the study. These factors include the amount of uranium contained in an aquifer's rocks; water-rock interactions that cause the uranium to be extracted from those rocks; oxidation conditions that enhance the extracted uranium's solubility in water; and the interaction of the extracted uranium with other chemicals in the groundwater, such as bicarbonate, which can further enhance its solubility.

"In many parts of India, these factors co-occur and result in high uranium concentrations in the groundwater," Coyte explained. "Geochemistry and isotopic tools help us to better understand the process and conditions that control uranium occurrence in groundwater."

Human activities, especially the over-exploitation of groundwater for agricultural irrigation, may contribute to the problem, she said. Many of India's aquifers are composed of clay, silt and gravel carried down from Himalayan weathering by streams or uranium-rich granitic rocks. When over-pumping of these aquifers' groundwater occurs and their water levels decline, it induces oxidation conditions that, in turn, enhance uranium enrichment in the shallow groundwater that remains.

"One of the takeaways of this study is that human activities can make a bad situation worse, but we could also make it better," Vengosh said.

"Including a uranium standard in the Bureau of Indian Standards' Drinking Water Specification based on uranium's kidney-harming effects, establishing monitoring systems to identify at-risk areas, and exploring new ways to prevent or treat uranium contamination will help ensure access to safe drinking water for tens of millions in India," he said.