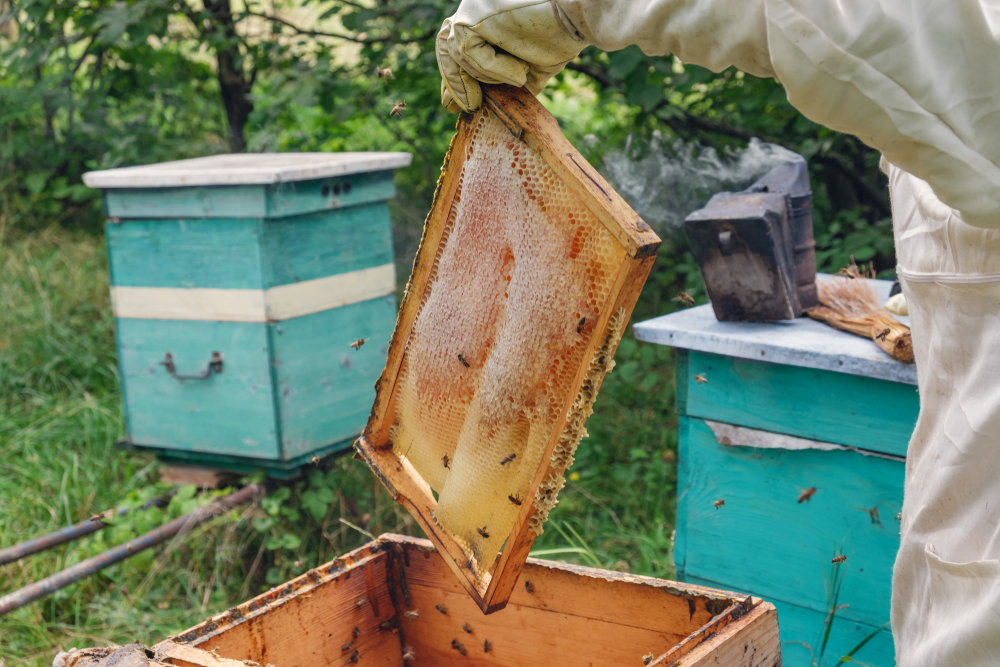 New research suggests that up to 13 percent of U.S. beekeepers are at risk of losing their colonies of honeybees because of pesticides being sprayed to combat the Zika virus.

A team from the University of Exter and the University of California, Berkeley, compared data from the U.S. Department of Agriculture and the Centers for Disease Control on bee densities in areas at risk from Zika to calculate the overall percentage of colonies that could potentially be affected and suggested that government entities should take measures to warn beekeepers of future action.

“A colony unexpectedly exposed to pesticide spraying for mosquitoes would almost certainly be wiped out,” Lewis Bartlett, of the Centre for Ecology and Conservation on the University of Exeter’s Penryn Campus in Cornwall, said in a statement. “Beekeepers in the US move their colonies around to support farmers, so a beekeeper with all their bees in one area at a given time could lose them all.”

Pesticide spraying generally occurs in the summer when the mosquitoes are more active. However, this is also when honeybees are most active.

Some states, including Florida, have mosquito control programs and systems that limit the effects of pesticides on unintended targets like bees. However, the researchers believe that other states moving forward with mosquito programs are far less prepared to organize measures, like warning beekeepers before spraying starts.

“At the start of this research we spoke to a beekeeper who was caught unawares and lost all her bees,” Bartlett said. “Beekeeping is a very traditional way of life in the US, with a lot of pride in families who have done it for generations, but many are struggling now.

“Given all the threats facing bees, even a small additional problem could become the straw that broke the camel’s back,” he added. “Many beekeepers live on the breadline, and if something like this changes things so beekeeping is no longer profitable, there will be huge knock-on effects on farming and food prices.”

The study found a positive correlation between honeybee colony density and areas with suitable conditions for Zika, including Florida, the Gulf coast and possibly the California Central Valley—raising the risk of bees being harmed by spraying in these locations.

The researchers focused on honeybees because there is more data on them from beekeepers than any other bee species. While the findings do not directly translate to other species, the scientists said that honeybees are resilient compared to most other bees, so the situation for other types of bees could be similar or possibly worse.

The study was published in the Journal of Apicultural Research.