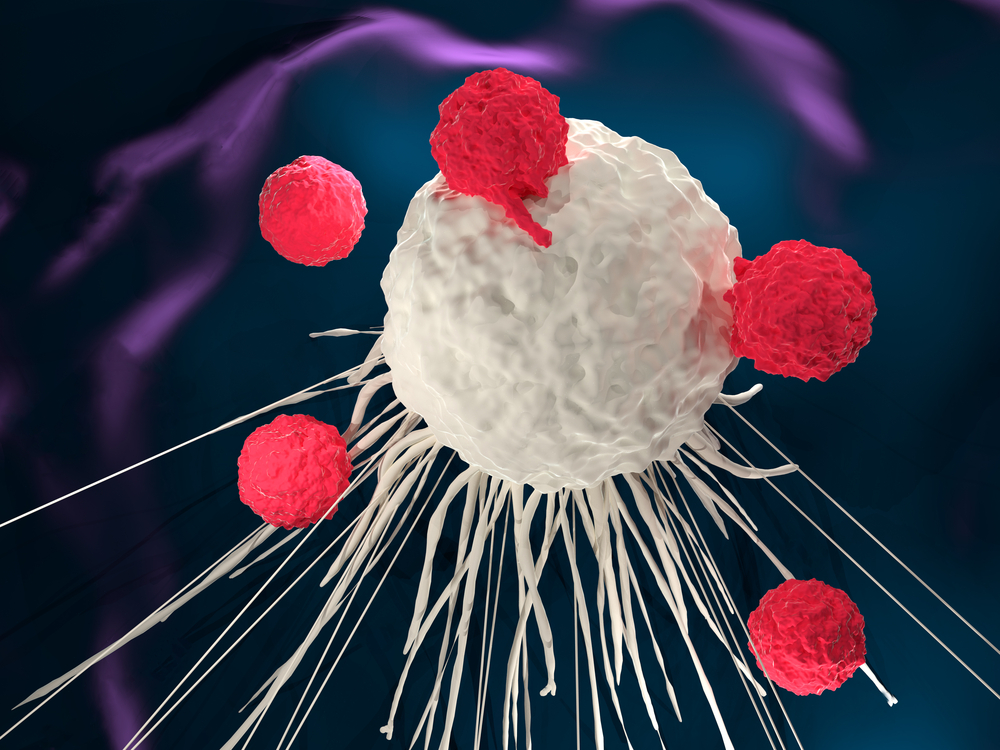 Conventional CAR T-cell therapy is created by collecting a patient’s T-cells, genetically modifying them to fight cancer, and then infusing them back into the patient. The first therapy in this class, tisagenlecleucel (Kymriah), was FDA approved in August 2017 in pediatric patients with acute relapsed/refractory lymphoblastic leukemia (ALL), after demonstrating an impressive overall remission rate of 83 percent within three months of treatment.

“We aimed to overcome these challenges by demonstrating proof-of-concept for an off-the-shelf, dual-targeted CAR T-cell approach,” he added. “We started with cells from a healthy donor rather than the patient, created a master cell line, and used the master cell line to produce large quantities of ‘universal’ CAR19 T cells that are not patient-restricted. These first-of-kind CAR19 T cells, called FT819, can be packaged, stored, and made readily available for treatment of a large number of patients.”

The master cell line used to manufacture FT819 is an induced pluripotent stem cell (iPSC) line created by a proprietary platform, which provides distinct advantages over autologous and allogeneic approaches that are commonly used in conventional CAR T-cell therapies.

“A master iPSC line has unlimited capacity to self-renew, and can be banked and renewably used,” Valamehr said.

New approaches under investigation are using donor T cells for treatment, which can attack the patient’s tissues and organs, resulting in a potentially severe and fatal immune system reaction called graft-versus-host disease (GvHD). To avoid GvHD, doctors must remove or deactivate the TCR, which has proven to be challenging.

“FT819 is TCR-less,” Valamehr said. “We ensure complete elimination of the TCR by directing the CAR to a T-cell receptor α constant [TRAC] locus in a single pluripotent cell.”

The researchers had previously found that CAR expression under the control of a TRAC locus results in uniform CAR expression, enhances T-cell potency and ultimately outperforms conventionally generated CAR T cells in a mouse model of ALL.

FT819 was shown to elicit antibody-dependent cell-mediated cytotoxicity when combined with a therapeutic antibody targeting CD20, through the expression of the CD16 Fc receptor.

“Through the development of FT819, we believe there is significant opportunity to lower the cost of CAR T-cell manufacture; enhance the quality of the product; and create a readily available supply of a more efficacious product to reach more patients in need,” Valamehr said.

The FT819 cells, developed by Fate Therapeutics, were created using human cells. However, the studies used model systems that are not predictive of clinical safety and efficacy.

“We will be required to conduct human clinical trials to fully assess the safety and efficacy of our off-the-shelf iPSC-derived CAR T-cell products,” Valamehr said.