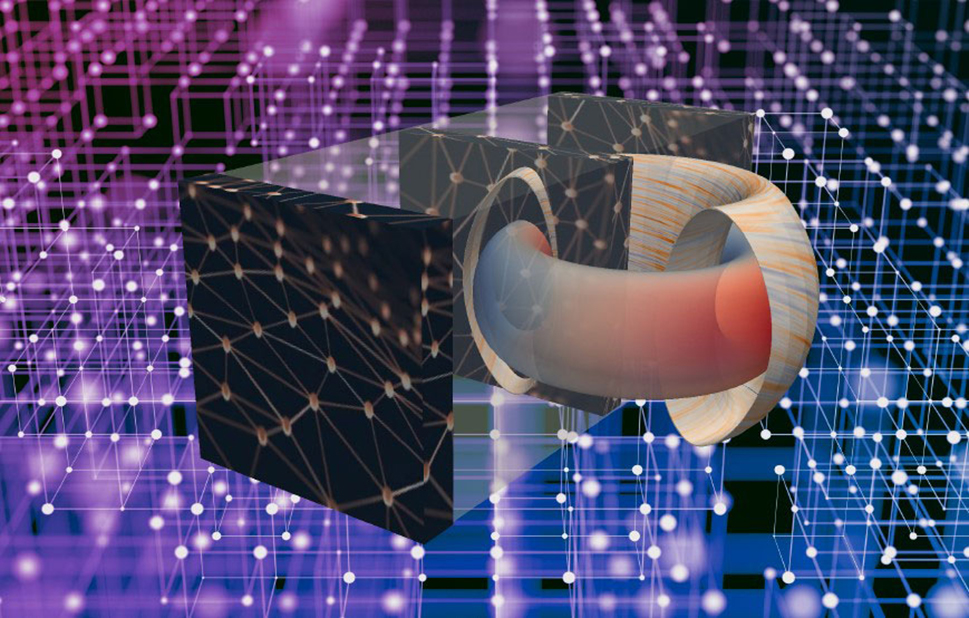 On Earth, the most widely used devices for capturing the clean and virtually limitless fusion energy that powers the sun and stars must avoid disruptions. These devices are bagel-shaped tokamaks. Massive disruptions can halt fusion reactions and potentially damage the fusion reactors. By applying deep learning—a powerful version of the machine learning form of artificial intelligence, researchers have a new code, Fusion Recurrent Neural Network (FRNN), to reliably forecast disruptive events. Such predictions are a crucial for large future reactors. Researchers can also use the code to make predictions that could open avenues for active reactor control and optimization.

The novel predictive method, reported in Nature, holds promise for accelerating the development of fusion energy by facilitating steady-state operation of tokamaks. The code transfers predictive capabilities trained on one tokamak to another. In this case, the code transfers what it’s learned on the smaller DIII-D National Fusion Facility (DIII-D) to the larger Joint European Torus (JET). This is vital for future reactors, such as ITER. Why? It speeds predictions, with unprecedented accuracy, of the most dangerous instability for developing fusion as a clean energy source.

Nuclear fusion power delivered by magnetic confinement tokamak reactors carries the promise of sustainable and clean energy for the future. Avoiding large-scale plasma instabilities called disruptions is one of the most pressing challenges facing this goal. Disruptions are particularly deleterious for large burning plasma systems, such as the multi-billion dollar international ITER project under construction in France, which aims to be the first facility to produce more power from fusion than is injected to heat the plasma. At the Princeton Plasma Physics Laboratory (PPPL) and Princeton University, scientists collaborating with a Computational Science Graduate Fellow from Harvard University introduced a new method, based on deep learning, to efficiently forecast disruptions and extend considerably the capabilities of previous strategies such as first-principles–based and classical machine-learning approaches.

Crucial to demonstrating the ability of deep learning to predict disruptions has been access to huge databases provided by two major tokamaks: the DIII-D that General Atomics operates for the Department of Energy in San Diego, the largest facility in the United States, and JET in the United Kingdom, the largest facility in the world, which is managed by EUROfusion, the European Consortium for the Development of Fusion Energy.

In particular, the team’s FRNN delivers the first reliable predictions on machines other than the one on which it was trained—a crucial requirement for large future reactors that cannot afford training disruptions. This new approach takes advantage of high-dimensional training data to boost the predictive performance while engaging supercomputing resources at the largest scale to deliver solutions with unprecedented accuracy and speed. Trained on experimental data from the largest tokamaks in the U.S. (DIII-D) and the world (JET), this artificial intelligence/deep learning method can also be applied to specific tasks such as prediction with long warning times—which opens up possible avenues for moving from passive disruption prediction to active reactor control and optimization. These initial results illustrate the potential for deep learning to accelerate progress in fusion energy science and, in general, in the understanding and prediction of complex physical systems.