After snagging a new rock sample on Aug. 9, NASA’s Curiosity rover surveyed its surroundings on Mars, producing a 360-degree panorama of its current location on Vera Rubin Ridge.

The panorama includes umber skies, darkened by a fading global dust storm. It also includes a rare view by the Mast Camera of the rover itself, revealing a thin layer of dust on Curiosity’s deck. In the foreground is the rover’s most recent drill target, named “Stoer” after a town in Scotland near where important discoveries about early life on Earth were made in lakebed sediments.

The new drill sample delighted Curiosity’s science team, because the rover’s last two drill attempts were thwarted by unexpectedly hard rocks. Curiosity started using a new drill method earlier this year to work around a mechanical problem. Testing has shown it to be as effective at drilling rocks as the old method, suggesting the hard rocks would have posed a problem no matter which method was used.

There’s no way for Curiosity to determine exactly how hard a rock will be before drilling it, so for this most recent drilling activity, the rover team made an educated guess. An extensive ledge on the ridge was thought to include harder rock, able to stand despite wind erosion; a spot below the ledge was thought more likely to have softer, erodible rocks. That strategy seems to have panned out, but questions still abound as to why Vera Rubin Ridge exists in the first place.

The rover has never encountered a place with so much variation in color and texture, according to Ashwin Vasavada, Curiosity’s project scientist at NASA’s Jet Propulsion Laboratory in Pasadena, Calif. JPL leads the Mars Science Laboratory mission that Curiosity is a part of.

“The ridge isn’t this monolithic thing — it has two distinct sections, each of which has a variety of colors,” Vasavada says. “Some are visible to the eye and even more show up when we look in near-infrared, just beyond what our eyes can see. Some seem related to how hard the rocks are.” 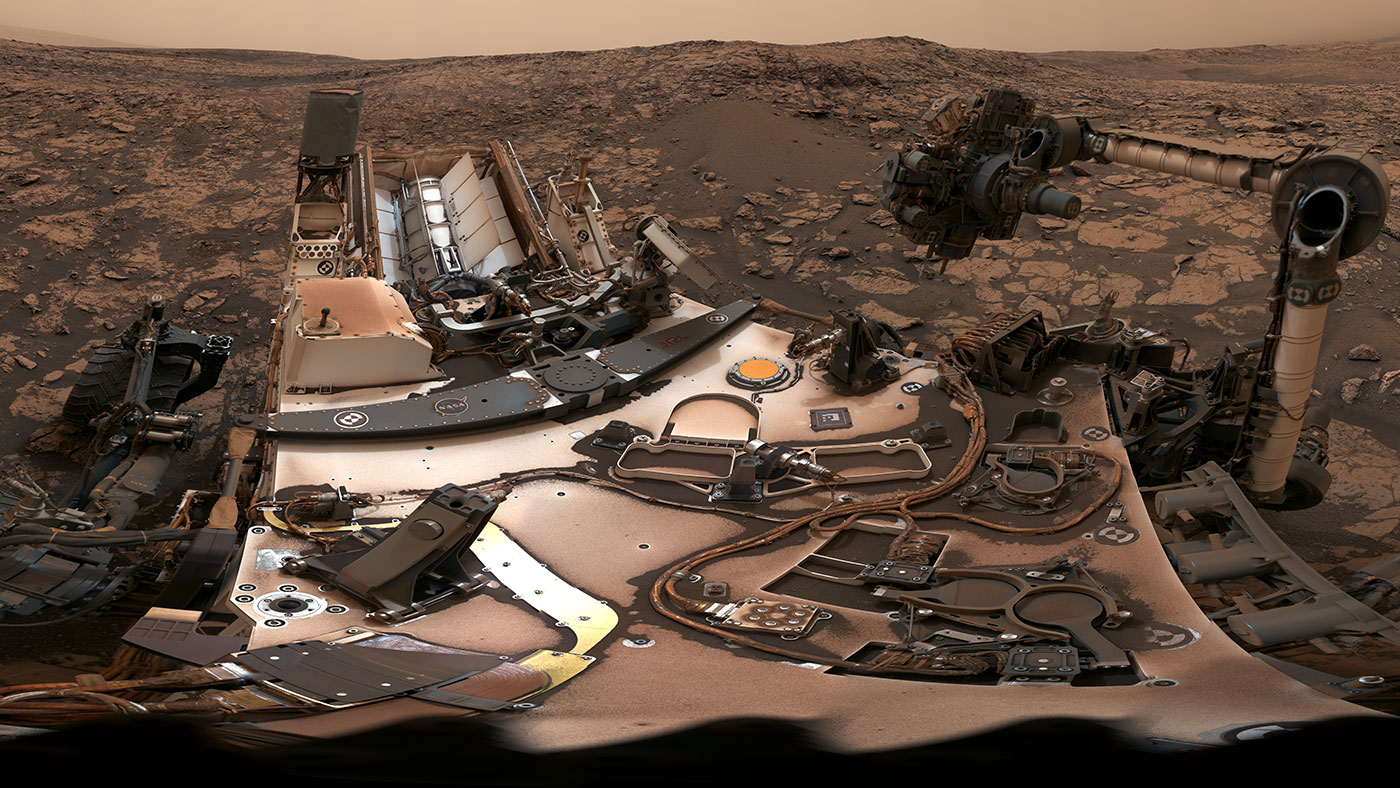 This 360-degree panorama was taken on Aug. 9 by NASA’s Curiosity rover at its location on Vera Rubin Ridge. Image: NASA/JPL-Caltech/MSSS

The best way to discover why these rocks are so hard is to drill them into a powder for the rover’s two internal laboratories. Analyzing them might reveal what’s acting as “cement” in the ridge, enabling it to stand despite wind erosion. Most likely, Vasavada says, groundwater flowing through the ridge in the ancient past had a role in strengthening it, perhaps acting as plumbing to distribute this wind-proofing “cement.”

Much of the ridge contains hematite, a mineral that forms in water. There’s such a strong hematite signal that it drew the attention of NASA orbiters like a beacon. Could some variation in hematite result in harder rocks? Is there something special in the ridge’s red rocks that makes them so unyielding?

For the moment, Vera Rubin Ridge is keeping its secrets to itself.

Two more drilled samples are planned for the ridge in September. After that, Curiosity will drive to its scientific end zone: areas enriched in clay and sulfate minerals higher up Mt. Sharp. That ascent is planned for early October.

The Mars Science Laboratory, as Curiosity is formally known, was fully integrated and tested in the High Bay 1 cleanroom at the Jet Propulsion Laboratory. The Spacecraft Assembly Facility is a Class 10,000 ISO 7 cleanroom with horizontal airflow and return.