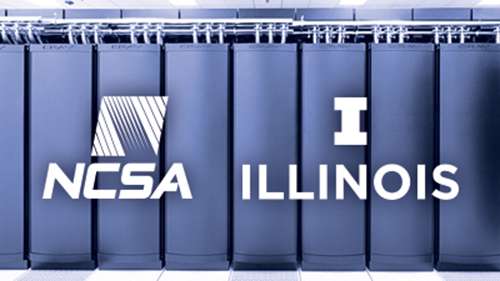 Fifteen research teams at the University of Illinois at Urbana-Champaign have been allocated computation time on the National Center for Supercomputing Applications (NCSA) sustained-petascale Blue Waters supercomputer after applying in the Fall of 2017. These allocations range from 75,000 to 582,000 node-hours of compute time over either six months or one year, and altogether total nearly four million node-hours (128 million core hour equivalents), valued at $2.48 million. The research pursuits of these teams are incredibly diverse, ranging anywhere from studies on very small HIV capsids to massive binary star mergers.

Blue Waters, one of the world’s most powerful supercomputers, is capable of sustaining 1.3 quadrillion calculations every second and at peak speed can reach a rate of 13.3 petaflops (calculations per second). Its massive scale and balanced architecture help scientists and scholars alike tackle projects that could not be addressed with other computing systems.

NCSA’s Blue Waters project provides University of Illinois faculty and staff a valuable resource to perform groundbreaking work in computational science and is integral to Illinois’ mission to foster discovery and innovation. To-date the project has allocated a total of 64.6 million node-hours, a $40 million equivalent, to Illinois-based researchers through the Illinois General Allocations program. The system and the University’s robus HPC community presents a unique opportunity for the U of I faculty and researchers, with about 4 percent of the capacity of Blue Waters allocated annually to projects being done at the University through a campuswide peer-review process.

The next round of proposals will be due March 15, 2018. To learn how you could receive an allocation to accelerate your research, visit https://bluewaters.ncsa.illinois.edu/illinois-allocations.

Juan Perilla and Jodi Hadden (Beckman Institute): Unveiling the functions of the HIV-1 and hepatitis B virus capsids through the computational microscope