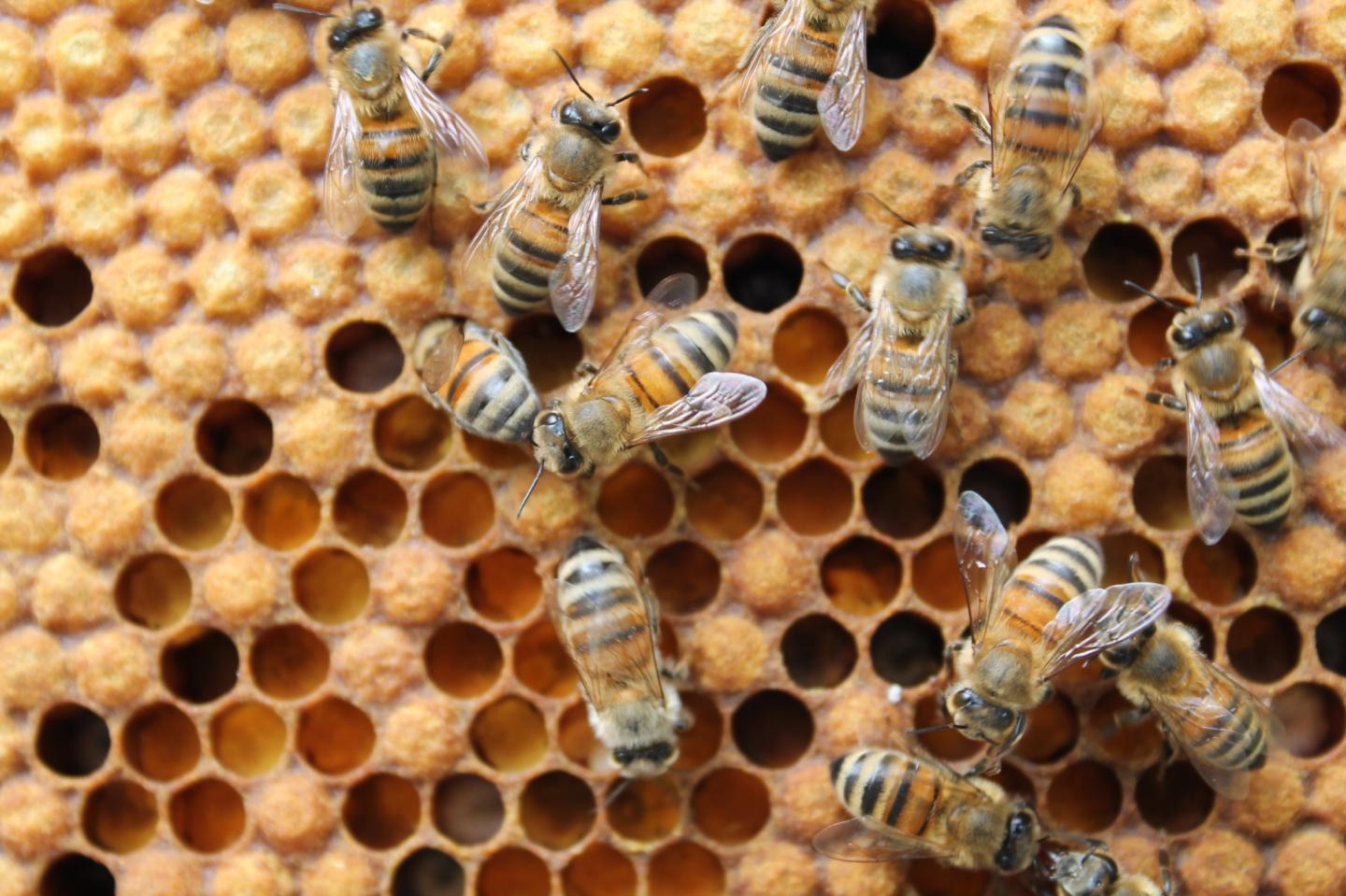 Honeybees create honey in their hive through the topped-out combs, and they keep beebread — their food — in the other combs. Source: Credit: Emma Mullen

Honeybees – employed to pollinate crops during the blooming season – encounter danger due to lingering and wandering pesticides, according to a new Cornell University study that analyzed the bee’s own food.

Researchers used 120 pristine honeybee colonies that were placed near 30 apple orchards around New York state. After allowing the bees to forage for several days during the apple flowering period, the scientists examined each hive’s “beebread” – the bees’ food stores made from gathered pollen – to search for traces of pesticides.

In 17 percent of colonies, the beebread revealed the presence of acutely high levels of pesticide exposure, while 73 percent were found to have chronic exposure.

“Surprisingly, there is not much known about the magnitude of risk or mechanisms of pesticide exposure when honeybees are brought in to pollinate major agricultural crops,” said lead author Scott McArt, assistant professor of entomology at Cornell. “Beekeepers are very concerned about pesticides, but there’s very little field data. We’re trying to fill that gap in knowledge, so there’s less mystery and more fact regarding this controversial topic.”

More than 60 percent of the found pesticides were attributed to orchards and surrounding farmland that were not sprayed during the apple bloom season, according to the study. McArt said that persistent insecticides aimed at other crops may be surrounding the orchards. In addition, pre-bloom sprays in orchards may accumulate in nearby flowering weeds.

“We found risk was attributed to many different types of pesticides. Neonicotinoids were not the whole story, but they were part of the story.” he said. “Because neonicotinoids are persistent in the environment and accumulate in pollen and nectar, they are of concern. But one of our major findings is that many other pesticides contribute to risk.”