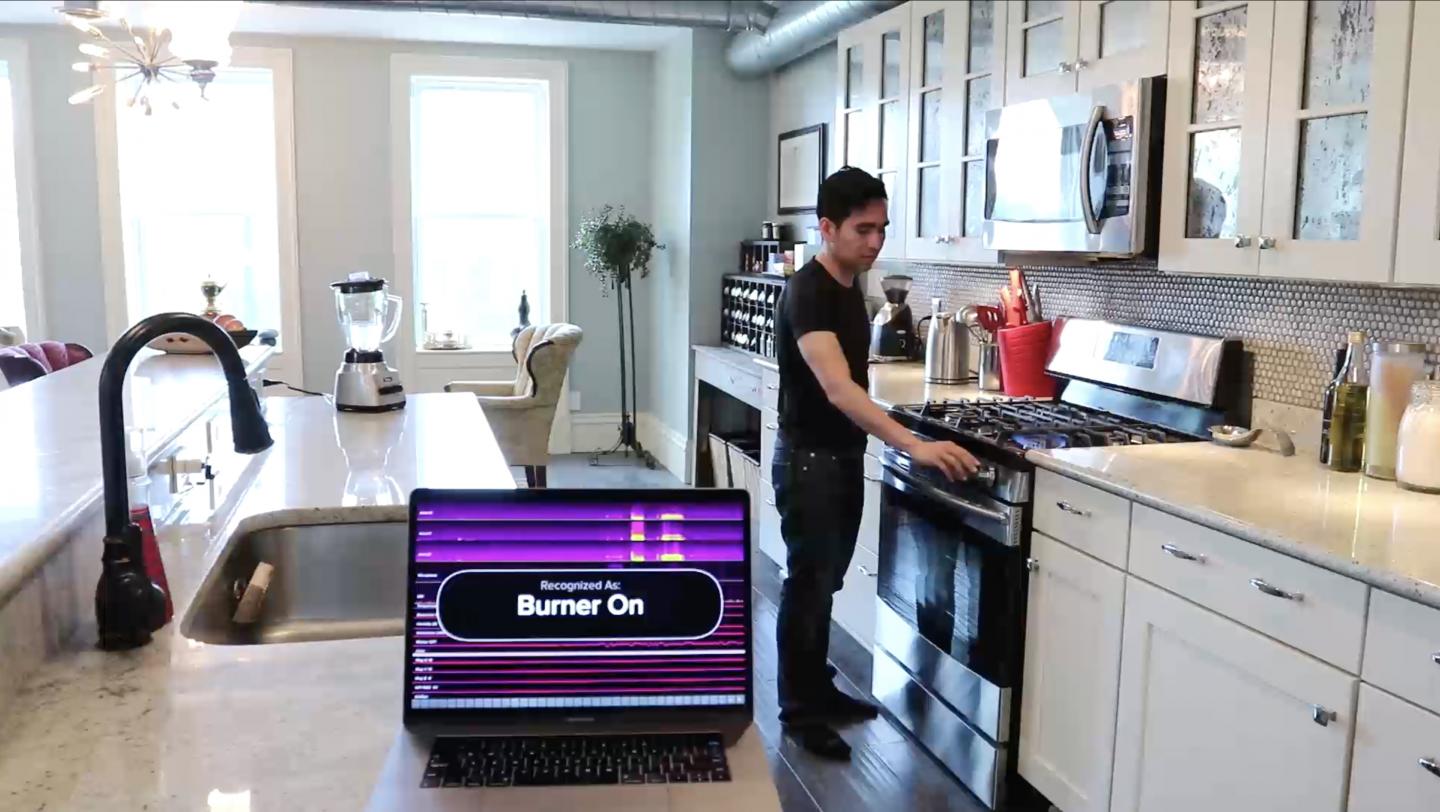 A sensor package developed by Carnegie Mellon University’s Human-Computer Interaction Institute uses nine different types of sensors that can monitor dozens of potential activities of interest, such as whether a cooking stove is in use. Source: Future Interfaces Group

The Internet of Things (IoT) is a technology field where sensors built into devices like cars, buildings, and other forms of electronics are linked together to create an expansive network for collecting and sharing data in different environments. A team of researchers at Carnegie Mellon, however, devised a new technique that could simplify building this form of infrastructure.

The scientists developed ‘synthetic sensors’, which is a package powered by novel machine learning algorithms that can detect and analyze multiple phenomenon in any room. The device was built with sensors that are commonly available in traditional smart home devices.

“The idea is you can plug this in and immediately turn a room into a smart environment,” said Gierad Laput, a Ph.D. student in CMU’s Human-Computer Interaction Institute (HCII), in a statement. You don’t have to go out and buy expensive smart appliances, which probably can’t talk to each other anyway, or attach sensors to everything you want to monitor, which can be both hard to maintain and ugly. You just plug it in to an outlet.”

Essentially, the platform can monitor multiple phenomenon happening in the surrounding environment like sounds, vibrations, light, and heat.

The algorithms powering the device can help the sensors distinguish between different events and objects. Examples include analyzing sounds and vibrations to learn the difference between a blender or coffee grinder.

“It can not only tell you if a towel dispenser is working, but it can also keep track of how many towels have been dispensed and even order a replacement roll when necessary,” elaborated Laput regarding the invention’s ability to track the state of specific devices.

Users can also manually train the system to go deeper in recognizing specific phenomenon like the cycling of water heaters and air conditioning units.

Laput and his team note that each room in a house would need its own sensor platform to form a full network, but the upside is that this would require just a few sensors instead of hundreds.