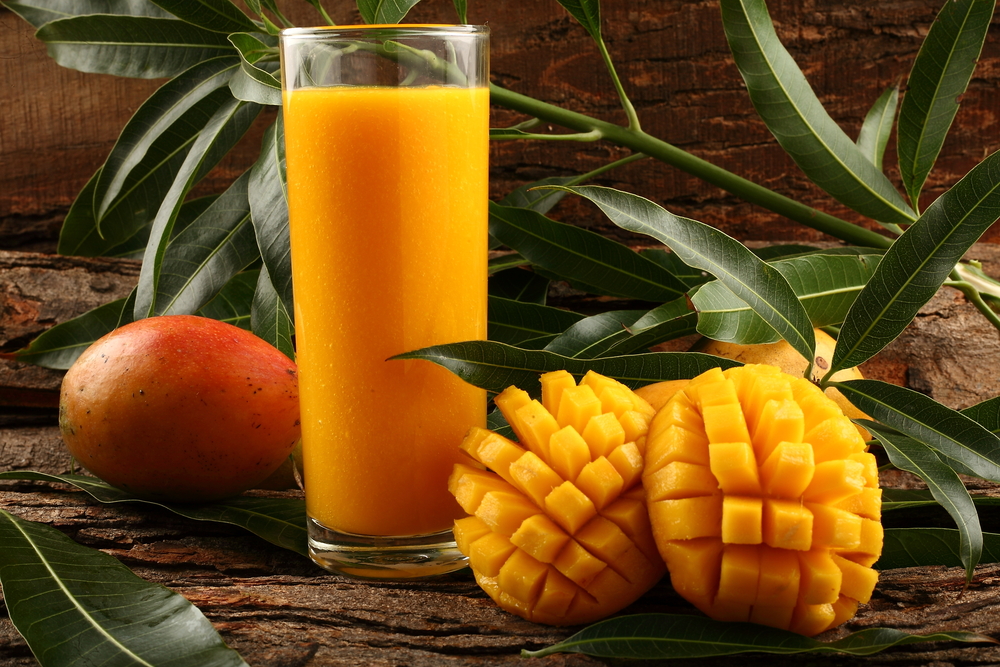 What if eating fresh mango in addition to drug therapy can help shorten or reduce severity of flares of inflammatory bowel disease? What if it can help prevent precursor lesions from forming? Those are the questions that prompted a study by researchers at Texas A&M University in College Station.

Furthermore, she said, “colorectal cancer can develop from precursor lesions that can be caused by inflammatory bowel disease over periods of 10 to 15 years, which provides an extended time for preventive measures.”

Multiple studies have previously demonstrated the health benefits of secondary plant compounds in fruits and vegetables including pomegranate, citrus and curcuminoids, and polyphenolics have been found to reduce inflammatory processes in chronic diseases such as cardiovascular disease, cancer and inflammatory bowel disease (IBD). But, “few human clinical studies using polyphenolics in the treatment of inflammatory bowel disease have been conducted.” she said.

So Talcott and her team did just that, investigating the consumption of mangoes—which are high in polyphenols mangiferin, catechins, quercetin, anthocyanins, gallotannins, and others—as an adjuvant to conventional therapy in mild to moderate  IBD in humans.

Their preliminary study results show the fruit has a positive impact on those who suffer from the disease.

To conduct their research, more than 300 subjects were initially screened. Those included in the study were either currently receiving IBD drug treatment or had received treatment in the previous six months and those who were on a stable regimen for at least three weeks prior to the treatment stage of the study. Anyone with chronic health conditions, recurrent hospitalizations, or people who smoked, had celiac disease or gluten sensitivities, or pregnant were excluded.

Twenty patients, men and women aged 18 to 79 with mild-to-moderate active Crohn’s disease or mild-to-moderate ulcerative colitis, were ultimately enrolled in the controlled clinical pilot trial. The participants were asked to eat 200 to 400 grams of mango per day in addition to their usual treatment.

Participants were given a range of consumption to adjust for any intolerance to the added fiber intake from the fruit. It was suggested they start with the 200 grams (about 1.5 to 2 cups of mango) and slowly increase the amount. They could also skip it on some days to accommodate any digestive issues—they just had to make a notation on their daily documentation of mango intake.

“Taken together, our results indicate mango intake exerted beneficial effects in the progression and severity of the IBD after eight weeks of nutritional intervention,” said Talcott.

The magic of mango

According to a university statement, the fruit is rich in gallotannins, a group of large molecular polyphenols that can be broken down to small, absorbable, bioactive molecules by certain intestinal bacteria.

“Intestinal Lactobacilli and other beneficial probiotic bacteria were significantly increased after the consumption of mango as were certain short-chain fatty acids essential for a healthy intact intestinal tract,” said Talcott.

Consumption of the fruit might also mitigate inflammation in part by improving the composition of the intestinal microbiota and decreasing the serum endotoxin level.

Talcott added that if mango or any other polyphenolic-rich food can be identified as helpful in shortening or reducing severity of episodes of inflammatory bowel disease, the addition of mango polyphenolics to conventional IBD drug treatment could have a significant positive impact on public health.

What also helps? The treatment is easy to, er, swallow. Talcott said, “All subjects who completed the study stated they would continue to consume mangoes regularly and will recommend this to others who suffer from IBD and also tell their physician.”