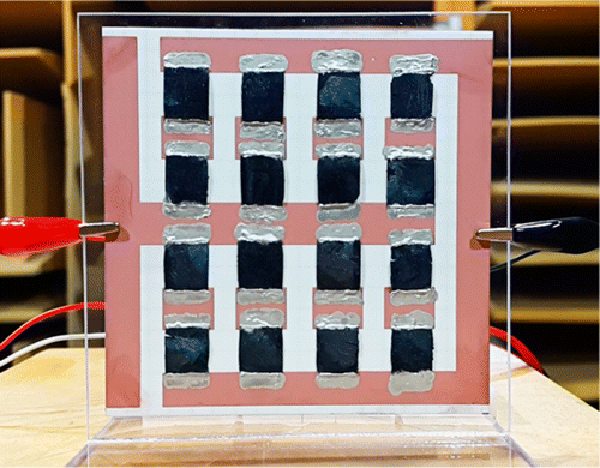 Graphene has been hailed as a wonder material since it was first made more than a decade ago. It’s showing up in an increasing number of products, including coatings, sports equipment and even light bulbs. Now scientists are one step closer to making graphene audio speakers for mobile devices. They report in the journal ACS Applied Materials & Interfaces a simple way to fabricate once-elusive thermoacoustic speakers using the ultra-thin material.

Conventional speakers today rely on many mechanical parts that vibrate to create sound and must be encased in an acoustic cavity—essentially, in a box. But this approach complicates manufacturing and limits where listeners can put their speakers. Scientists have been pursuing ways around this by turning to a principle conceived of more than a century ago: thermoacoustics, the production of sound by rapidly heating and cooling a material rather than through vibrations. Science has caught up to this concept largely thanks to the development of graphene, which is highly conductive and durable. Some efforts to make graphene speakers have succeeded, but making them en masse would be challenging. Jung-Woo Choi, Byungjin Cho, Sang Ouk Kim and colleagues at Korea Advanced Institute of Science and Technology (KAIST) wanted to come up with a simpler approach.

The researchers developed a two-step (freeze-drying and reduction/doping) method for making a sound-emitting graphene aerogel. An array of 16 of these aerogels comprised a speaker that could operate on 40 Watts of power with a sound quality comparable to that of other graphene-based sound systems. The researchers say their fabrication method is practical and could lend itself to mass production for use in mobile devices and other applications. Because the speaker is thin and doesn’t vibrate, it could fit snugly against walls and even curved surfaces.