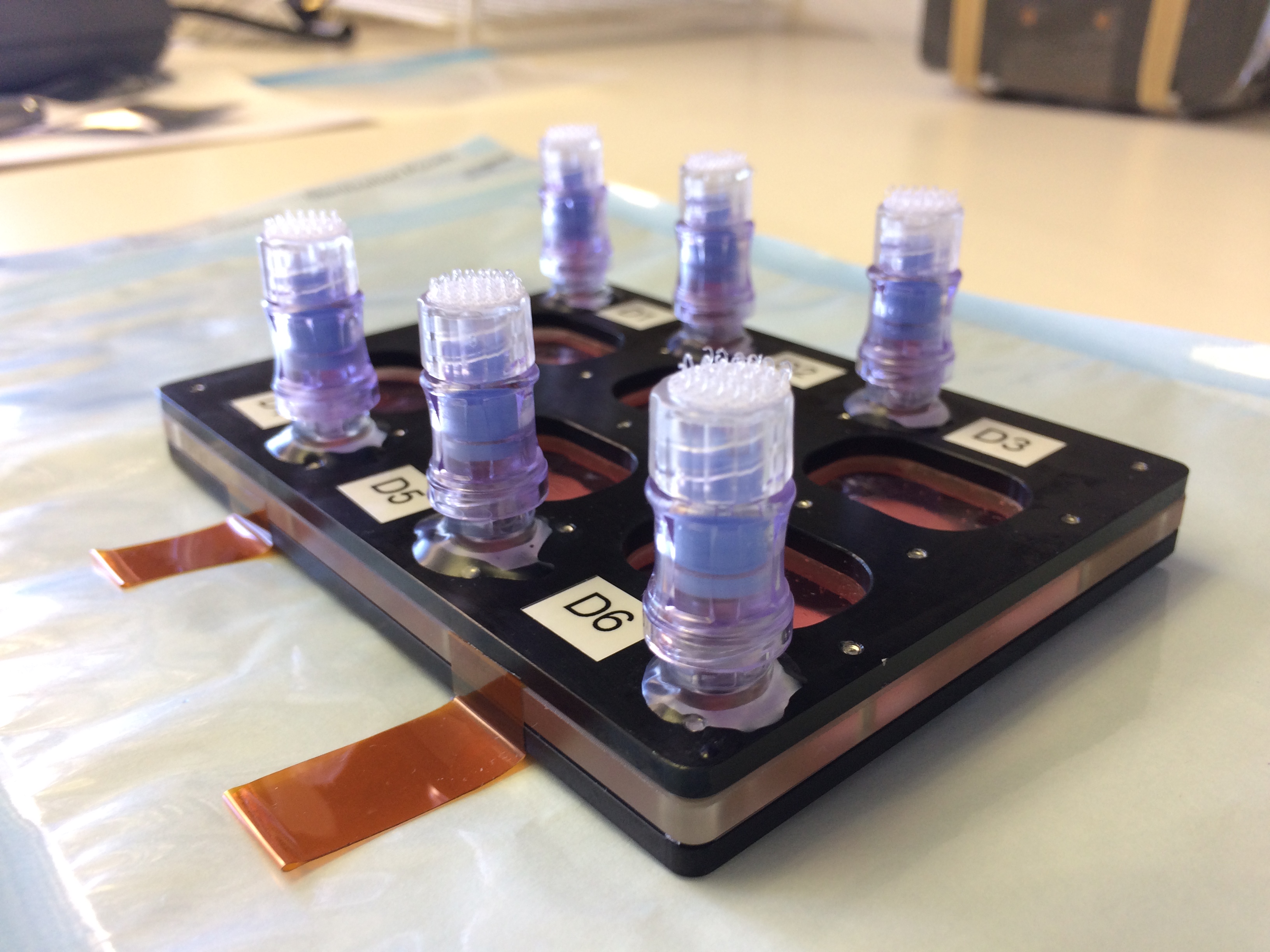 A wide variety of research relies on growing cells in culture on Earth, but handling these cells is challenging. With better techniques, scientists hope to reduce loss of cells from culture media, create cultures in specific shapes, and improve retrieval of cells for analysis – all of which would improve experiment results. Handling cells in microgravity poses even greater challenges, and with ongoing cell investigations aboard the International Space Station, optimizing handling techniques is critical.

The Magnetic 3D Cell Culturing investigation applies the Earth-based technique of using magnetic forces to handle cell cultures in the microgravity environment of the space station. Researchers add gold atoms in a polymer matrix to a culture of human lung cancer cells. These atoms bind strongly to the membrane of the cells, which then makes it possible to manipulate them with magnets.

“This technology may enable us to handle cells in space in a way currently not possible,” said project manager Luis Zea, research associate at BioServe Space Technologies, University of Colorado, Boulder. “We can use it to manipulate cells and make sure they are where we want them. For example, when adding fresh medium or a fixative to a culture, there is a good chance cells will move, which affects the parameters of the experiment. After adding these magnetic particles, we can use magnets to keep the cells in one place.”

The technique, known as bioprinting, also makes it possible to grow cell cultures in two dimensions on a surface in space, the way they naturally grow on Earth.

“On Earth, you put cells on a biofilm medium and they grow on its surface,” Zea explained. “That doesn’t happen in space, because there isn’t enough gravity to hold them to that surface. So currently, we start growing cells on a medium on the ground, launch to space, and then start the experiment. With the magnetic particles, we can start growing cell cultures in space the same as on Earth.”

Glauco Souza, principle investigator at Nano3D Biosciences, Inc in Houston and colleagues have done research indicating the gold nanoparticles do not interfere with biological processes when tested on Earth.

The technology also has potential applications for investigations requiring 3-D cell cultures. In space, cell cultures grow in 3-D, which decades of research have shown is more representative of how cells grow and function in living organisms. Researchers may be able to use this technology to direct the shape of 3-D cultures to resemble a specific target of study, such as a particular type of cancer, Zea said. Creating cultures that better capture the characteristics of tissue in living organisms almost as easily on the ground as in space could, for example, reduce drug development costs.

“This investigation tests a new technology and other scientists can then identify how it may apply to their field of research,” Zea said.

The investigation uses existing hardware aboard the space station. Nano3D Biosciences developed the magnetic nanoparticle technology and, with support from the Center for Advancement of Science in Space (CASIS) which manages in the U.S. National Lab aboard the station, adapted it for experiments in space. The company also developed the cell bioprinting technology for forming 2-D or monolayer cultures of cells. Together, these technologies allow culturing cells in 2-D and 3-D both in space and on the ground, which helps isolate the effect of gravity on an experiment.