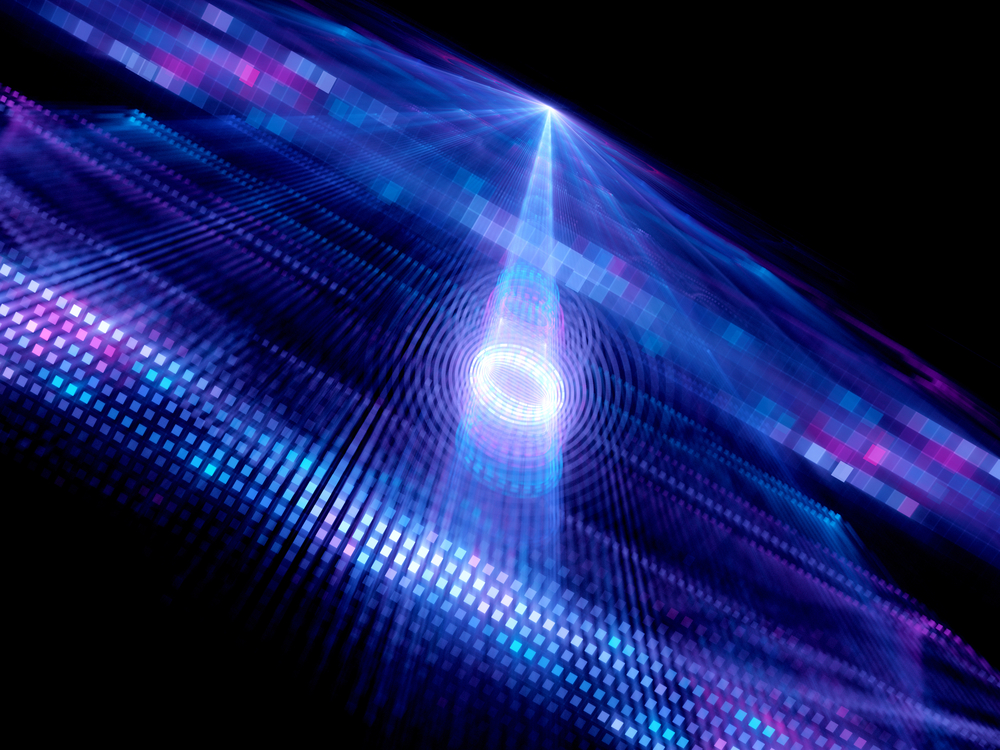 The nitrogen-vacancy (NV) center is an optically active defect in diamond comprising a nitrogen atom and an adjacent vacancy, replacing carbon atoms in the diamond lattice. This defect has electrons that are capable of storing quantum information. To utilize this special property for quantum computation, it is required to create a network of interacting NV centers. The research so far has focused on using photons emitted by the NV centers to create this interaction under a special low temperature environment.

In a complementary approach the research team at City College in collaboration with researchers at the Australian National University (ANU) in Canberra are envisioning an electron-transport-based interaction that is realizable in ambient conditions. In one of the key experiments reported a focused green laser beam was used to remove the electrons from the NV centers, which later diffused radially in the diamond. A red laser scan was used to image NV centers that trapped these diffused charges as far as 30 microns. The team exploited the difference in luminescence intensities of the NV centers with and without the electron to create a map of the trapped carriers.