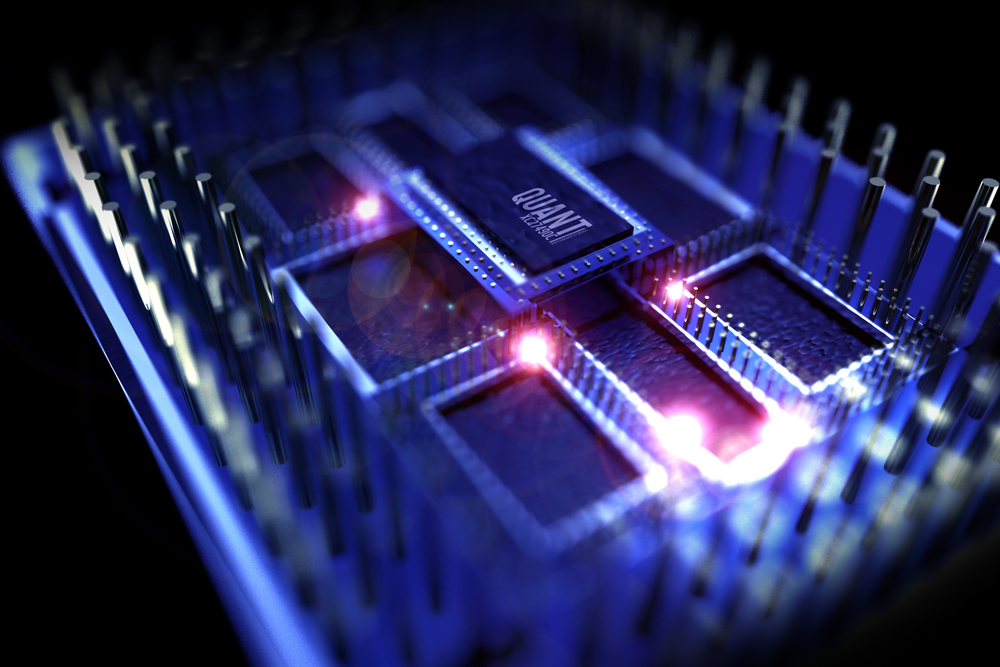 Scientists at the Energy Department’s National Renewable Energy Laboratory (NREL) discovered a use for perovskites that runs counter to the intended usage of the hybrid organic-inorganic material.

Considerable research at NREL and elsewhere has been conducted into the use of organic-inorganic hybrid perovskites as a solar cell. Perovskite systems have been shown to be highly efficient at converting sunlight to electricity. Experimenting on a lead-halide perovskite, NREL researchers found evidence the material could have great potential for optoelectronic applications beyond photovoltaics, including in the field of quantum computers.

The discovery was made by accident, said Beard, and occurred while the researchers were investigating excitons in perovskites. The sample was illuminated with a short laser pulse whose wavelength was specifically tuned to avoid being absorbed by the sample. Instead, the exposure triggered a strong interaction of light with the perovskite, producing a shifted transition energy known as the optical Stark effect. The effect occurs in semiconductors, but typically can only be observed at extremely low temperatures in very high-quality, high-cost materials. NREL’s scientists were able to observe the effect quite readily at room temperature in materials grown using solution processing.

The NREL researchers used the optical Stark effect to remove the degeneracy of the excitonic spin states within the perovskite sample. An electron can have either “up” or “down” spins, and electrons with opposite spins can occupy the same electronic state. Circularly polarized light can be used to only interact with one of the spin states, shifting its transition energy.

Additional research is needed. The researchers must demonstrate they can control the spin states and address whether the stability problems that have hampered the use of perovskites as solar cells also are a factor in this area.

Funds for the research came from the Energy Department’s Office of Science.