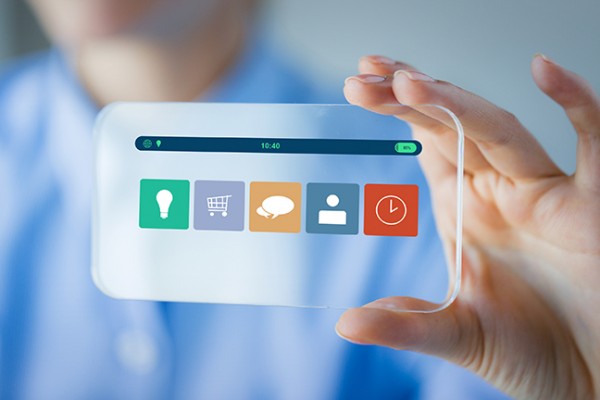 A team of researchers, led by the University of Minnesota, have discovered a new nano-scale thin film material with the highest-ever conductivity in its class. The new material could lead to smaller, faster, and more powerful electronics, as well as more efficient solar cells.

The discovery is being published today in Nature Communications, an open access journal that publishes high-quality research from all areas of the natural sciences.

Researchers say that what makes this new material so unique is that it has a high conductivity, which helps electronics conduct more electricity and become more powerful. But the material also has a wide bandgap, which means light can easily pass through the material making it optically transparent. In most cases, materials with wide bandgap, usually have either low conductivity or poor transparency.

“The high conductivity and wide bandgap make this an ideal material for making optically transparent conducting films which could be used in a wide variety of electronic devices, including high power electronics, electronic displays, touchscreens and even solar cells in which light needs to pass through the device,” said Bharat Jalan, a University of Minnesota chemical engineering and materials science professor and the lead researcher on the study.

Currently, most of the transparent conductors in our electronics use a chemical element called indium. The price of indium has generally gone up over the last two decades, which has added to the cost of current display technology. As a result, there has been tremendous effort to find alternative materials that work as well, or even better, than indium-based transparent conductors.

In this study, researchers found a solution. They developed a new transparent conducting thin film using a novel synthesis method, in which they grew a BaSnO3 thin film (a combination of barium, tin and oxygen, called barium stannate), but replaced elemental tin source with a chemical precursor of tin. The chemical precursor of tin has unique, radical properties that enhanced the chemical reactivity and greatly improved the metal oxide formation process. Both barium and tin are significantly cheaper than indium and are abundantly available.

“We were quite surprised at how well this unconventional approach worked the very first time we used the tin chemical precursor,” said University of Minnesota chemical engineering and materials science graduate student Abhinav Prakash, the first author of the paper. “It was a big risk, but it was quite a big breakthrough for us.”

Jalan and Prakash said this new process allowed them to create this material with unprecedented control over thickness, composition, and defect concentration and that this process should be highly suitable for a number of other material systems where the element is hard to oxidize. The new process is also reproducible and scalable.

They further added that it was the structurally superior quality with improved defect concentration that allowed them to discover high conductivity in the material. They said the next step is to continue to reduce the defects at the atomic scale.

“Even though this material has the highest conductivity within the same materials class, there is much room for improvement in addition, to the outstanding potential for discovering new physics if we decrease the defects. That’s our next goal,” Jalan said.

The research was funded by the National Science Foundation (NSF), Air Force Office of Scientific Research (AFOSR), and U.S. Department of Energy.