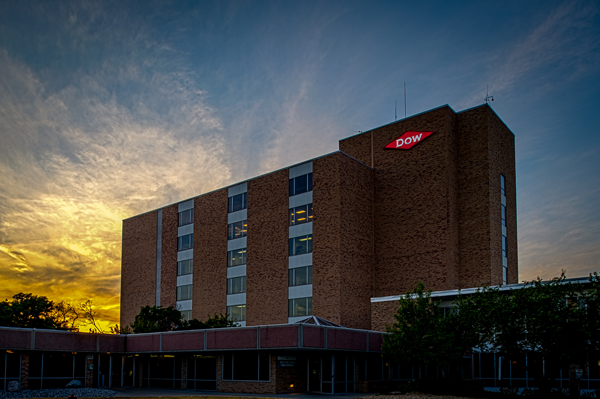 Less than two years after agreeing to a merger of equals, Dow Chemical and DuPont have received all regulatory approvals, and are now trading on the New York Stock Exchange as DowDuPont (DWDP), a holding company.

The historic deal that binds the two chemical giants closed on Thursday, Aug. 31, with shares of DWDP trading on Friday, Sept. 1. The new company opened at $66.55 per share, the same as Dow’s closing price on Thursday. DWDP ultimately closed at $66.97 per share on Friday, after hitting a high of $73.33 midday.

But this is not the end of the story. As originally intended, DowDuPont will split into three separate publically traded companies—agriculture, specialty products and materials—within 18 months.

Some experts thought this day would never come. Surely two chemical companies that each claim a market capitalization of $59 billion a year—thus creating a mega-company worth approximately $130 billion—would trigger anti-trust laws.

But after a lengthy approval process, the Department of Justice announced in June 2017 that Dow and DuPont each had to divest certain assets for the proposed merger to continue.

DuPont was forced to divest its market-leading Finesse herbicide and Rynaxpyr insecticide products to a buyer approved by the U.S. According to the DOJ, the divestiture, which totals more than $100 million, “would preserve competition in U.S. markets for broadleaf herbicides for winter wheat and insecticides for chewing pests.”

For its part, Dow had to divest its U.S. acid copolymers and ionomers business, again to remedy the merger’s harm for competition in that specific market.

The European Commission, which has more stringent anti-trust laws than the U.S., announced in March 2017 that it would approve the merger conditioned on the divestitures outlined by the DOJ, as well as DuPont’s assets used for R&D of new crop protection chemicals.

The divestitures were just another verse of the restructuring story both companies were already executing—even prior to the merger.

For example, DuPont excited the performance paints and coatings industry, while Dow bowed out of selling materials like chlorine and epoxy—even though those are the products that made the companies famous in the first place. In fact, since 2009, Dow has shed businesses responsible for $15 billion in annual revenue.

DuPont’s restructuring hit home on Jan. 1, 2016, when DuPont’s Central Research & Development division ceased to exist. Instead, the company combined DuPont Science & Technology and DuPont Engineering into a single organization called Science & Engineering. The Central Research & Development division was then replaced with a new organization called Science & Innovation. This directly resulted in the elimination of 1,700 positions in Delaware. In 2016, DuPont set out to reduce approximately $700 million in costs, which included eliminating nearly 10 percent of the company’s global workforce.

Former Dow CEO Andrew Liveris, now the executive chairman of DowDuPont, and former DuPont CEO Ed Breen, now CEO of DowDuPont, will lead the separation of the company, along with the Board of Directors and advisory committees.

“Our teams have been working for more than a year on integration planning, and—as of today [Sept. 1]—we will hit the ground running on executing those plans with an intention to complete the separations as quickly as possible,” Liveris, who is widely viewed as the catalyst behind the merger, said in a press release.

Three separate advisory committees featuring Board of Directors members have been established to equip agriculture, materials, and specialty products with their own processes, people, systems, licenses, etc.

The intended agriculture company will combine products and expertise from DuPont Pioneer, DuPont Crop Protection and Dow AgroSciences. It will be headquartered in Wilmington, Delaware—the home of DuPont—with business centers in Johnston, Iowa, and Indianapolis.

“DowDuPont is a launching pad for three intended strong companies that will be better positioned to reinvest in science and innovation, solve our customers’ ever-evolving challenges, and generate long-term returns for our shareholders,” Breen said in a press release. “With the merger now complete, our focus is on finalizing the organizational structures that will be the foundations of these three intended strong companies and capturing the synergies to unlock value. With clear focus, market visibility and more productive R&D, each intended company will be equipped to compete successfully as an industry leader.”