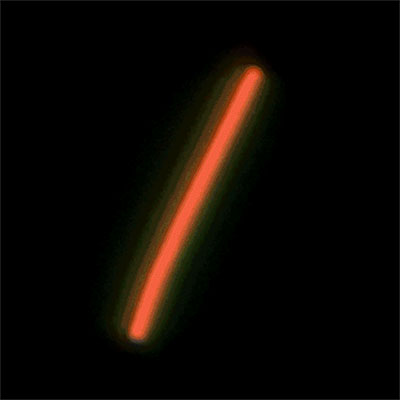 An international team of scientists has for the first time used an X-ray free-electron laser to unravel the structure of an intact virus particle on the atomic level. The method dramatically reduces the amount of virus material required, while also allowing the investigations to be carried out several times faster than before. This opens up entirely new research opportunities, as the research team led by Alke Meents, a scientist at Germany’s DESY lab, reports in the journal Nature Methods.

The researchers tested their method with the Linac Coherent Light Source (LCLS) X-ray free-electron laser at the Department of Energy’s SLAC National Accelerator Laboratory. Now they are working to increase the capacity and speed of the technique in anticipation of future experiments at the European XFEL X-ray free-electron laser, which is just going into operation near Hamburg, Germany.

“This is a much-welcome and important technological development that will greatly optimize data collection at LCLS and other X-ray free-electron lasers for certain classes of challenging experiments,” says co-author Roberto Alonso Mori, a staff scientist in the LCLS hard X-ray group. “The same technology could be used not only for biological science but could also help data collection in other areas.”

A Well-Rounded View of Life

In the field known as structural biology, scientists examine the three-dimensional structure of biological molecules in order to work out how they function. This knowledge enhances our understanding of fundamental biological processes, such as the way substances are transported in and out of a cell, and can also inform drug development.

“Knowing the three-dimensional structure of a molecule like a protein gives great insight into its biological behaviour,” explains co-author David Stuart, director of life sciences at the Diamond Light Source synchrotron facility in the United Kingdom and a professor at the University of Oxford. “One example is how understanding the structure of a protein that a virus uses to ‘hook’ onto a cell could mean that we’re able to design a defense for the cell to make the virus incapable of attacking it.”

X-ray crystallography is by far the most prolific tool used by structural biologists and has already been used to determine the structure of thousands of biological molecules. Tiny crystals of the protein of interest are grown, and then illuminated using high-energy X-rays. The crystals diffract the X-rays in characteristic ways so that the resulting diffraction patterns can be used to deduce the spatial structure of the crystal – and hence of its components – on the atomic scale. However, protein crystals are nowhere near as stable and sturdy as salt crystals, for example. They are difficult to grow, often remaining tiny, and are easily damaged by the X-rays.

“X-ray lasers have opened up a new path to protein crystallography, because their extremely intense pulses can be used to analyse even extremely tiny crystals that would not produce a sufficiently bright diffraction image using other X-ray sources,” says co-author Armin Wagner from Diamond Light Source. However, each of these microcrystals can only produce a single diffraction image before it evaporates as a result of the X-ray pulse. To perform the structural analysis, though, hundreds or even thousands of diffraction images are needed. In such experiments, scientists therefore inject a fine liquid jet of protein crystals through an X-ray laser beam that pulses in a rapid sequence of extremely short bursts. Each time an X-ray pulse happens to strike a microcrystal, a diffraction image is produced and recorded.

This method is very successful and has already been used to determine the structure of more than 80 biomolecules, the researchers point out in their paper. However, most of the sample material is wasted. “The hit rate is typically less than 2 percent of pulses, so most of the precious microcrystals end up unused in the collection container,” says Meents, who is based at the Center for Free-Electron Laser Science (CFEL) in Hamburg, a cooperation of DESY, the University of Hamburg and the German Max Planck Society. The standard method therefore typically requires several hours of beam time and significant amounts of sample material.

Protein Crystals on a Chip

In order to use the limited beam time and the precious sample material more efficiently, the team developed a new method. The scientists use a micro-patterned chip containing thousands of tiny pores to hold the protein crystals. The X-ray laser then scans the chip line by line, and ideally this allows a diffraction image to be recorded for each pulse of the laser.

The research team tested its method on two virus samples using SLAC’s LCLS X-ray laser, which produces 120 pulses per second. They loaded their sample holder with a small amount of microcrystals of the bovine enterovirus 2 (BEV2), a virus that causes miscarriages, stillbirths and infertility in cattle, and which is very difficult to crystallise.

In this experiment, the scientists achieved a hit rate – where the X-ray laser successfully targeted the crystal – of up to 9 percent, five times the hit rate of the previous method. Within just 14 minutes they had collected enough data to determine the correct structure of the virus – which was already known from other experiments – down to a scale of 2.3 angstroms.

“To the best of our knowledge, this is the first time the atomic structure of an intact virus particle has been determined using an X-ray laser,” Meents says. “Whereas earlier methods at other X-ray light sources required crystals with a total volume of 3.5 nanoliters, or billionths of a liter, we managed using crystals that were more than 10 times smaller, having a total volume of just 0.23 nanoliters.”

This experiment was conducted at room temperature; while rapidly cooling the protein crystals would protect them to some extent from radiation damage, this is not generally feasible when working with extremely sensitive virus crystals. Crystals of isolated virus proteins can, however, be frozen and in a second test, the researchers studied a viral protein called polyhedrin that makes up a viral occlusion body — a container used by certain virus species to protect up to several thousand virus particles at a time against environmental influences so they can remain intact much longer.

From Room Temperature to a Deep Chill

For the second test, the scientist loaded their chip with polyhedrin crystals and examined them using the X-ray laser while keeping the chip at temperatures below minus 180 degrees Celsius. Here, the scientists achieved a hit rate of up to 90 percent. In just 10 minutes they recorded more than enough diffraction images to determine the protein structure to within 2.4 angstroms.

“For the structure of polyhedrin, we only had to scan a single chip that was loaded with four micrograms of protein crystals; that is orders of magnitude less than the amount that would normally be needed,” explains Meents.

“Our approach not only reduces the data collection time and the quantity of the sample needed, it also opens up the opportunity of analysing entire viruses using X-ray lasers,” Meents sums up. The scientists now want to increase the capacity of their chip by a factor of ten, from 22,500 to some 200,000 micropores, and further increase the scanning speed to up to one thousand samples per second. This would better exploit the potential of the European XFEL, which will be able to produce up to 27,000 X-ray laser pulses per second, as well as an upgraded LCLS that is scheduled to come on line in the early 2020s and produce up to a million pulses per second. Furthermore, the next generation of chips will expose only those micropores that are targeted for analysis, to prevent the remaining crystals from being damaged by scattered radiation from the X-ray laser.

Diamond scientists have collaborated with the team at DESY, with much of the development and testing of the micro-patterned chip being on Diamond’s I02 and I24 beamlines. Researchers from the University of Oxford, the University of Eastern Finland, the Swiss Paul Scherrer Institute, Lawrence Berkeley National Laboratory and SLAC were also involved in the research. LCLS is a DOE Office of Science User Facility.