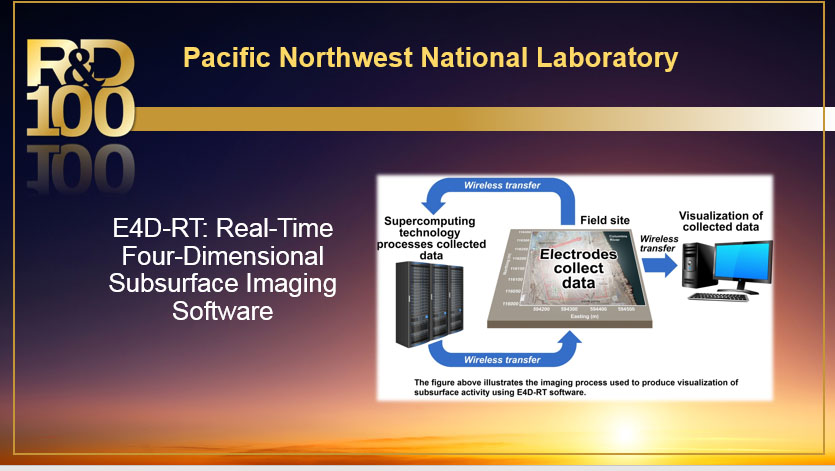 E4D-RT: Real-Time Four-Dimensional Subsurface Imaging Software is the only commercially available ERT imaging software that can run on distributed memory supercomputing systems—multiprocessor computer systems in which each processor has its own private memory—making it scalable where others are not. E4D-RT’s nimble ability to scale according to the resources of the computing system running the software allows it to continue to produce excellent results on both small and large computing systems, provided the computer processing unit—or CPU—has a minimum of two processor cores, which is currently common even among standard laptops. By linking field data collection hardware to a supercomputing system, E4D-RT can process data fast enough to provide this imaging in real-time—something other commercial ERT programs can’t do. In 2015, the U.S. Department of Energy (DOE) spent about $6 billion on clean-up and remediation; world-wide, the cost of these activities is even larger. Real-time imaging allows scientists to see subsurface processes and solutions as they occur, such as remediation processes that are working to limit the movement of contaminants below the surface and toward water resources.