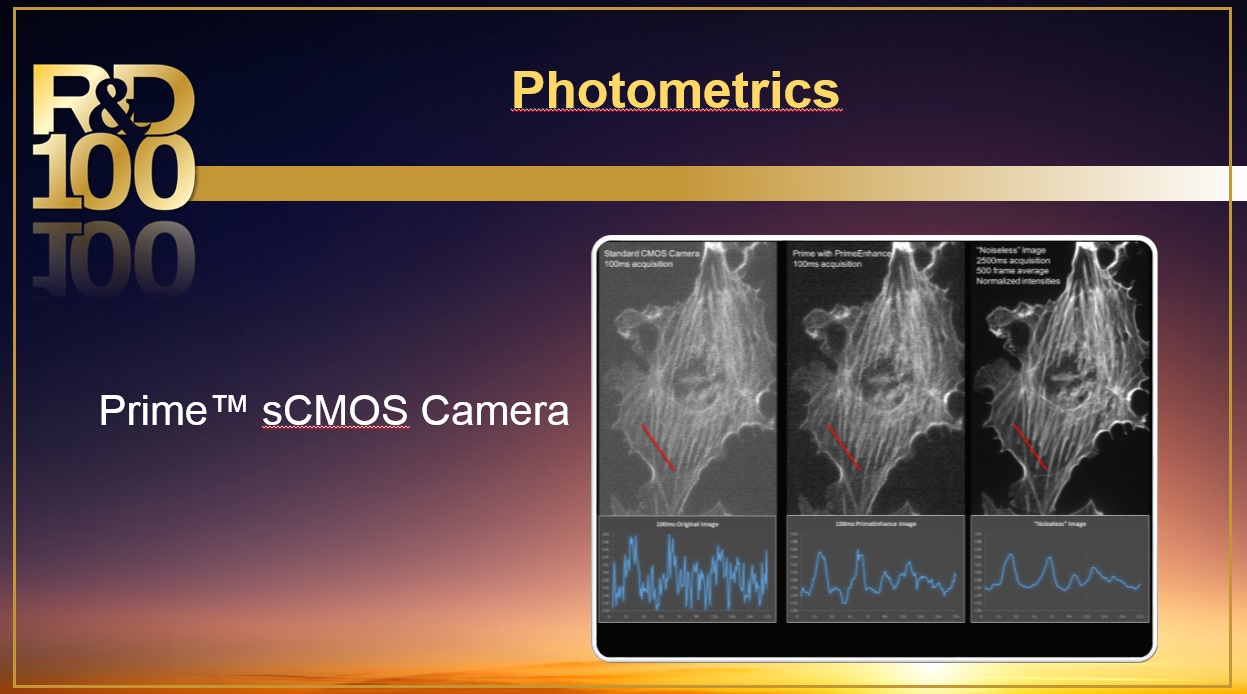 The ability to minimize a photon shot noise in scientific imaging is a monumental feat that until now, has been fraught with undesirable tradeoffs. Progress with sensor technology has provided both faster and larger camera images, enabling the collection of large amounts of data in a short time, up to almost whole Gigabytes per second.

The Prime sCMOS Camera reduces the negative effects of photon shot noise and provides a 3x-5x increase in Signal-to-Noise Ratio. This allows for lower-light imaging, which extends cell lifetimes and enables capture of higher quality data. It also solves a common problem in localization-based super resolution data glut. It dynamically evaluates acquired images and reduces the surplus of data generated during high-speed-super-resolution imaging. By actively detecting and transferring only those regions containing localization data, it lowers data storage requirements on the host PC.