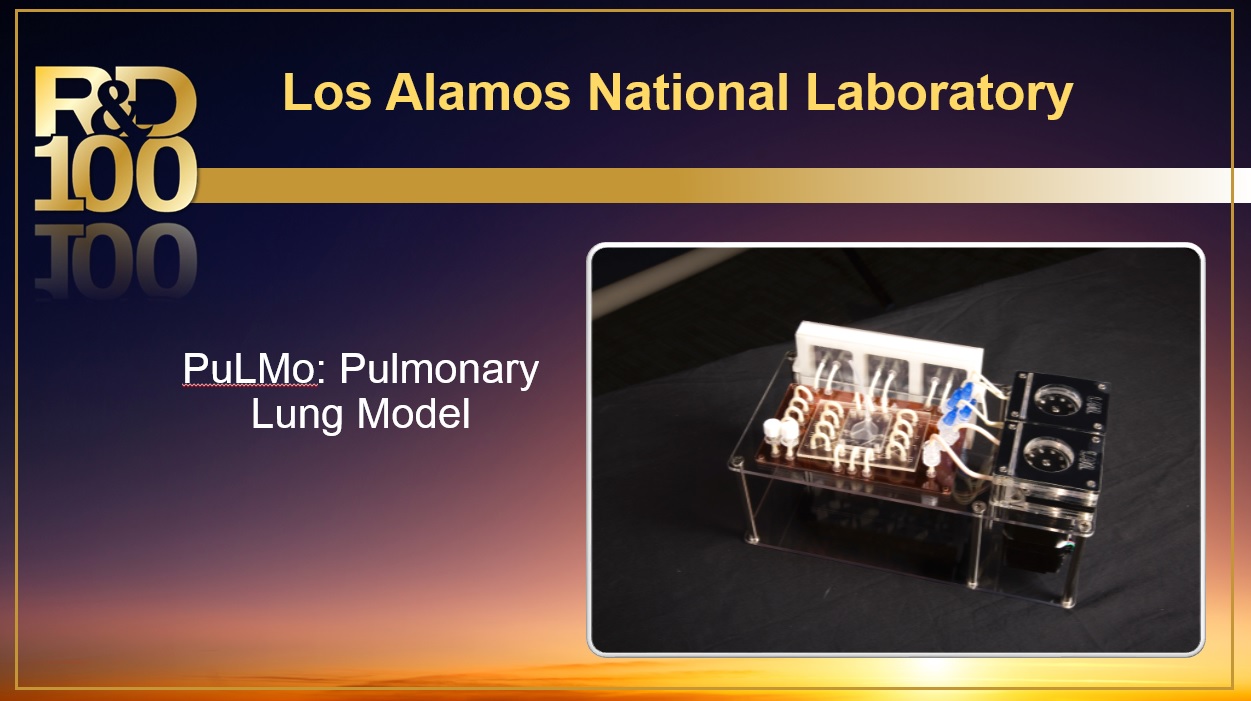 To avoid lung disease complications, scientists and engineers at Los Alamos National Laboratory have developed PuLMo: Pulmonary Lung Model—a miniature, tissue-engineered lung platform that precisely mimics the response of human lungs to pharmaceuticals and other agents. The principal application of PuLMo, a winner of a 2016 R&D 100 award, is to revolutionize the reliability of drug toxicity assessments and better predict the efficacy of a new drug in humans. Since PuLMo is the size of an actual human lung, such miniaturization makes it possible to evaluate multiple units at a time.

Customization of integrated components could also create models for different lung-specific diseases and conditions. Another application is using PuLMo as a platform from which to study the flow dynamics of particles inside a lung. These flow dynamics are essential in many research and development applications, including drug delivery, smoke and e-cigarette inhalation studies, as well as particle/pathogen deposition studies.