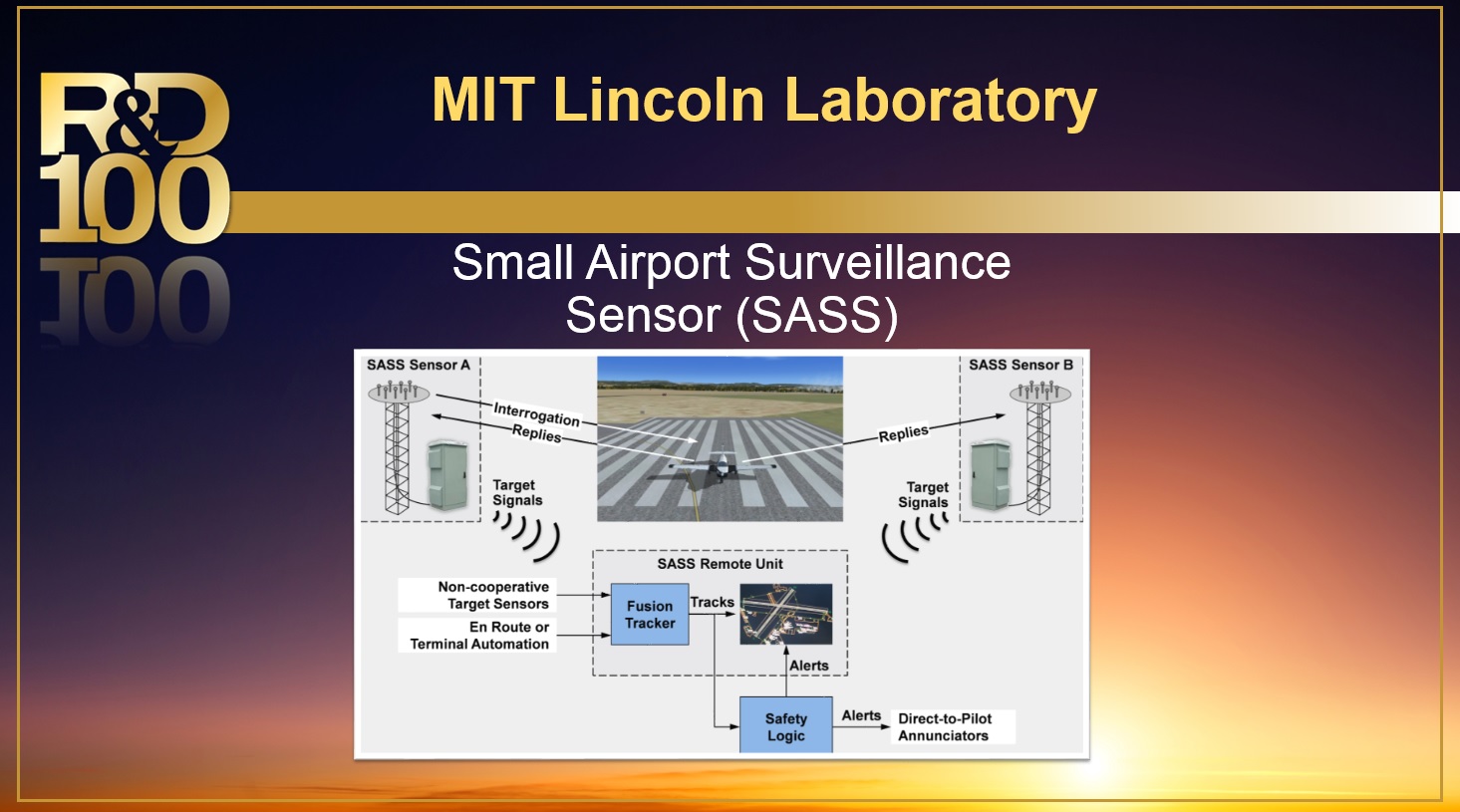 MIT Lincoln Laboratory’s Small Airport Surveillance Sensor (SASS), which won a 2016 R&D 100 award, displays the location of surface and airborne aircraft under all visibility conditions, including nighttime and bad weather.  It is intended as a low-cost system for deployment at small airports that lack this capability.

The revolutionary development here is the ability to have a modern phased-array radar capability at very low cost.  Instead of the typical millions of dollars for such systems, the product delivers the capability at less cost. The key advancement is a high accuracy phased-array antenna implemented with commercial components. The technology employs a novel phased array antenna to determine the angle of arrival (AOA) of beacon transponder replies with high accuracy.  Two SASS sensors are installed on the airport surface near the ends of the longest runway. These sensors measure the AOA and time of arrival of transponder replies and forward these detections to a remote unit at the control tower.