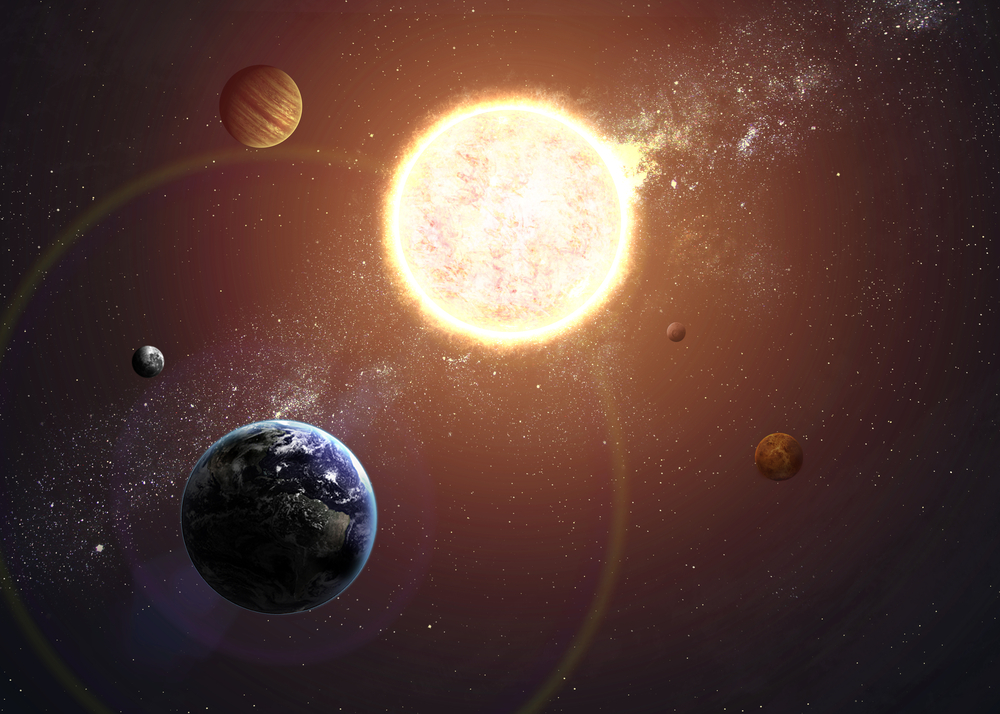 Astronomers have found four planets similar in size to Earth orbiting a star resembling the characteristics of the sun.

An international team of astronomers detected the four planets with masses as low as 1.7 Earth masses orbiting tau Ceti, a star about 12 light years away from Earth and visible to the naked eye.

The discovery represents the smallest planets ever detected around nearby sun-like stars, with two of the planets located in the habitable zone of the star and possibly able to support liquid surface water.

“We are now finally crossing a threshold where, through very sophisticated modeling of large combined data sets from multiple independent observers, we can disentangle the noise due to stellar surface activity from the very tiny signals generated by the gravitational tugs from Earth-sized orbiting planets,” Steven Vogt, Ph.D., a professor of astronomy and astrophysics at the University of California Santa Cruz and co-author of the study, said in a statement.

The group may continue to make advancements as they come close to achieving the 10-centimeter-per-second limit required for detecting Earth analogs.

“Our detection of such weak wobbles is a milestone in the search for Earth analogs and the understanding of the Earth’s habitability through comparison with these analogs,” lead author Fabo Feng, Ph.D., of the University of Hertfordshire in the U.K., said in a statement. “We have introduced new methods to remove the noise in the data in order to reveal the weak planetary signals.”

While the outer two planets may be considered habitable, a massive debris disc around the star likely reduces their habitability because of an intensive bombardment by asteroids and comets.

The research team began studying tau Ceti in 2013 in an effort to develop data analysis techniques while using the star as a benchmark case.

“This enabled us to essentially verify the existence of the two outer, potentially habitable planets in the system.”

Unlike more common smaller stars, sun-like stars are not so faint that planets would be tidally locked, showing the same side to the star at all times. These stars are targets in the search for habitable planets because they are similar to the sun in size and brightness and often host multi-planet systems.