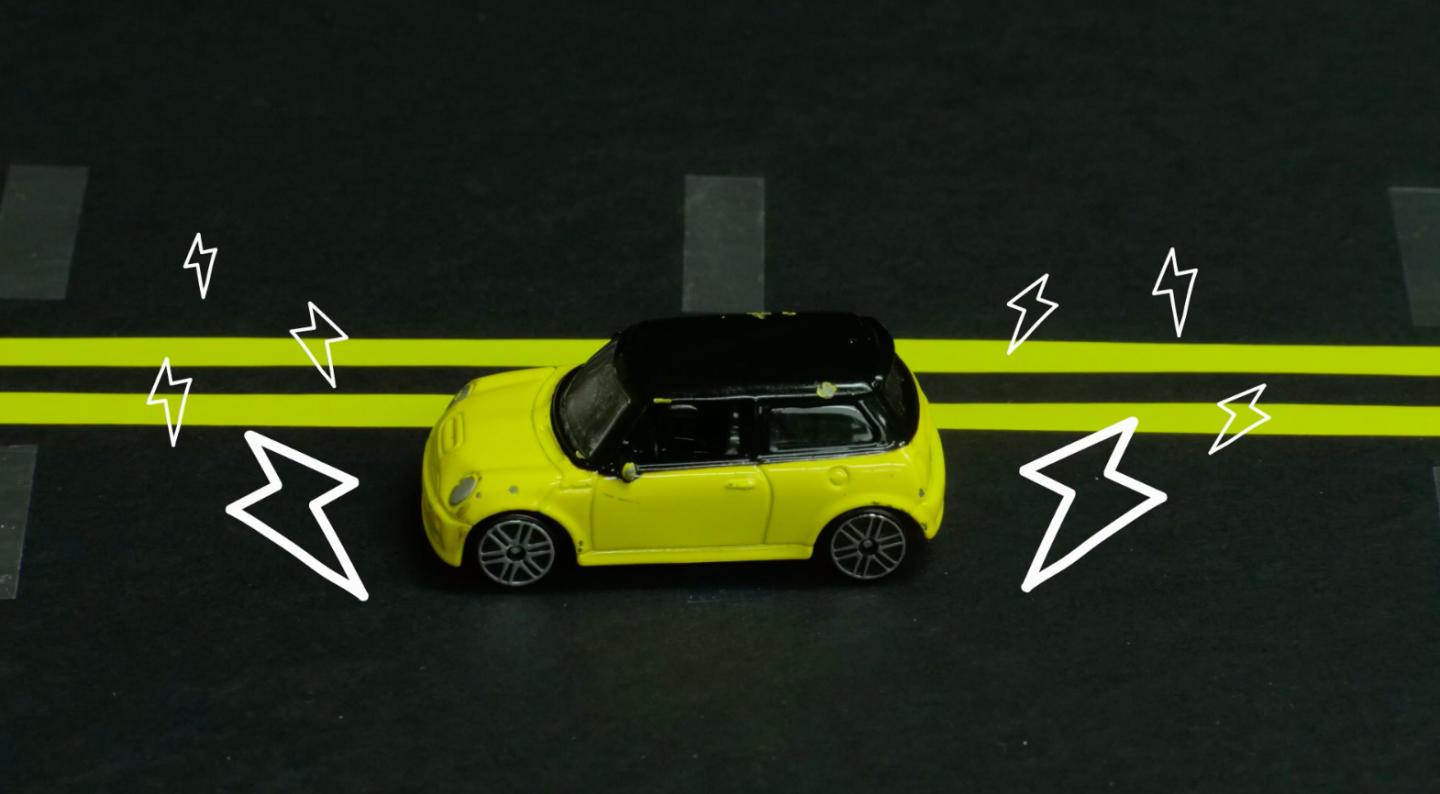 Electric vehicles may one day be able to recharge while driving down the highway, drawing wireless power directly from plates installed in the road that would make it possible to drive hundreds–if not thousands–of miles without having to plug in. While the idea may sound like science fiction, University of Colorado Boulder engineers are working to bring it closer to reality.

“We’d like to enable electric vehicles to charge on the go,” said Khurram Afridi, an assistant professor in CU Boulder’s Department of Electrical, Computer and Energy Engineering.

Over the last two years, Afridi and his colleagues have developed a proof of concept for wireless power transfer that transfers electrical energy through electric fields at very high frequencies. The ability to send large amounts of energy across greater physical distance to in-motion platforms from low cost charging plates could one day allow the technology to expand beyond small consumer electronics like cell phones and begin powering bigger things like automobiles.

Currently, most electric vehicles can travel between 100 and 250 miles on a single charge, depending on the make and model. But charging stations are still few and far between in much of the country, requiring drivers to be strategic in their travel. That problem could go away with this technology, Afridi said.

“On a highway, you could have one lane dedicated to charging,” Afridi said, adding that a vehicle could simply travel in that lane when it needed an energy boost and could carry a smaller onboard battery as a result, reducing the overall cost of the vehicle. Today, some small consumer devices feature wireless power transfer, which allows the object to draw energy while lying on a specially-designed pad that is plugged into an outlet.

Replicating this capability for an automobile in motion is far more difficult, requiring significantly more power to be sent across a greater physical distance from the roadway to the vehicle. A car traveling at highway speeds would not linger on any single charging pad for more than a fraction of a second, so the pads would need to be placed every few meters to provide a continuous charge. To solve the in-motion problem, Afridi had to think differently about methodology. Charging a smartphone only requires five watts of power. A laptop might need 100 watts. But an electric vehicle in motion requires tens of kilowatts of power, two orders of magnitude higher.

Most wireless power technology research to date has focused on transferring energy through magnetic fields – the so-called inductive approach. Magnetic fields, at strength levels appropriate for substantial energy transfer, are easier to generate than equivalent electric fields. However, magnetic fields travel in a looping pattern, requiring the use of fragile and lossy ferrites to keep the fields and the energy directed – resulting in an expensive system. Electrical fields, by contrast, naturally travel in relatively straight lines. Afridi wanted to take advantage of the more directed nature of electric fields for his innovation and substantially reduce the cost of the system.

The challenge of using electric fields for wireless power transfer – the capacitive approach – is that the large airgap between the roadway and the electric vehicle results in a very small capacitance through which the energy must be transferred.

“Everybody said that it’s not possible to transfer that much energy through such a small capacitance,” said Afridi. “But we thought: What if we increase the frequency of the electric fields?”

In his laboratory, Afridi and his students set up metal plates parallel to one another, separated by 12 centimeters. The two bottom plates represent the transmitting plates within the roadway while the two top plates represent the receiving plates inside the vehicle. When Afridi flips a switch, energy is transmitted from the bottom plates. Instantly, the lightbulb above the top plates lights up–power transmission with no wires needed. The device has steadily improved to the point where it can transmit kilowatts of power at megahertz-scale frequencies.

“When we broke the thousand-watt barrier by sending energy across the 12-centimeter gap, we were just exhilarated,” Afridi said. “There were a lot of high fives that day.”

Afridi plans to continue developing the prototype and scale it for potential real-world applications. He has received funds from the Department of Energy’s ARPA-E division and support from a National Science Foundation CAREER award. A recent seed grant from the Colorado Energy Research Collaboratory, granted to Afridi in partnership with Colorado State University and NREL, will allow him to explore the feasibility and optimization of the in-motion system.

In the near term, Afridi envisions the technology being adapted for warehouse use. Automated warehouse robots and forklifts, for example, could move along areas enabled for wireless power transfer and never need to be plugged in, eliminating downtime and increasing productivity. The technology could also be adapted for use in next-generation transportation projects like the Hyperloop, a proposed system that could take passengers from Los Angeles to San Francisco in 30 minutes.

The advent of an electric highway is still far over the horizon and will inevitably face many hurdles, both technological and societal. “As a scientist, you feel challenged by things that people tell you are impossible to do,” Afridi said.