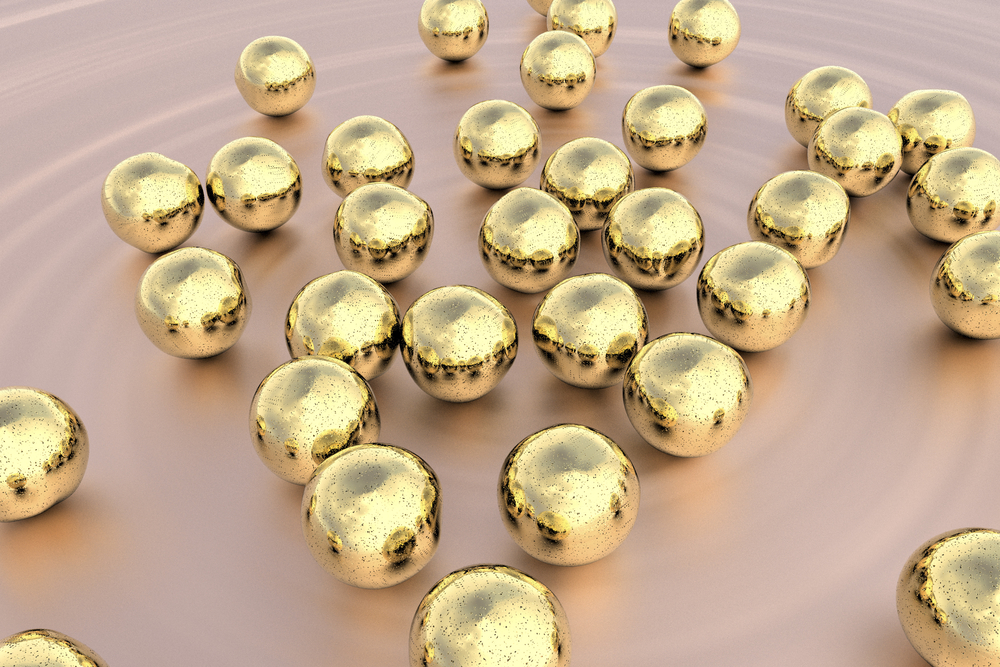 Researchers have developed a new method using gold nanoparticles that enables drugs to be tailored to reach specific targeted areas of the body.

A team from the University of Lincoln has created a way to bind gold nanoparticles with a biological protein, enabling  drugs that otherwise become insoluble or quickly degrade in the blood stream to more accurately target a specific area of the body.

To create the new process, the researchers took fragments of proteins from bacteria and flatworms, that when fused together were effective at binding to the gold nanoparticle surface and were able to form stable bonds with other proteins.

The gold nanoparticles are spheres comprised of gold atoms that have a diameter of only a few billionths of a meter. Because they are small, the nanoparticles overcome biological barriers like membranes, skin and the small intestine, which would usually prevent the drug from reaching its intended target.

Previously, the proteins and nanoparticles had to be mixed together with particles that did not have the ability to control the way they bind, making the drug potentially less effective. However, the new method allows a pharmacologist to place the proteins onto the gold nanoparticles layer by layer in a specific order to maintain the integrity of the protein.

“Gold nanoparticles are a vital tool in new drug development and drug delivery systems,” Enrico Ferrari, PhD, a nanobiotechnologist from the University of Lincoln’s School of Life Sciences, said in a statement. “We have unlocked the key to binding proteins and molecules so that those drugs will be more effective. This method might help to design nanomedicines that do not need extensive chemical modification of a protein drug or a nano-carrier and therefore can be developed more easily and faster.”

According to the study, proteins possess a broad range of functional properties, including catalysis, cellular signaling, molecular recognition, and ligand binding and are involved in virtually all biological processes with a range of physical and chemical properties.

The technology is already used in other applications, including pregnancy tests, where gold nanoparticles decorated with an antibody against the hormone present in the urine of pregnant women is added to the positive strip so it reacts with the nanoparticles to turn the stick red.

The new method could also be used for biosensors and diagnostic kits that use gold, including those used in clinical settings to identify ongoing infections in patients’ blood.