The new filtering technique is so effective, water samples from Sydney Harbour were safe to drink after passing through the filter.

The breakthrough research was published in Nature Communications.

“As a result, millions — mostly children — die from diseases associated with inadequate water supply, sanitation and hygiene every year.

“In Graphair we’ve found a perfect filter for water purification. It can replace the complex, time consuming and multi-stage processes currently needed with a single step.”

While graphene is the world’s strongest material and can be just a single carbon atom thin, it is usually water repellent.

Using their Graphair process, CSIRO researchers were able to create a film with microscopic nano-channels that let water pass through, but stop pollutants.

As an added advantage Graphair is simpler, cheaper, faster, and more environmentally friendly than graphene to make. It consists of renewable soybean oil, more commonly found in vegetable oil. 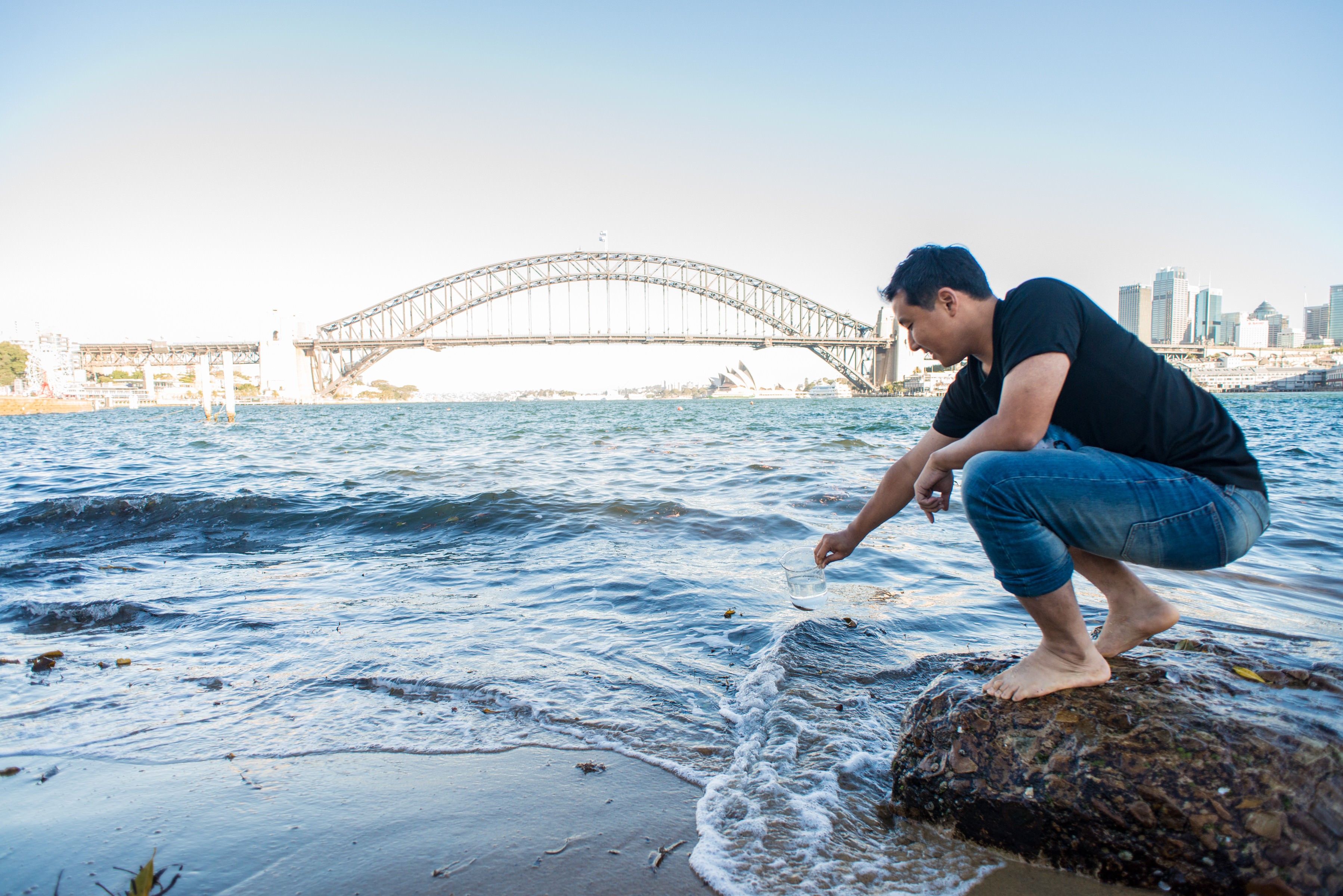 Looking for a challenge, Seo and his colleagues took water samples from Sydney Harbour and ran it through a commercially available water filter, coated with Graphair.

Researchers from QUT, the University of Sydney, UTS, and Victoria University then tested and analyzed its water purification qualities.

The breakthrough potentially solves one of the great problems with current water filtering methods: fouling.

Over time, chemical and oil based pollutants coat and impede water filters, meaning contaminants have to be removed before filtering can begin. Tests showed Graphair continued to work even when coated with pollutants.

Without Graphair, the membrane’s filtration rate halved in 72 hours. When the Graphair was added, the membrane filtered even more contaminants (99 percent removal) faster.

“This technology can create clean drinking water, regardless of how dirty it is, in a single step,” Seo says. “All that’s needed is heat, our graphene, a membrane filter and a small water pump. We’re hoping to commence field trials in a developing world community next year.”

CSIRO is looking for industry partners to scale up the technology so it can be used to filter a home or even town’s water supply. It’s also investigating other applications such as the treatment of seawater and industrial effluents.