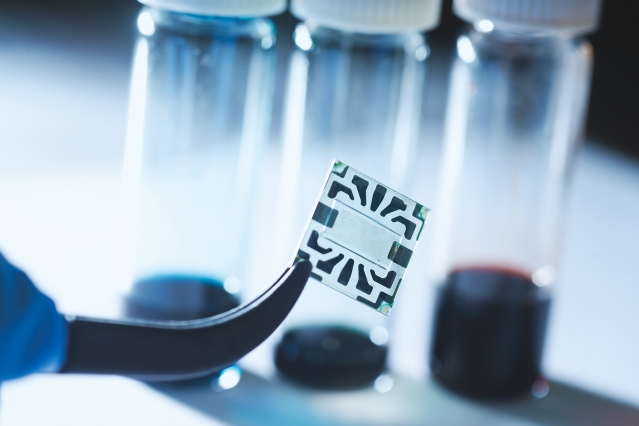 A new flexible, transparent solar cell made from graphene could transform how solar cells are utilized.

Researchers from the Massachusetts Institute of Technology (MIT) have developed a low cost, organic material with electrodes of graphene that enables the method of depositing a one-atom thick layer of graphene onto a solar cell without damaging nearby sensitive organic materials.

“It’s rare to find materials in nature that are both electrically conductive and optically transparent,” Professor Jing Kong of the Department of Electrical Engineering and Computer Science (EECS), said in a statement.

The researchers grew a sheet of graphene on copper foil and then transferred it onto a substrate by depositing a layer of polymer on top of the graphene sheet to support it and then using an acidic solution to etch the copper foil off the back.

The researchers then turned the floating graphene polymer stack into a kind of stamp, which they then added glue to.

Transparent solar cells have previously required expensive, brittle electrodes that tend to crack when the device is flexed. However, graphene could enable flexible, low cost, transparent solar cells that can convert virtually any surface—including walls and windows—into a source of electric power.

Photovoltaic solar cells are made of organic compounds and are cheaper and easier to manufacture than inorganic silicon solar cells. They are also lighter and more flexible, making them easier to transport, including to remote regions with no central power grid.

Organic materials often absorb the ultraviolet and infrared components of sunlight but transmit the visible part that human eyes can detect, requiring organic solar cells to be mounted on surfaces and harvest energy without being noticed by humans.

Graphene is an ideal material because it is highly conductive, flexible, robust and transparent, while just being one nanometer thick.

However, until now it was difficult to deposit graphene electrodes onto the solar cell because most solar cells are built on substrates like glass or plastic.

“The HTL (hole transport layer) dissolves in water and the organic materials just below it are sensitive to pretty much anything, including water, solvents, and heat,” EECS graduate student Yi Song, a 2016-2017 Eni-MIT Energy Fellow and a member of Kong’s Nanomaterials and Electronics Group. As a result, researchers have typically persisted in using an ITO electrode on the top, said in a statement.

Graphene also requires two electrodes to play different roles, which would require changing the work function of one of them so the electrons would know which way to go.