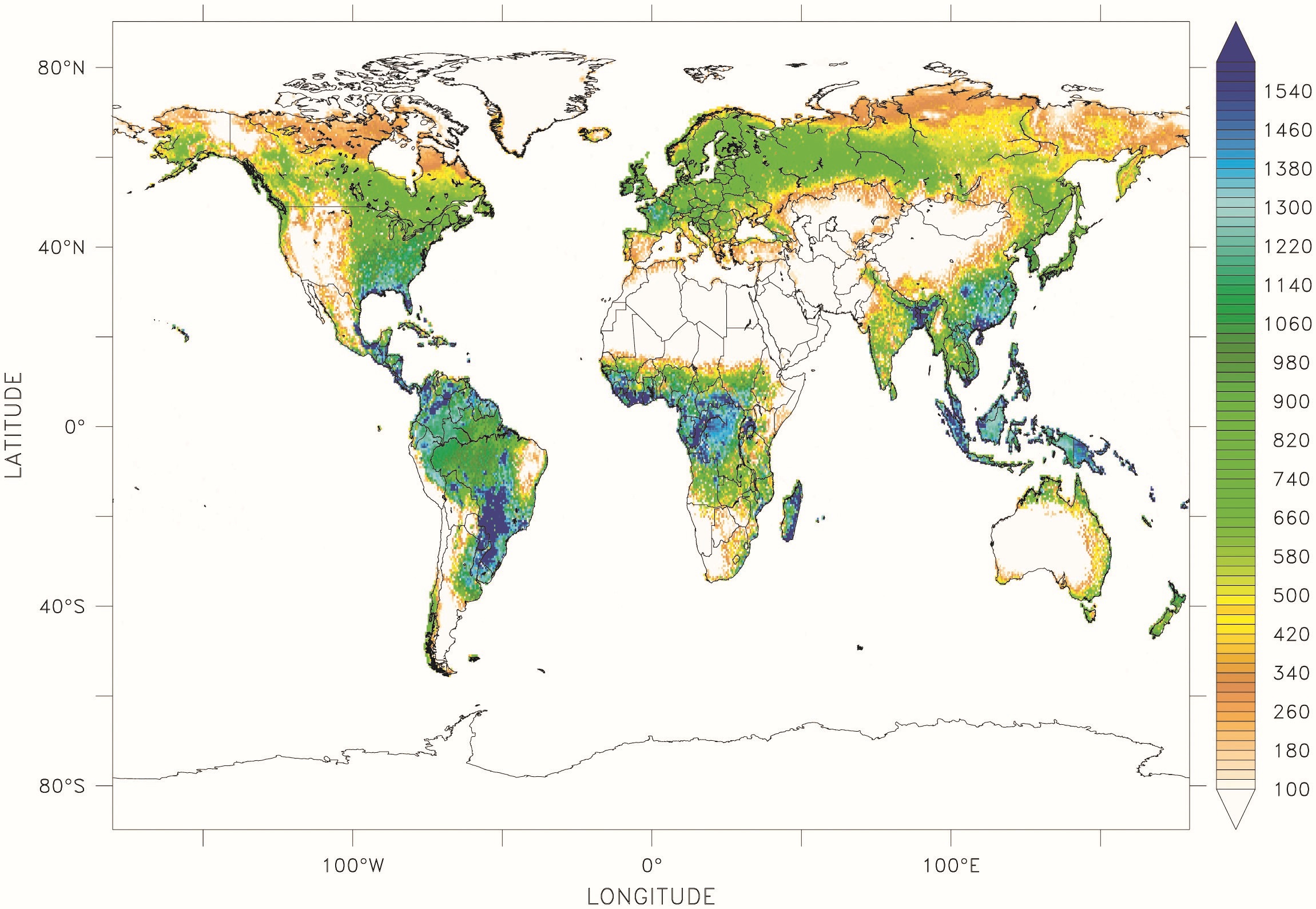 Annual primary net production of ecosystems, simulated as an annual average for the period 2010-2016 using the ORCHIDEE model. (Image: Courtesy of the European Commission)

Understanding the large-scale interactions between vegetation and the climate in assessing how to mitigate and adapt to climate change is a major challenge, both for scientists and for society in general. These analyses are based on the design of complex models that enable the representation of the operation of large terrestrial ecosystems. These models are one of the components of Earth system models but are being increasingly used for large-scale impact studies.

A team of researchers from several laboratories, including IPSL, IGE/LGGE and Beijing University, used 2 million working hours on CURIE, GENCI’s supercomputer, to model the terrestrial biosphere in order to understand the interactions between vegetation and climate.

The project was led by Nicolas Viovy, researcher and modelling specialist senior expert at CEA, and it was based on the ORCHIDEE model, one of the leading international vegetation models and a component in the IPSL climate model. Using high performance computing resources, the researchers aimed to develop our understanding of the interactions between vegetation and climate within past and future climates.

For example, they have identified areas in Europe where more carbon could be stored in forests without creating a warming effect on the local climate, identifying the best management scenario to be adopted at each point.

In this project, the researchers also worked to understand the role of large herbivores in the operation of ecosystems during the last period of maximum glaciation. It seems that, despite a lower level of vegetation production, the number of large herbivores was bigger than in the more recent period. The analysis showed that actually it was the much larger size of the animals at the time that enabled the maintenance of high population levels despite an unfavorable climate, but also that these herbivores had a positive impact on the production of biomass.