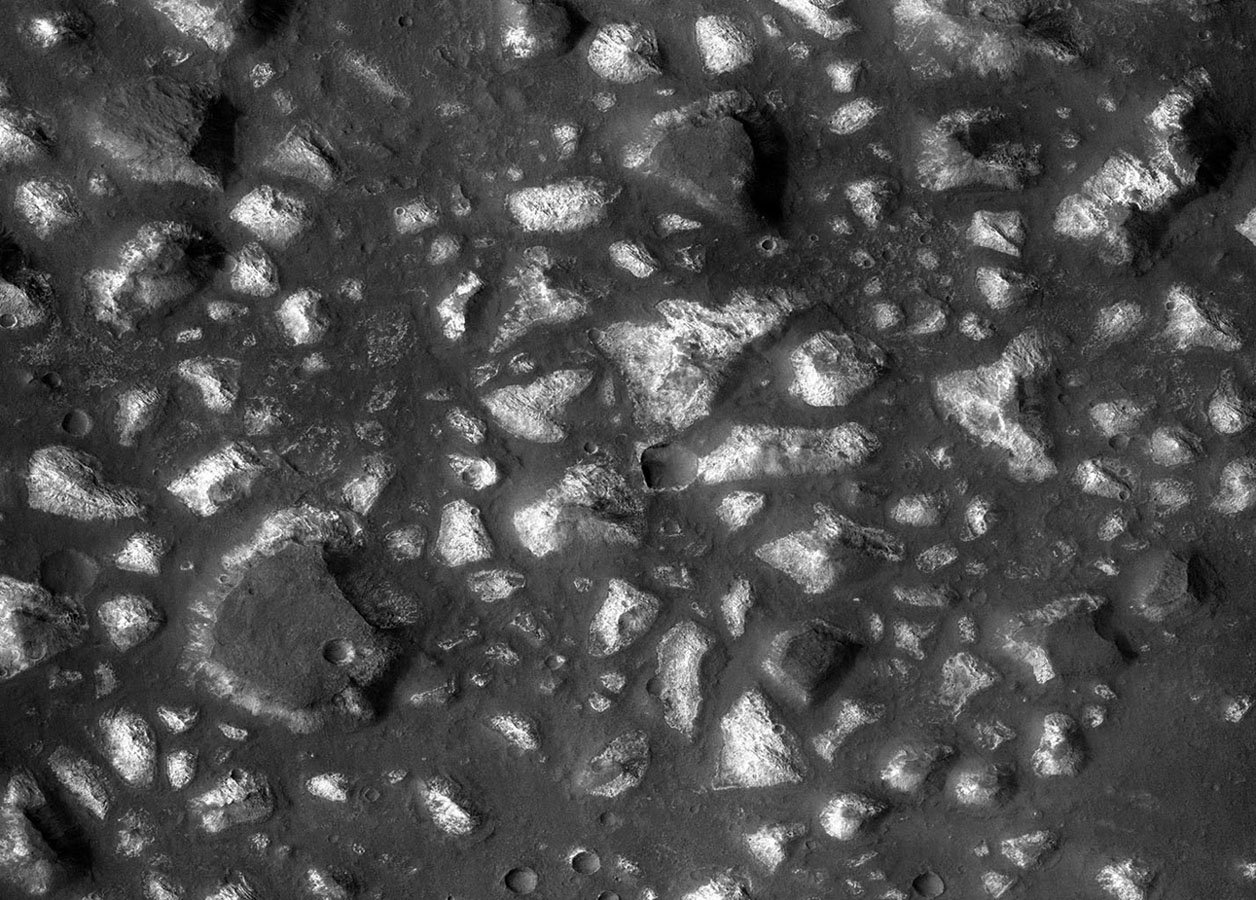 This view of a portion of the Eridania region of Mars shows blocks of deep-basin deposits that have been surrounded and partially buried by younger volcanic deposits. Image credit: NASA/JPL-Caltech/MSSS

A new study could offer clues into the possibility of life on Mars.

According to a recent international report from NASA’s Mars Reconnaissance Orbiter, massive deposits in a basin on southern Mars may have been formed by heated water from a volcanically active part of the planet’s crust entering the bottom of a large sea, hinting that life may be possible.

“Even if we never find evidence that there’s been life on Mars, this site can tell us about the type of environment where life may have begun on Earth,” Paul Niles of NASA’s Johnson Space Center, Houston, said in a statement. “Volcanic activity combined with standing water provided conditions that were likely similar to conditions that existed on Earth at about the same time—when early life was evolving here.”

The study shows that the ancient Eridania sea held about 50,000 cubic miles of water at one point.

With a mix of serpentine, talc and carbonate and the shape and texture of the thick bedrock layers, the researchers were able to identify the possible seafloor hydrothermal deposits.

The area has lava flows that post-date the disappearance of the sea, which is evidence that the area of Mars’ crust with a volcanic susceptibility could have produced effects earlier when the sea was present.

The new data suggests that there was a diversity of wet environments on Mars including rivers, lakes, deltas, seas, hot springs, groundwater and volcanic eruptions beneath ice.