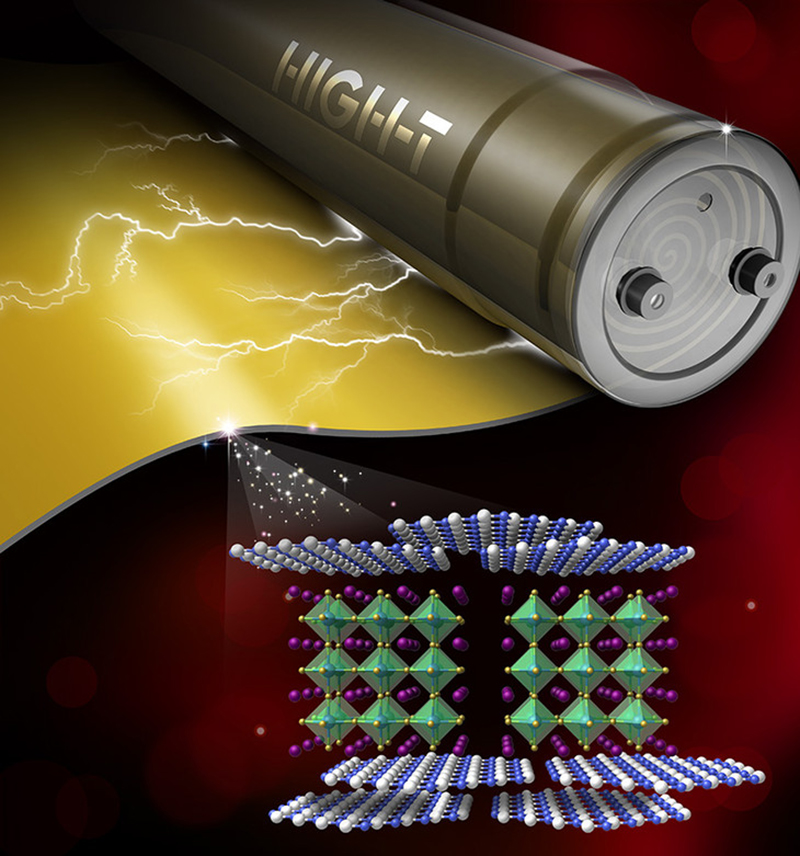 The energy-storage goal of a polymer dielectric material with high energy density, high power density and excellent charge-discharge efficiency for electric and hybrid vehicle use has been achieved by a team of Penn State materials scientists. The key is a unique three-dimensional sandwich-like structure that protects the dense electric field in the polymer/ceramic composite from dielectric breakdown. Their results are published today (Aug. 22) in the Proceedings of the National Academy of Sciences (PNAS).

“Polymers are ideal for energy storage for transportation due to their light weight, scalability and high dielectric strength,” said Qing Wang, professor of materials science and engineering and the team leader. “However, the existing commercial polymer used in hybrid and electric vehicles, called BOPP, cannot stand up to the high operating temperatures without considerable additional cooling equipment. This adds to the weight and expense of the vehicles.”

The researchers had to overcome two problems to achieve their goal. In normal two-dimensional polymer films such as BOPP, increasing the dielectric constant, the strength of the electric field, is in conflict with stability and charge-discharge efficiency. The stronger the field, the more likely a material is to leak energy in the form of heat. The Penn State researchers originally attacked this problem by mixing different materials while trying to balance competing properties in a two-dimensional form. While this increased the energy capacity, they found that the film broke down at high temperatures when electrons escaped the electrodes and were injected into the polymer, which caused an electric current to form.

“That’s why we developed this sandwich structure,” Wang said. “We have the top and bottom layers that block charge injection from the electrodes. Then in the central layer we can put all of the high dielectric constant ceramic/polymer filler material that improves the energy and power density.”

The outer layers, composed of boron nitride nanosheets in a polymer matrix, are excellent insulators, while the central layer is a high dielectric constant material called barium titanate.

“We show that we can operate this material at high temperature for 24 hours straight over more than 30,000 cycles and it shows no degradation,” Wang added.

A comparison of BOPP and the sandwich structure nanocomposite, termed SSN-x, in which the x refers to the percentage of barium titanate nanocomposites in the central layer, shows that at 150 degrees C, SSN-x has essentially the same charge-discharge energy as BOPP at it typical operating temperature of 70 degrees C. However, SSN-x has several times the energy density of BOPP, which makes SSN-x highly preferable for electric vehicle and aerospace applications as an energy storage device due to the ability to reduce the size and weight of the electronics significantly while improving system performance and stability. The elimination of bulky and expensive cooling equipment required for BOPP is an additional bonus.

“Our next step is to work with a company or with more resources to do processability studies to see if the material can be produced at a larger scale at a reasonable cost,” Wang says. “We have demonstrated the materials performance in the lab. We are developing a number of state-of-the-art materials working with our theory colleague Long-Qing Chen in our department. Because we are dealing with a three-dimensional space, it is not just selecting the materials, but how we organize the multiple nanosized materials in specific locations. Theory helps us design materials in a rational fashion.”