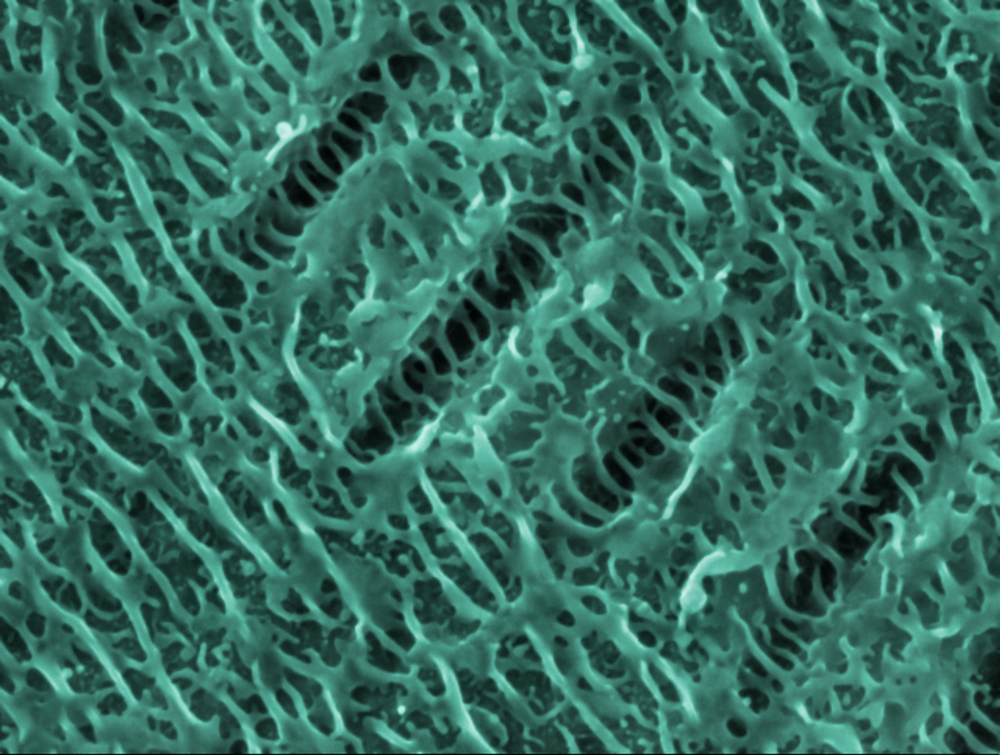 Most electronic devices currently contain silicon-based chips. Other semiconducting materials show potential, but need further research to become commercially viable. Researchers at KAUST have thoroughly analyzed one such material—metal-nitride nanowires—bringing them a step closer to being useful.

When metal-nitride semiconductors are arranged into nano-sized wires they become extra sensitive to light, opening possibilities for optical electronics. One notable challenge however is that although metal-nitride nanowires perform well at low temperatures, thermal effects can greatly affect their performance at room temperature. To address this problem, Nasir Alfaraj with his Ph.D. supervisor Xiaohang Li and coworkers at KAUST have produced the most detailed study yet of these thermal effects1.

The researchers prepared gallium-nitride (GaN)-based nanowires in a p-i-n structure—a sandwich with layers of so-called p-type and n-type versions of the semiconductor surrounding an unaltered layer. N-type semiconductors are doped with materials that provide extra electrons, while p-types are doped with materials with fewer electrons, leaving “holes” in the crystal structure. Both electrons and holes act as charge carriers, giving semiconductor devices their useful electronic properties.

More specifically, when an electric field acts across a nanowire, the balance of electrons and holes can be affected, pumping heat away from the device in the form of thermal radiation. The devices effectively act as mini refrigerators, and their performance declines as they cool.

To quantify this effect, Alfaraj and co-workers directed a titanium-sapphire laser onto their nanowires and measured the photoluminescent emissions that came out of the sample. They were then able to calculate the “photoinduced entropy” of the system: a thermodynamic quantity that represents the unavailability of a system’s energy for conversion into work due to luminescence refrigeration.

At system temperatures above 250 K, the electron-hole nonradiative recombination processes become dominant–electrons fall into holes, causing a rise in photoinduced entropy and reducing the device performance.

“We plan to investigate photoinduced entropy in other materials, such as aluminum-gallium-nitride and zinc-oxide nanowires,” said Alfaraj. “We will also compare different nanowire diameters and investigate other structures, such as thin films.”

These studies will assist engineers in making metal-nitride nanowire devices that are thermally stable and suitable for everyday use.