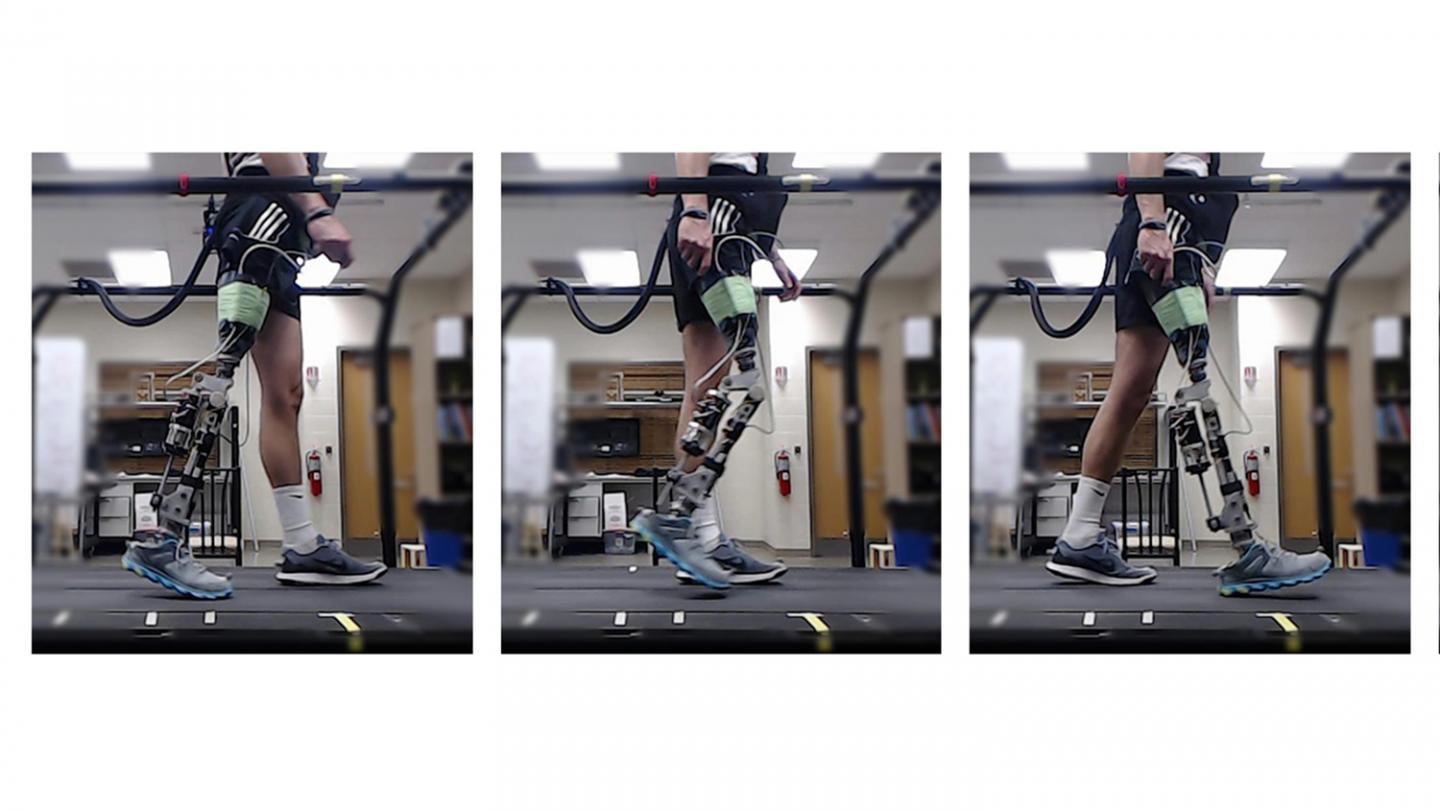 Researchers from North Carolina State University, the University of North Carolina and Arizona State University have developed an intelligent system for ‘tuning’ powered prosthetic knees, allowing patients to walk comfortably with the prosthetic device in minutes, rather than the hours necessary if the device is tuned by a trained clinical practitioner. The system is the first to rely solely on reinforcement learning to tune the robotic prosthesis.

A new technique could reduce the time and discomfort of adjusting to a new prosthetic knee.

After receiving the prosthetic knee, the device is tuned to tweak 12 different control parameters to accommodate the specific patient and address prosthesis dynamics like joint stiffness throughout the entire gait cycle.

Traditionally, a practitioner works directly with the user to modify a handful of parameters in a process that could take several hours.  However, by using a computer program that utilizes reinforcement learning—a type of machine learning—to modify all 12 parameters simultaneously, the new system allows patients to use their powered prosthetic knee to walk on a level surface after approximately 10 minutes of use.

“We begin by giving a patient a powered prosthetic knee with a randomly selected set of parameters,” Helen Huang, co-author of a paper on the work and a professor in the Joint Department of Biomedical Engineering at NC State and UNC, said in a statement. “We then have the patient begin walking, under controlled circumstances.

According to Huang, the model deciphers which parameter settings will improve performance and which ones impair performance.

“Using reinforcement learning, the computational model can quickly identify the set of parameters that allows the patient to walk normally,” she said. “Existing approaches, relying on trained clinicians, can take half a day.”

The researchers are currently testing the technology in a clinical setting with the hopes of developing a wireless version of the system that would allow users to continue to fine-tune the powered prosthesis parameters being used in real-world conditions.

“This work was done for scenarios in which a patient is walking on a level surface, but in principle, we could also develop reinforcement learning controllers for situations such as ascending or descending stairs,” Jennie Si, co-author of the paper and a professor of electrical, computer and energy engineering at ASU, said in a statement.

They are also working on reinforcement learning from the system’s control perspective, which accounts for sensor noise, interference from the environment and the demand of the system safety and stability. This is challenging because while learning to control in real time, the device is simultaneously affected by the user.

“This is a co-adaptation problem that does not have a readily available solution from either classical control designs or the current, state-of-the-art reinforcement learning controlled robots,” Si said. “We are thrilled to find out that our reinforcement learning control algorithm actually did learn to make the prosthetic device work as part of a human body in such an exciting applications setting.”

They also plan to make the process more efficient in a number of ways, including the ability to identify the combinations of parameters that are more or less likely to success and for the model to focus first on the most promising parameter setting.

Another improvement for the prosthesis moving forward will take into account factors like gait performance and user preference.

The study was published in IEEE Transactions on Cybernetics.