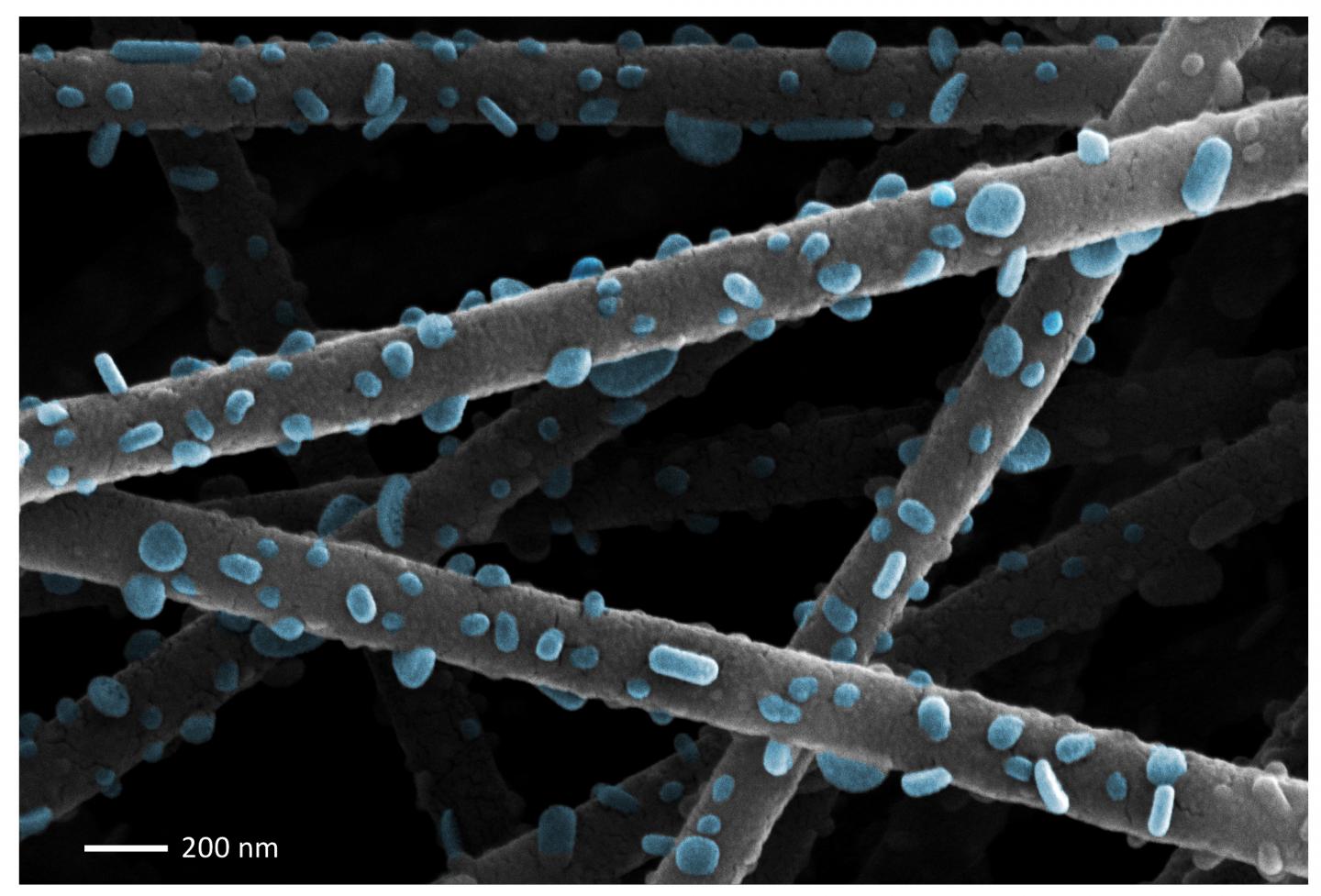 Nanoparticles are visible on the surface of a fuel cell produced by a technology known as electrospinning, which could speed the commercial development of devices, materials and technologies that exploit the physical properties of nanoparticles. Credit: Dr Norbert Radacsi

An inexpensive way to make products incorporating nanoparticles – such as high-performance energy devices or sophisticated diagnostic tests – has been developed by researchers.

The process could speed the commercial development of devices, materials and technologies that exploit the physical properties of nanoparticles, which are thousands of times thinner than a human hair.

The particles’ small size means they behave differently compared with conventional materials, and their unusual properties are inspiring research towards new applications.

Engineers demonstrated their manufacturing technique, known as electrospinning, by building a fuel cell – a device that converts fuels into electrical power without combustion.

Their device was produced featuring strands of nanoscale fibres incorporating nanoparticles on the surface. It offers a high contact area between the fuel cell components and the oxygen in the air, making it more efficient.

Researchers at the University of Edinburgh and California Institute of Technology built their fuel cell using a nozzle-free electrospinning device – a rotating drum in a bath of liquid under high voltage and temperature.

Nanofibres are produced from the liquid on the surface of the drum, which are spun onto an adjacent hot surface. As the fibres cool to form a fuel cell component, nanocrystals emerge on their surface, creating a large surface area.

Tests showed the nanofibre fuel cell performed better than conventional components. Such devices are very difficult to manufacture by other techniques, researchers say. The study, published in Nature Communications, was funded by the US Department of Energy.

Dr Norbert Radacsi, of the University of Edinburgh’s School of Engineering, who led the study, said: “Our approach of electrospinning offers a quick and inexpensive way to form nanomaterials with high surface area. This could lead to products with improved performance, such as fuel cells, on an industrial scale.”