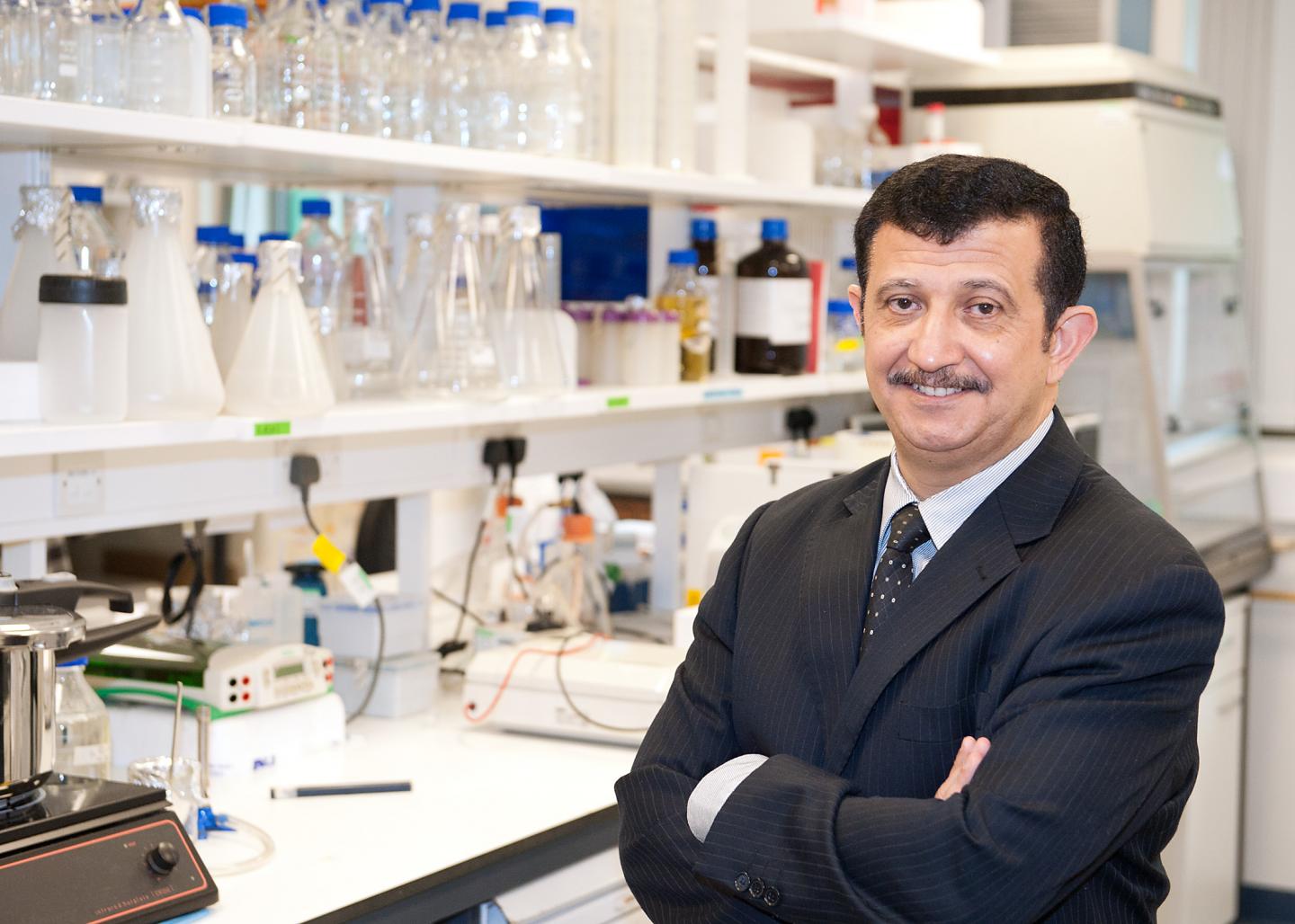 A potential new drug to tackle the highly aggressive ‘triple negative’ breast cancer – and a nanoparticle to deliver it directly into the cancer cells – have been developed by UK researchers.

The drug is a peptide (fragment of a protein) discovered by Professor Mohamed El-Tanani at the University of Bradford’s Institute for Cancer Therapeutics. Professor El-Tanani has shown in computer models that the peptide blocks a protein called RAN which helps cancer cells to divide and grow. High levels of RAN have been linked to aggressive tumour growth, cancer spread, resistance to chemotherapy and poor prognosis in a number of cancers, including triple negative breast cancer (TNBC).

“We knew we’d need a novel delivery mechanism for this drug because peptides on their own are unstable and they can degrade too quickly to be effective,” explains Professor El Tanani. “Using a nanoparticle as a delivery mechanism was the perfect solution.”

Working with colleagues from Ulster University, Sunderland and Queen’s University Belfast, the team developed a nanoparticle from a biodegradable polymer that could encapsulate the peptide. They tested various different polymers in order to determine which was most effective at helping the protein enter the cancer cells and attack them.

Laboratory tests showed that when this nanoparticle, loaded with the peptide, was added to the triple negative breast cancer cells, the cells would actively take it in. Their growth rate then reduced, they stopped replicating and around two thirds of the cells died within 24 hours. This compared with the peptide on its own, or an empty nanoparticle, which had no impact on the cells’ growth.

The researchers also confirmed that the drug was killing the cancer cells through the mechanism they had seen in their computer models – by blocking the action of RAN which plays an important role in cell division and growth.

Previous research by Professor El-Tanani has shown that blocking RAN can also prevent or even reverse resistance to chemotherapy in small cell lung cancer.

Between 10-20 per cent of breast cancers are found to be triple negative – which means the cancer does not have receptors for the hormones oestrogen and progesterone or the protein HER2. This limits the range of treatments that can be used, resulting in poorer prognosis and increased risk of recurrence.

“By developing a nanoparticle that can help this peptide enter triple negative breast cancer cells and block RAN we’ve brought this potential new treatment a step closer to the clinic,” said Professor El-Tanani. “We’re already working on in vivo tests of the nanoparticle in a triple negative breast cancer model and are thinking ahead to taking this drug into clinical trials.”

Professor El-Tanani is also working on a number of other potential RAN inhibitors, including a ‘repurposed’ drug that has been already pre-clinically validated in breast and lung cancer and is ready for clinical trials. The University of Bradford is actively seeking further funding and investor support to support the development of these drug candidates.

The findings are published in the International Journal of Pharmaceutics.