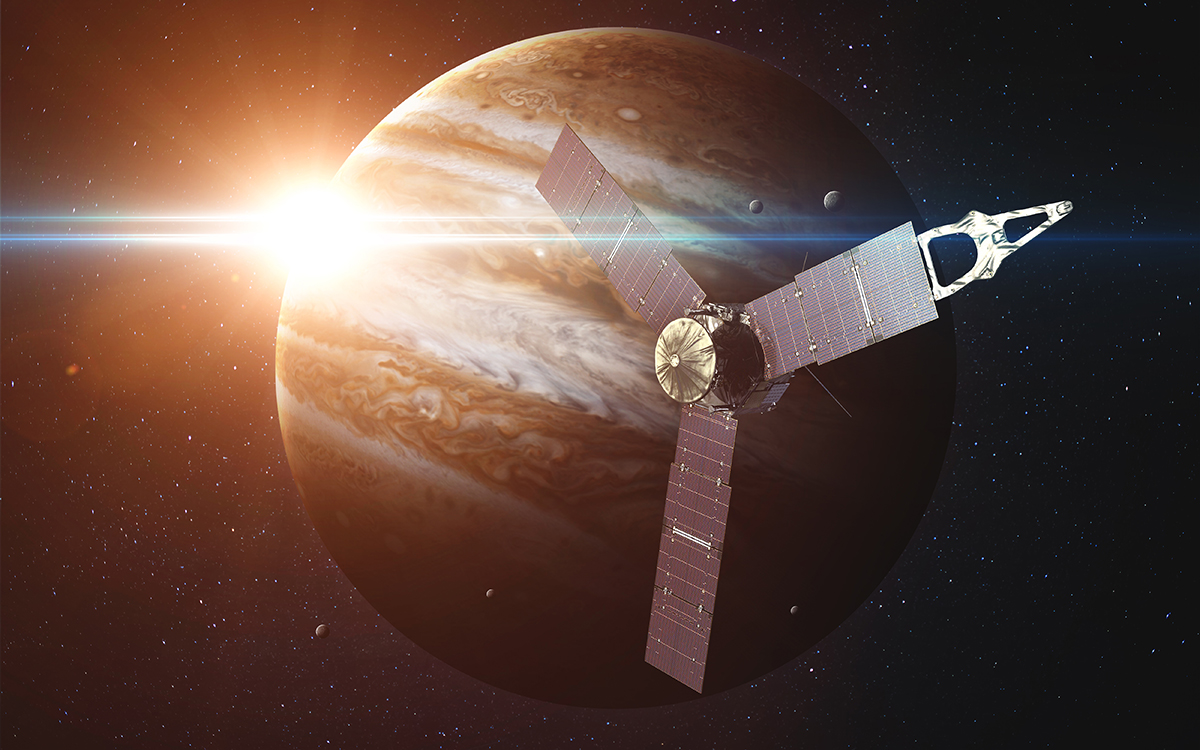 NASA has halted a planned close flyby of Jupiter due to a software issue with Juno. (Credit: NASA)

NASA has temporarily pulled the plug on a planned flyby of Jupiter for data collection just a few hours before it was scheduled to take place after a software performance monitor induced a reboot of the spacecraft’s onboard computer.

“At the time safe mode was entered, the spacecraft was more than 13 hours from its closest approach to Jupiter,” Rick Nybakken, Juno project manager from NASA’s Jet Propulsion Laboratory in Pasadena, Calif., said in a NASA statement. “We were still quite a ways from the planet’s more intense radiation belts and magnetic fields. The spacecraft is healthy and we are working our standard recovery procedure.”

Juno is designed to enter into safe mode if the onboard computer perceives conditions are not as expected and in this case safe mode was able to turn off the instruments and a few non-critical spacecraft components.

NASA will once again attempt a close flyby on Dec. 11, with all science instruments on.

Unrelated to the software problems, mission managers are continuing to study the performance of a pair of valves that are part of the spacecraft’s propulsion system. NASA decided to postpone a burn of Juno’s main engine that would have reduced the spacecraft’s orbital period from 53.4 to 14 days.

The science team will continue to analyze returns from the first close flyby on Aug. 27, which includes that Jupiter’s magnetic fields and aurora are bigger and more powerful than originally thought.

Juno’s Microwave Radiometer (MWR) instrument, which can peer about 215 to 250 miles below Jupiter’s clouds, also provided data that gives mission scientists their first look below the planet’s swirling cloud deck.

“With the MWR data, it is as if we took an onion and began to peel the layers off to see the structure and processes going on below,” Principal Investigator Scott Bolton, of Southwest Research Institute in San Antonio, said in the statement. “We are seeing that those beautiful belts and bands of orange and white we see at Jupiter’s cloud tops extend in some version as far down as our instruments can see, but seem to change with each layer.”

Raw images from the JunoCam public outreach camera also was operating during the Aug. 27 flyby and is available for the public to view and to process into final image products. JunoCam is the first outreach camera to venture beyond the asteroid belt.

“JunoCam has a small operations team and no image processing team, so we took a leap of faith that the public would step up and help us generate images of Jupiter from the raw data,” Candy Hansen, JunoCam imaging scientist from the Planetary Science Institute in Tucson, said the statement. “All sorts of people are coming to the JunoCam site and providing their own aesthetic. We have volunteers from all over the world, and they are doing beautiful work. So far all our expectations for JunoCam have not only been met but are being exceeded, and we’re just getting started,” she added.

The Juno spacecraft launched on Aug. 5, 2011, from Cape Canaveral, Florida and arrived at Jupiter on July 4, 2016. Juno is part of NASA’s New Frontiers Program, which is managed at NASA’s Marshall Space Flight Center in Huntsville, Ala., for NASA’s Science Mission Directorate. Lockheed Martin Space Systems, Denver, built the spacecraft. Caltech in Pasadena, manages JPL for NASA.