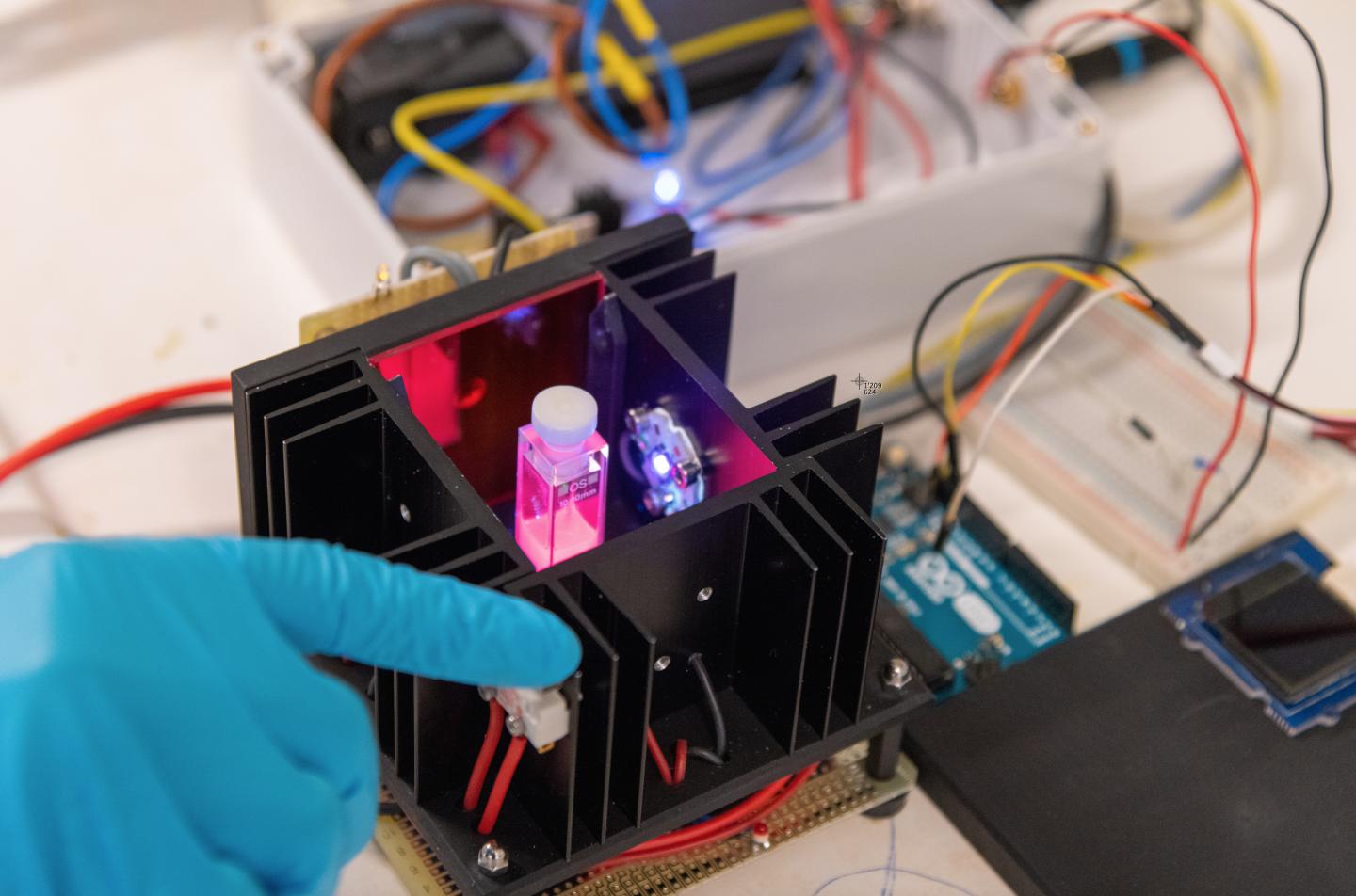 Adding fluoride to water has been common practice in a number of countries, including the US, Australia, Brazil, Malaysia, India and Vietnam. In low concentrations (below 1.5 mg/L) can help prevent tooth decay and even strengthen bones, but going above that can have the opposite effect, causing serious dental and bone disease, especially in children and developing fetuses.

To keep things in check, the WHO has set 1.5 mg/L as the maximum limit for fluoride in drinking water. “To determine whether drinking water is safe we need to detect fluoride in water at the level of parts-per-million (ppm),” says Kyriakos Stylianou at the Laboratory of molecular simulation at EPFL Valais Wallis. “Around 1-1.5 ppm is good for teeth, but in many countries the water sources have concentrations above 2 ppm can cause serious health issues.”

But measuring fluoride at such low concentrations with sufficient accuracy is expensive and requires a well-equipped chemical lab. Because of this, fluoride contamination in water affects a number of developing countries today, and even parts of developed countries.

Led by Stylianou, a team of scientists have now built a device that can accurately measure fluoride concentrations using only a few drops of water – even with low-level contamination – resulting in a simple change in color brightness. Published in the Journal of the American Chemical Society (JACS), the device is named SION-105, is portable, considerably cheaper than current methods, and can be used on-site by virtually anyone.

The key to the device is the design of a novel material that the scientists synthesized (and after which the device is named). The material belongs to the family of “metal-organic frameworks” (MOFs), compounds made up of a metal ion (or a cluster of metal ions) connected to organic ligands, thus forming one-, two-, or three-dimensional structures. Because of their structural versatility, MOFs can be used in an ever-growing list of applications, e.g. separating petrochemicals, detoxing water, and getting hydrogen or even gold out of it.

SION-105 is luminescent by default, but darkens when it encounters fluoride ions. “Add a few droplets of water and by monitoring the color change of the MOF one can say whether it is safe to drink the water or not,” explains Mish Ebrahim, the paper’s first author. “This can now be done on-site, without any chemical expertise.”

The researchers used the device to determine the fluoride content in different groundwater samples from Vietnam, the United Arab Emirates, and Saudi Arabia. The data corresponded very well when compared to measurements made using ion chromatography, a standard method for measuring fluoride concentration in water.

“This comparison showcases the performance and reliability of SION-105, which, coupled with the portability and ease-of-use of the device, make it a very user-friendly solution for water sampling in remote areas where frequent fluoride concentration monitoring is paramount,” says Stylianou.