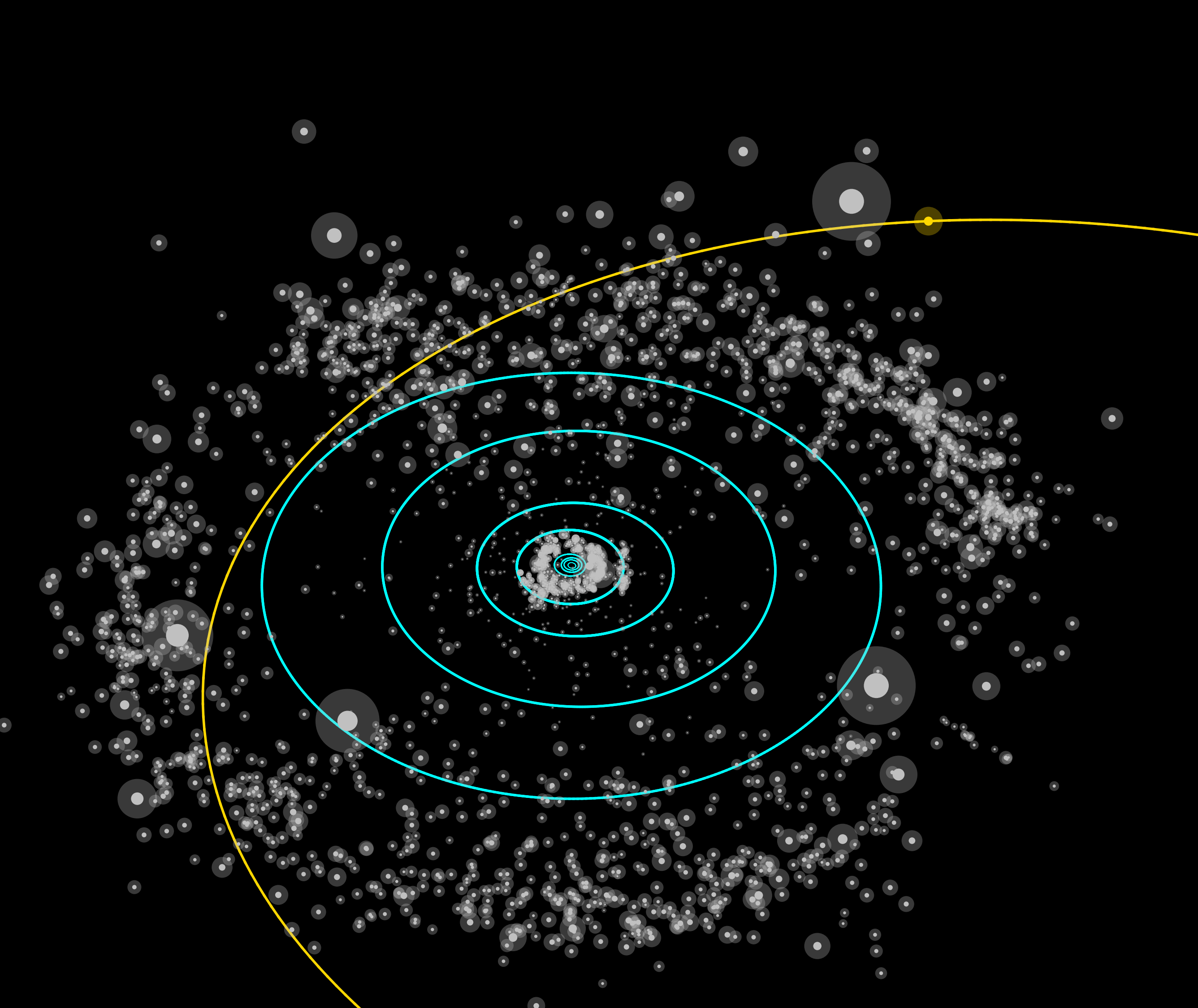 Rendering of the orbit of RR245 (orange line). Objects as bright or brighter than RR245 are labeled. The blue circles show the projected orbits of the major planets. The Minor Planet Center describes the object as the 18th largest in the Kuiper Belt. (Credit: Alex Parker OSSOS team)

Another celestial presence has been discovered on the outskirts of our solar system.

A dwarf planet has been found residing in a series of small icy worlds located past Neptune, according to new research performed by an international team of astronomers.

The team found the planet, designated 2015 RR425, using the Canada-France-Hawaii Telescope as part of the Outer Solar Systems Origins Survey, an ongoing observation geared towards identifying objects stationed past Neptune.

The International Astronomical Union (IAU) defines a dwarf planet “as an object orbiting the Sun that is big enough to be rounded out by its own gravitational pull,” according to The Verge.

The planet is estimated to be about 435 miles wide making it the 18th largest object in this part of the solar system, and has one of the largest orbits of a dwarf planet. It will take 2015 RR245 about 700 years to make a complete trip around the sun.

So far, only five dwarf planets have been recognized by the IAU — four in the Kuiper Belt and one in the Asteroid Belt called Ceres.

RR245 is believed to have a landscape comprised of frozen water and nitrogen along with some carbon monoxide, reported The Guardian.

The planet appeared after the scientists analyzed a bright spot that was moving slowly through a series of images taken by the telescope in September 2015.

Its current name is only a placeholder as researchers will seek to come up with a new one.