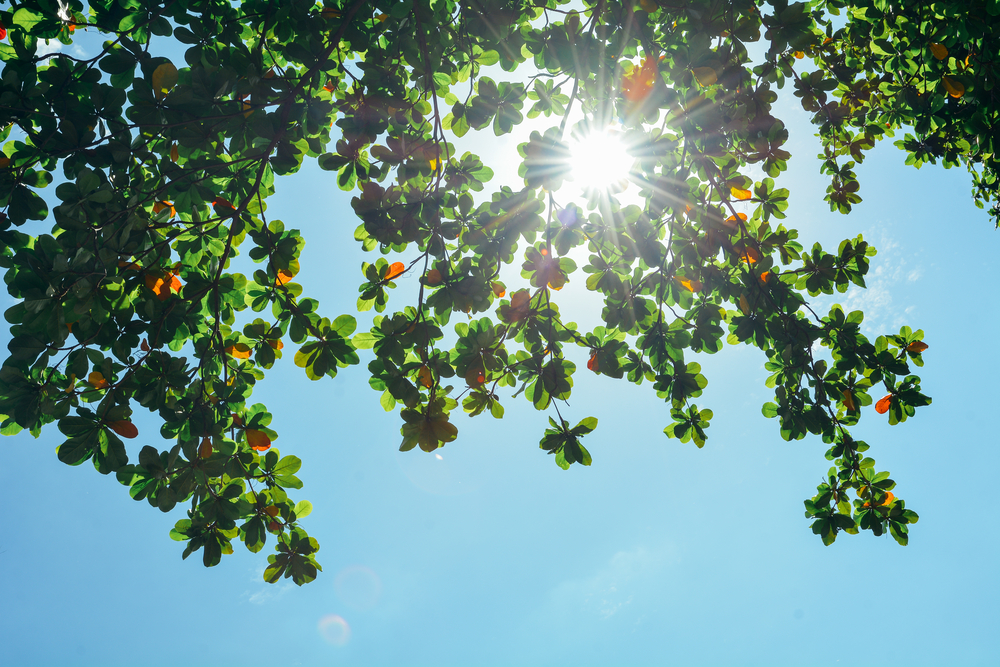 A new study led by a research scientist at the Department of Energy’s Lawrence Berkeley National Laboratory (Berkeley Lab) highlights a literally shady practice in plant science that has in some cases underestimated plants’ rate of growth and photosynthesis, among other traits.

The study, published Dec. 19 in Nature Plants, suggests that this problem may stem from a common tendency in fieldwork to report leaf measurements taken in partially shaded conditions as existing in more fully sunlit conditions.

As a result, global plant databases and models may require updating to better account for plant responses to full-sun conditions, said Trevor F. Keenan, a research scientist in Berkeley Lab’s Earth and Environmental Sciences Area who led the study.

“Often when researchers are in the field, it’s hard to get to leaves at the top of trees,” Keenan said, particularly in densely vegetated areas such as tropical forests where the canopies can reach over 100 feet in height.

“In other cases, understory plants grow mostly in the shade, so it is impossible to sample in full sun. Traits vary quite a lot in the canopy, so if you don’t sample from the top all of your samples will be biased,” he said.

Leaves at the bottom of the canopy in a tropical rainforest may receive 100 times less sunlight than those at the top of the canopy, Keenan said. And many leaf characteristics—which are integral to vital leaf functions such as carbon uptake and photosynthesis—can vary 20-fold between the top and bottom leaves on the same plant.

“For example, the highest concentration in nitrogen is at the top, where you have the most sunlight. Plants allocate a lot of nutrients there so they can ‘profit’ from it the most,” Keenan said.

Cutting to the root of a data problem

Keenan and Ülo Niinemets, a researcher from the Estonian University of Life Sciences and Estonian Academy of Sciences, evaluated leaf data from several databases—covering hundreds of plant species and spanning most regions of the world—in the latest study. They used data from those studies that reported extra information about the specific location of the sampled leaves in the canopy as a benchmark for other studies’ data. The research was conducted as Keenan and colleagues were assembling a new global database for plant research.

The misreported sun vs. shade conditions are likely most pronounced in tropical regions, Keenan said. Because these regions of tropical vegetation are also considered to be the planet’s largest “carbon sinks” in removing carbon dioxide from the atmosphere, “These are some of the most important areas to focus on,” he said.

Better accounting of light conditions that sampled leaves are growing in could help to improve models that account for plants’ total rate of photosynthesis and better quantify their role as a carbon sink, for example, and for plants’ adaptability to changing conditions. It can also identify important correlations between which plant traits are most pronounced under different lighting conditions.

More accurate sampling methods can ultimately help improve scientists’ understanding of whole ecosystem structure and function, and to understand how plants respond to factors such as climate change, the study states.

In addition to improved reporting of sunlit conditions, there is also a need for better accounting of plant ages in field studies, as age may affect leaf chemistry and function, according to the study.

“We really don’t know how plants are going to acclimate to a changing climate,” Keenan said, noting that Lab researchers are developing a theory for why plants acclimate and change their allocations of nutrients within the canopy. “We can use this to better understand why trait values vary.”

New techniques are emerging to improve data collection in the field, Keenan also said. The study notes that some field research has used a shotgun approach to sample leaves at the top of the canopy—firing a shotgun to clip off leaves that are otherwise out of reach—though this technique alters the water flow that exists in attached leaves, so it can affect photosynthesis measurements.

LIDAR, a laser-based mapping technology, has found more use in plant field work, Keenan noted, by providing 3-D images of forest structure, for example, and physics-based computer simulations are improving in their ability to model how leaves transfer energy from sunlight.

“There is definitely a path forward in technological and scientific advances, along with new measurement approaches,” he said. “There is a lot of work to be done.”