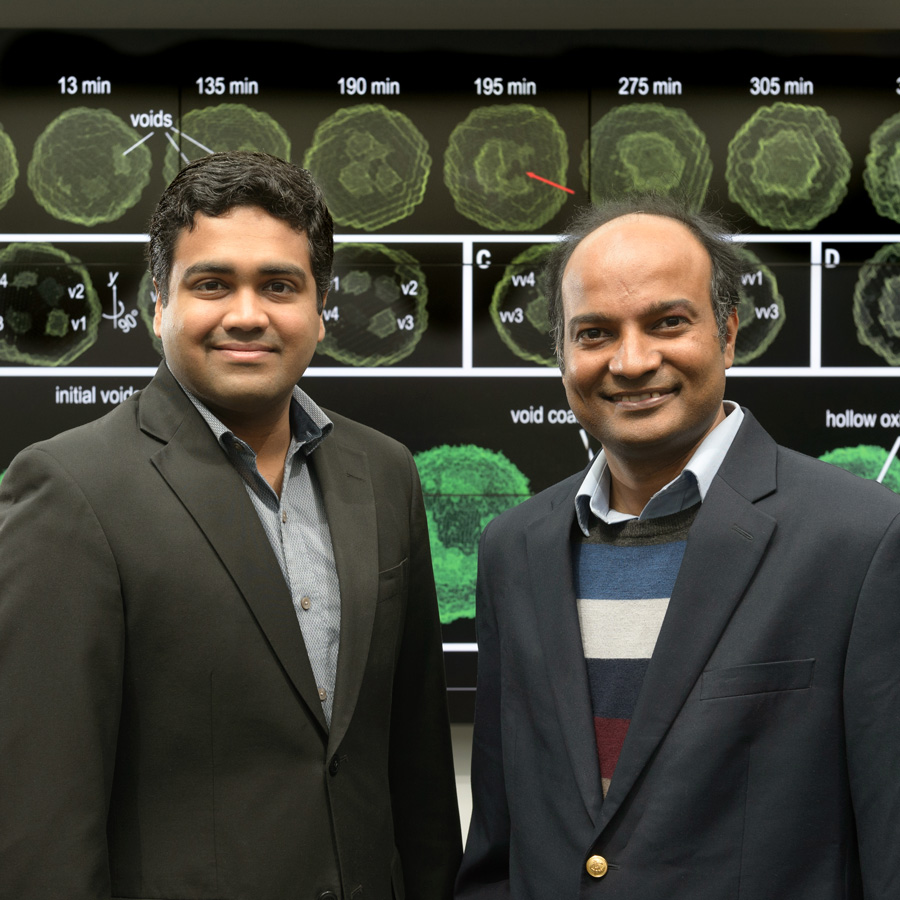 Rust usually indicates neglect; it undermines the structures and tools we rely on every day, from cars to bridges and buildings.

To achieve such control, scientists must first understand exactly how the oxidation process works. With the help of supercomputers and synchrotrons, researchers at the U.S. Department of Energy’s (DOE) Argonne National Laboratory and Temple University are illustrating the process on a finer scale than ever before.

In a paper published today in Science, Argonne and Temple University researchers describe the behavior of metal nanoparticles by watching them in real time as they oxidized. By using a combination of X-ray scattering and computational simulation, the researchers were able to observe and model the changes in nanoparticle geometry as they occurred.

This knowledge adds to our understanding of fundamental everyday reactions like corrosion, and builds a foundation for developing new techniques to image, manipulate and control such reactions at the atomic scale.

“During oxidation of metals, there is a directional flow of material across a solid/gas or solid/liquid interface which can sometimes lead to the formation of holes in the atomic lattice. This process is known as the Kirkendall effect. If well understood, it can be used to design exotic materials at the nanoscale,” said computational scientist Subramanian Sankaranarayanan, one of the principal investigators of the study and a researcher at Argonne’s Center for Nanoscale Materials.

In their study, researchers sought to understand the Kirkendall effect in small particles of iron during oxidation at the nanoscale level, specifically in the 10-nanometer range.

At this scale, roughly 10,000 times thinner than a sheet of paper, iron nanoparticles exposed to an oxygen environment exhibit a unique property – they form exotic structures, such as hollowed-out nanoparticles or nanoshells, which already have been used as electrodes in battery applications and as vehicles for drug delivery in medicine. The shape, structure and distribution of the holes in these nanoshells depend on how oxidation progresses in time.

“What we’ve done, through experimental and theoretical approaches, is build an understanding of the process itself — how these holes form and coalesce,” said co-author Badri Narayanan, an Argonne staff scientist who was a postdoctoral appointee at the time of study. “Without understanding these processes as they naturally occur, you can never hope to control them to produce new materials with exceptional functionality.”

The Argonne study was the first time-resolved analysis to use two X-ray scattering techniques to monitor structural evolution during nanoparticle oxidation in 3-D.

With these experimental techniques, researchers could see how voids formed at a relatively high spatial resolution, but not one that reached the level of individual atoms. For this insight, researchers turned to the supercomputing resources at the Argonne Leadership Computing Facility.

Computer simulations complemented the experimental observations and enabled the researchers to simulate the oxidation of iron nanoparticles atom-by-atom – meaning researchers could visualize the formation and breakage of bonds and track the movement of individual atoms.

X-ray experiments and multimillion-atom reactive simulations were performed on exactly the same particle size to facilitate direct comparison of the evolving structure.

“We needed the immense computing power of the Argonne Leadership Computing Facility’s 10-petaflop supercomputer, Mira, to perform these large-scale reactive simulations,” said Narayanan. “The simulations provided more detailed insight into the transformation of nanoparticles into nanoshells and the atomic-scale processes that govern their evolution.”

The ability to integrate synthesis and experimental methods (X-ray imaging and nanoparticle synthesis and transmission electron microscopy performed at the Center for Nanoscale Materials) with computer modeling and simulation to build new knowledge is among the most valuable aspects of the study, the authors said.

“A full 3-D evolution of morphologies of nanoparticles under real reaction conditions with sub-nanometer to atomistic resolution had not been realized until this study,” said Sankaranarayanan. “This truly exemplifies how the sum can be greater than the parts – how theory and imaging together give us information that is better than what can be obtained when these methods are used independently.”